The "Ad Astra" and "Dark Waters" music supervisor is one of IndieWire's craftspeople shaping the art of cinema today. 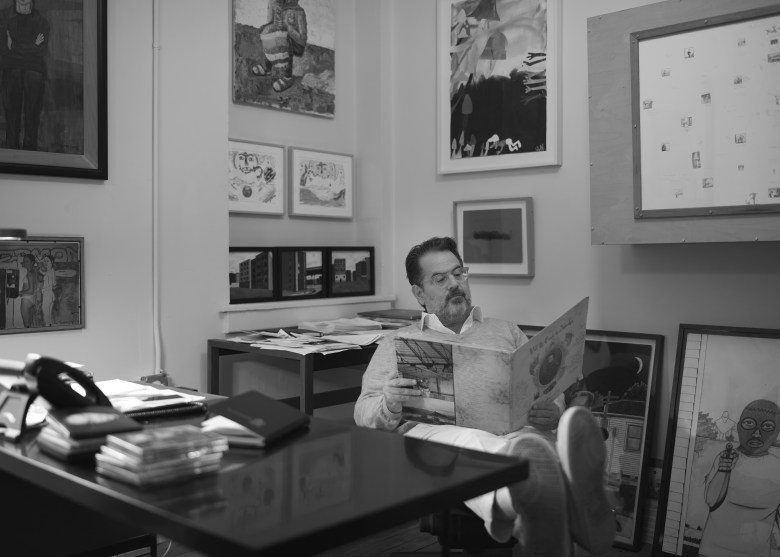 First the movies were silent, and then early Hollywood composers like Max Steiner and Erich Wolfgang Korngold filled them with sound. By the time “American Graffiti” arrived in 1973 with a chart-topping soundtrack that ranged from Fats Domino to The Beach Boys, it was clear that songs — and not just scores — could be woven into the auditory fabric of a film. Since then, the cinematic relationship between image and music has only grown more exciting, more open-ended, and more liable to get lost in translation.

Fortunately, a brilliant new breed of interpreter has emerged over the last few decades: the music supervisor. And no music supervisor has been more instrumental in shaping the best movies of the last 30 years than Randall Poster. After producing an unsuccessful indie called “A Matter of Degrees” with some of his friends in the early ’90s, Poster realized that his passion for (and encyclopedic knowledge of) music offered another path towards working alongside the world’s greatest filmmakers. It didn’t take long for him to make a name for himself: His first gig as a music supervisor was Larry Clark’s iconic “Kids,” and jobs soon followed on several more of the era’s defining features (including “Gummo” and “A Life Less Ordinary”).

But 1998 was when things went up an octave; that was the year Poster first worked with Wes Anderson and Todd Haynes. Remember the scene in “Rushmore” when The Kinks’ “Nothin’ in the World Can Stop Me Worryin’ Bout that Girl” starts playing as Bill Murray jumps off a diving board with a cigarette in his lips? That’s Poster. How about when Brian Eno’s “Needle in the Camel’s Eye” screams across the sky during the opening credits of “Velvet Goldmine”? Poster again.

“I probably take for granted how easy a conversation it is to get to the core with Randy because of his knowledge and his experience and his taste and the range of his musical ideas,” Haynes told IndieWire. “Everything kind of stops for me around the two projects that were music-driven, first ‘Velvet Goldmine’ in 1998, that soundtrack, and then the ‘I’m Not There” project … they invited a kind of creative participation and a conceptualizing of how to manifest new recordings and interlace them with original recordings of these various artists.”

In the years since, he’s collaborated with Haynes and Anderson many times over (in addition to Martin Scorsese, Noah Baumbach, Richard Linklater, Karyn Kusama, and oodles more), and had a hand in many of the most note-perfect needle drops in film history. “Hip Hop Hurray” detonating in the middle of “The Wolf of Wall Street”? That’s him. A sip from “One Mint Julep” at just the right moment in “Carol”? You get the idea.

But Poster’s value isn’t simply limited to soundtracking — he’s the director’s primary point of contact for all music-related choices, a role that often requires him to serve as a liaison between a production and the composers, rock stars, and lawyers whose contributions make it possible. Taste alone doesn’t account for why Poster has worked on more than 120 movies, in addition to winning a Grammy for “Boardwalk Empire”; his real gift is understanding the entire sonic language that holds a movie together, and making so that it feels like everyone involved on a project knew how to speak it fluently.