The “Star Wars: The Rise of Skywalker” visual effects supervisor is one of IndieWire's craftspeople shaping the art of cinema today. 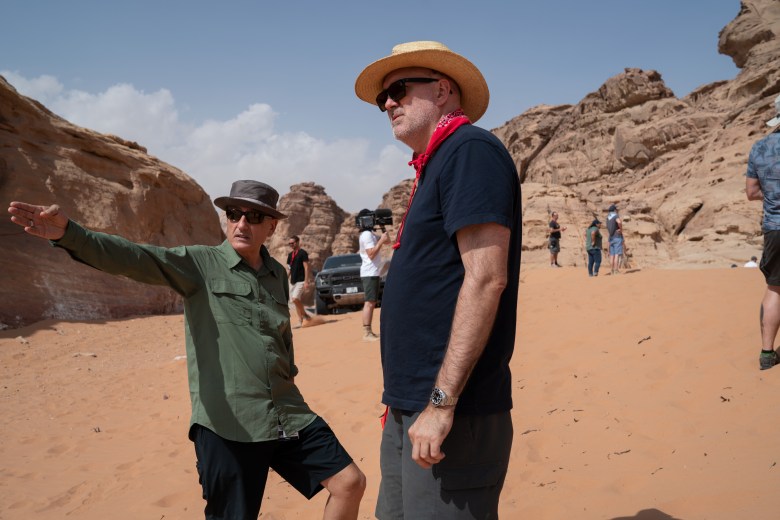 “You’ve just taken your first step into a larger world.” That isn’t just what Obi-Wan Kenobi tells Luke Skywalker when the young Jedi learner first touches the Force — it’s what a generation of moviegoers felt in 1977 when they got a first glimpse of that galaxy far, far away in “Star Wars.”

“It seemed like up ’till ‘Star Wars,’ any one of us could go, ‘That was a miniature, that was a matte painting,’” said J.J. Abrams at a 2015 Academy conversation. “Somehow, ‘Star Wars’ just wiped the table clean and said, ‘We’re starting over. We’re not going to let you see the seams, we’re not going to give you a hint of how it was done. What Roger and his team have done with ‘The Force Awakens,’ and I think better than I have ever seen… is I don’t think you know where things ended, what’s real and what isn’t.”

Weightless CGI-driven spectacles are Hollywood’s bread and butter — but Guyett’s effects have heft because they’re rooted in the physical world and meant to serve character. Throughout his entire career, 25 years of which have been spent at Industrial Light & Magic, Guyett’s specialty has been delivering believable computer-generated VFX that meld seamlessly with practical effects, from the tornadoes of “Twister” to the you-are-there immersion of the stunning D-Day sequence that opens “Saving Private Ryan.”

Guyett has also been renowned for helping launch new film franchises with distinctive, world-building effects: he was visual effects supervisor on the series starter “Harry Potter and the Sorcerer’s Stone” (2001) and series reboot “Star Trek” (2009), which deepened his collaboration with Abrams that began on “Mission: Impossible III.” The key to the effectiveness of his work is that with believability comes a greater capacity for emotional investment. That means VFX cannot be an end unto itself: Spectacle needs purpose.

“There is, in the very business I work in, the idea that more is more, that more is better,” Guyett said at that Academy conversation. “Well, they had to show a degree of restraint [on ‘Star Wars’] in 1977, so what we wanted to do was show that restraint again and make sure that the audience felt focused on what they were really watching and that they wouldn’t be overwhelmed by the surroundings or the planets.” Keep the focus on the story and the characters and the audience will be all the more impressed by the eye-candy trimmings.

Now Guyett has his biggest challenge yet: to bring the “Star Wars” saga that began 42 years ago to a close in “The Rise of Skywalker.” The trailers for the trilogy-ender suggest the most sweeping vision for a “Star Wars” film yet — Guyett’s challenge will be to ensure that as he goes bigger Abrams still has what he needs as a storyteller to go deeper.