The "Irishman" costume designer is one of IndieWire's craftspeople shaping the art of cinema today. 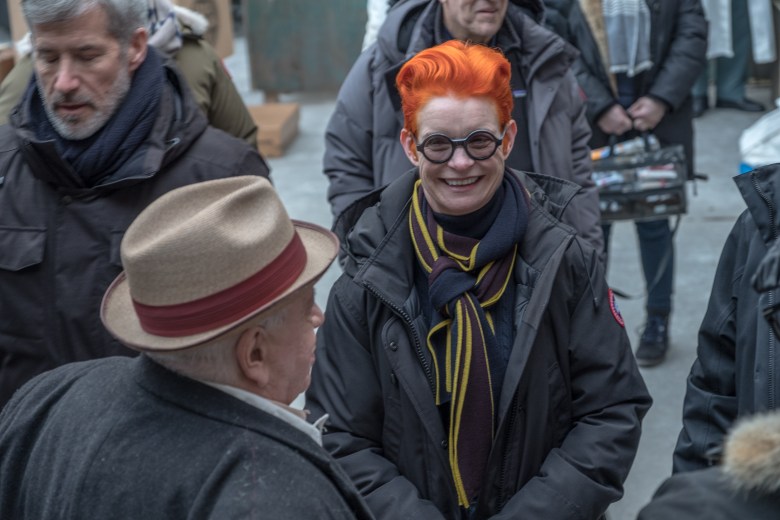 Three-time Oscar winner Sandy Powell is the rock star of costume designers, known for her eclectic and adventurous sense of style. Powell earned her cred with the breakout “Velvet Goldmine,” the 1998 musical drama from Todd Haynes, where she got to channel David Bowie by way of her pre-teen idol worship of glam icon Marc Bolan. But her previous work with Derek Jarman (“Caravaggio,” “The Last of England,” “Edward II,” “Wittgenstein”) and Sally Potter (“Orlando”) showed flashes of her iconoclastic signature.

“It’s this mix of her punk nature and this instinctual approach she has,” said costume designer Christopher Peterson, who started with Powell as her assistant costumer 15 years ago, and recently co-designed “The Irishman” with his mentor. “We research what the period sillhouette is and she looks at it, and she keeps looking at it, until she decides, and then she pounces, and sometimes it’s the period sillhouette, absolutely textbook, and other times she flips it on its head, but always at the service of story.”

One of Powell’s most famous flipping-it-on-its-head moments, was for “Shakespeare in Love,” which propelled the costumer into the upper echelon of her field. Her imaginative and flamboyant rendering of the Elizabethan period was bold as well as modern — the doublet becoming the coolest leather coat in fashion — and spoke to how instinctively Powell saw the spirit of the film as more a modern tribute to the period, rather than a faithful rendering.

Peterson pointed to Powell’s more recent collaboration with Yorgos Lathimos on “The Favourite,” to highlight how his mentor has inspired those in the craft to follow the beat of their own drum. “For someone who is known for her use of color, to suddenly pull back and limit herself to black, white, gray, was also an incredible choice born out of what she had to say creatively with the work, but also the budget,” said Peterson. “That’s another thing that sets Sandy apart. From ‘How to Talk to Girls at Parties,’ ‘The Favourite,’ ‘Carol,’ whether she’s on a $180 million film, or a $5 film, the vision is never compromised in a way that the audience would ever perceive it — she still delivers something that has such visual clarity and serves the story.” 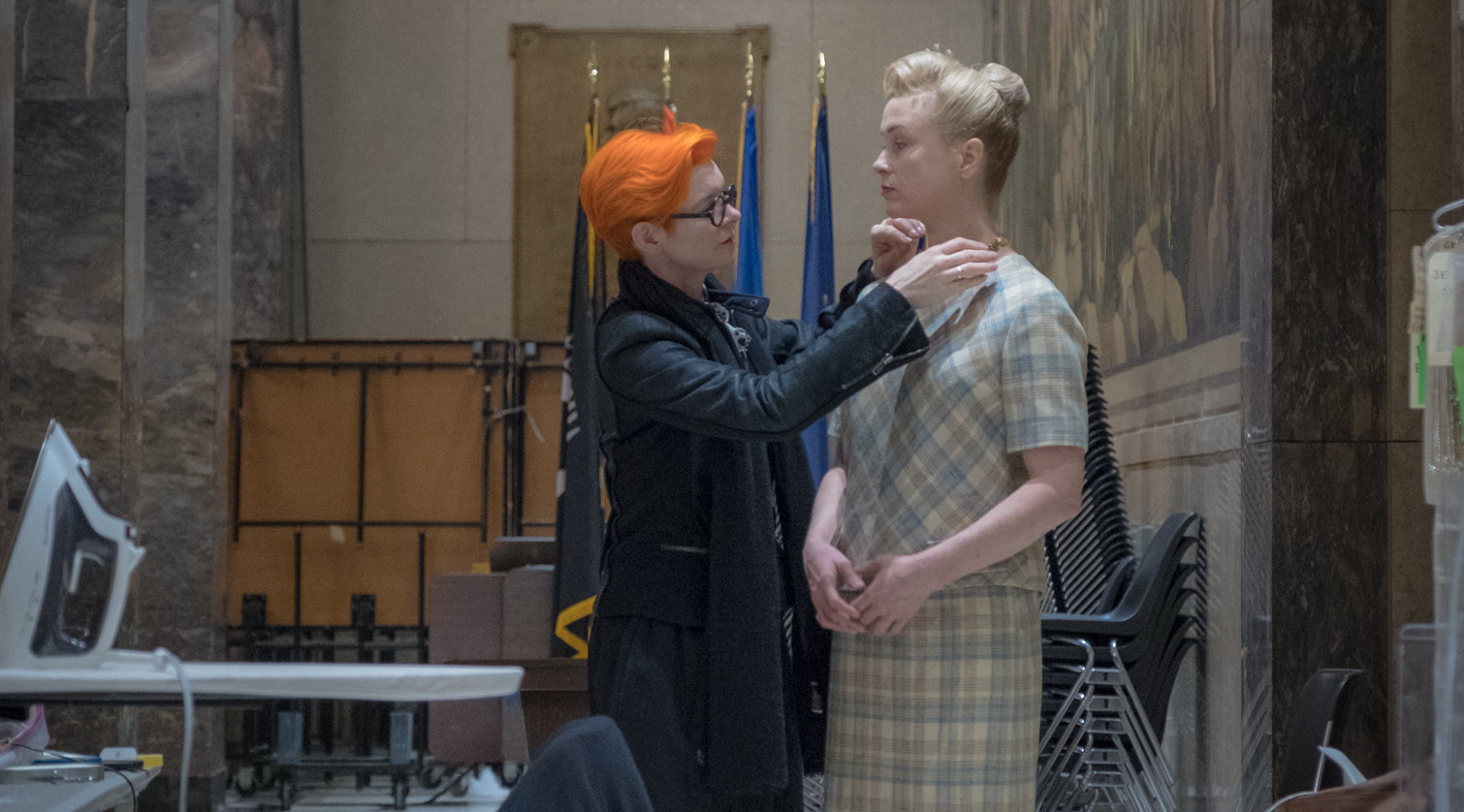 Sandy Powell on the set of “The Irishman”

Yet for such an iconoclast, it’s Powell’s long-standing collaborations with visionary auteurs that has defined her career. After “Velvet Goldmine” Powell continued her association with Haynes on three more ambitious movies: “Far From Heaven,” the Douglas Sirk-inspired melodrama about late ’50s repression, with wardrobes serving as colorful concealment of emotion; “Carol,” the early ’50s lesbian love story from the Patricia Highsmith novel, highlighted by wardrobes with muted colors yet strong-shouldered silhouettes; and “Wonderstruck,” a partially black-and-white tale of two deaf kids in New York 50 years apart, boasting monochromatic wardrobes with clashing tones.

It’s been Powell’s collaboration with Martin Scorsese (“The Irishman,” “The Wolf of Wall Street,” “Hugo,” “Shutter Island,” “The Departed, “The Aviator,” “Gangs of New York”) that has proven to be the most prominent of her career. And this season’s Oscar contender, “The Irishman,” the sprawling mob epic starring prominently de-aged screen legends Robert De Niro (hitman Frank Sheeran), Al Pacino (Teamsters leader Jimmy Hoffa), and Joe Pesci (Philly crime boss Russell Bufalino), represents the culmination of their work together. Powell, sharing credit with Peterson, steered clear of a “Goodfellas” wardrobe because this trio had to fly under the radar, and yet each character needed their own defining silhouettes to help convey their personalities and positions of power over a five decade story arc.

“I worked with number of big designers before Sandy, but my relationship with her flipped a switch in my design toolbox because she is so fearless,” said Peterson. “Whether it’s men, women, contemporary, period, she’s a master.”

This Article is related to: Influencers and tagged Costume Design, Martin Scorsese, Sandy Powell, The Irishman