Benny Safdie on how the sound designer of "Uncut Gems" is one of IndieWire's craftspeople shaping the art of cinema today. 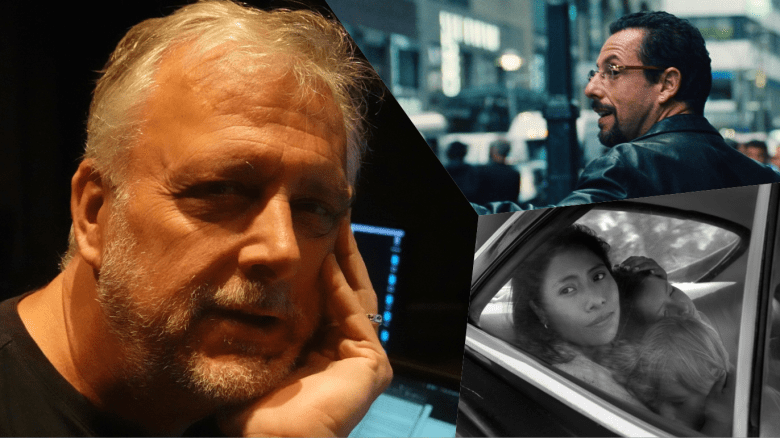 In the 1970s Robert Altman and his sound guru Jim Webb challenged the orthodoxy of Hollywood movie sound. By mic’ing dozens of characters inside Altman’s ensemble, the audience’s attention was partially pulled off of just one principal character or storyline. Altman’s dreams of concurrent, over-lapping aural action has, in recent years, started to reach its full potential due to the advent of Dolby Atmos and its principal boundary pushing practitioner: re-recording mixer Skip Lievsay.

Atmos’s ability to place specific sounds in specific speakers (including the ceiling) spread throughout the theater is still viewed in Hollywood as a tool for creating the spectacle of a spaceship flying overhead, but for the auteurs looking to use the tool in new exciting storytelling ways, they often find themselves in Lievsay’s mixing room.

For example, with longtime collaborator Alfonso Cuarón, Lievsay has been granted the time and palette to change the audience’s relationship to the screen through sound. In “Gravity” Lievsay took dialogue and principal sound effects off-screen (the powerful speakers in the front of the theater) and moved them throughout the array of of speakers spread throughout the theater.

“The very traditional use of sound is to think of it almost like a proscenium in a  live theater,” said Glenn Kiser of the Dolby Institute. “Our focus is on what’s happening under that proscenium on the stage, and really the work that Skip is doing is really kind of shattering that and encouraging a much deeper engagement with the senses by, a much more passionate use of sound to fill the entire space and put the audience in the space that the story is happening and give them the experience of being in that space with those characters, having the experience that they are having.”

In “Roma” Lievsay took the wealth of sound Cuarón’s team collected on location to place us in 1970s Mexico City. Gone is Cuarón’s trademark immersive moving camera, relying instead of Lievsay’s dense and sophisticated mix to pull us into the screen and put us in the location — sound, in complete sync with the camera, moves us through space.

“We saw something he did with his reverb, which is like magic, all of the sudden you snap and he does this thing, and it’s in the room, all of the sudden we’re there,” Benny Safdie told IndieWire about working with Lievsay on “Uncut Gems.” “He manipulates people’s voices to make it sound like they are actually undulating in that room, he’ll be riding the reverb and using it as a whole other track like volume, and it’s insane.”

With “Uncut Gems,” the Safdie brothers were looking to create that Altman-esque multi-dialogue track feel to capture the electric vibe of the New York diamond district where you hear everything, but that cacophony of voices and sound is also a psychological tool to place us in shoes of their protagonist Howard (Adam Sandler) and the numerous pressures baring down on him. It was an ambitious vision that the Safdies credit Lievsay with not only helping them realize, but taking to another level entirely.

“We tried as much as possible to capture it in production and then when we got into the mix [with Lievsay] we realized, ‘Oh, we can [use] all this stuff and we can add more,” said Benny. Josh Sadie then set out and wrote a 45-page ADR (additional dialogue recording) script, not to fix or replace dialogue lines, but to add what producer Scott Rudin referred to as a whole other movie happening in their soundtrack. “He’s very good a placing and making sense of the tracks,” said Josh Safdie. “It’s the way he uses and manipulates [the tools].”

Whether it’s trying to shatter the proscenium with Cuarón, building an Altman-like panic attack for the Safdies, or his collaborations with Darren Aronofsky, Greta Gerwig, the Coen Brothers and others, Lievsay is pushing the language of cinema in a new direction. There are many in his field and Hollywood who believe Lievsay is pushing it too far, but when we look back at this era of filmmaking it will likely be Lievsay’s work that we view as amongst the most groundbreaking and important.

This Article is related to: Influencers and tagged Below The Line, Sound Design, The Coen Brothers