The "Dunkirk" director's team are some of IndieWire's craftspeople shaping the art of cinema today. 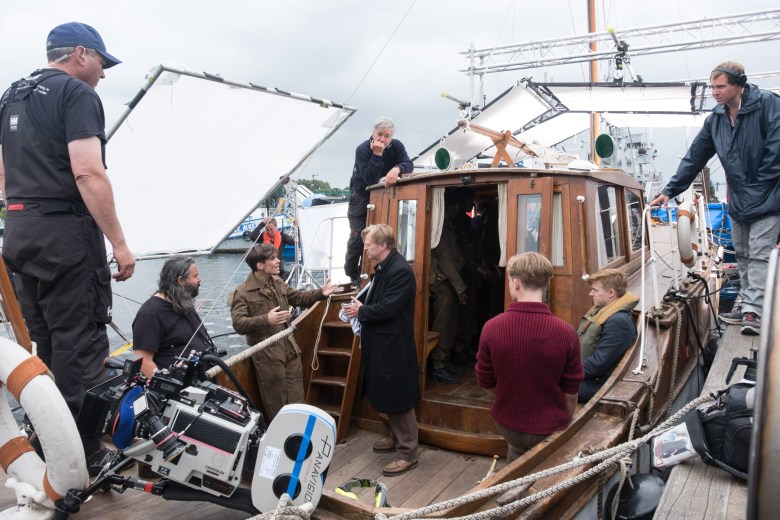 Christopher Nolan’s analog obsessions are well known after he not only led the charge to save film (Kodak),  but also became celluloid’s most vocal advocate. Every time the 49-year old auteur rails against all things digital, from Netflix to CGI, there’s a tendency to paint him as the old man trying to push back the sea, but there’s another, more important aspect to what he and his team of filmmakers have done in making mega-hits like “Dark Knight,” “Inception,” “Interstellar,” and “Dunkirk”: They kept a viable alternate model of big-budget filmmaking alive.

“It helps to have a current example, not having to go back decades, bucking what otherwise feels like a trend of just increasingly relying on any variant of ‘we’ll do it in post’ attitude to action filmmaking,” Chazelle told IndieWire. “The practical approach and reliance on things, other than [Christopher Nolan films], are referred to as old fashioned. Miniatures and models, physical practical elements, in-camera effects — it’s refreshing every time, that he and that entire team on each project have stayed true to that.”

From the way Hoyte van Hoytema’s large format cinematography lights and captures Nathan Crowley’s spacecraft, planets, robots and cosmos in “Interstellar,” to the way the production designer then worked closely with VFX supervisor Paul Franklin to visualize the film’s mind-blowing tunnel and sphere effects to translate the films space-time jumps, the precise preparation and craft is nuanced, beautiful, real, visceral. Even the care that goes into each hand-made foley sound effect, or the way Hans Zimmer’s scores become intertwined with the soundscape, Nolan and producer Emma Thomas assemble a team of incredible artisans that are every bit, if not more, inventive than computer coders creating our modern cinema.

“It’s also just a general approach of all these departments ideally speaking to each other and being in sync,” said Chazelle. “The pressure doing things in-camera puts on production there really has to be this unified front and so it almost becomes hard to sometimes entirely separate the contributions of the DP from the production designer from the effects crew from miniatures, it needs to be one vision.”

Spawning from these films is a knowledge base and a collection of top below-the-line talent experienced in doing things practically. Much like how Chazelle used Crowley to help build his NASA-moon-landing world in “First Man,” when Gray went to make his first sci-fi film, “Ad Astra” – the director well-versed in drama was overwhelmed by the geometry and physics involved with making an outer space film – he reached for a member of Team Nolan.

“I’ll be honest with you, it was the reason that I got Hoyte to do [“Ad Astra”] with me,” Gray told IndieWire. “I thought I’m going to get a cinematographer who can help with the nuts and bolts. And I’m very good friends with Chris Nolan, and he sang Hoyte’s praises, and Chris knows what he’s doing, so I felt, well that’s pretty reliable so then when I met Hoyte, I quite loved him.”

This Article is related to: Influencers and tagged Christopher Nolan