"The Irishman" editor is one of IndieWire's craftspeople shaping the art of cinema today. 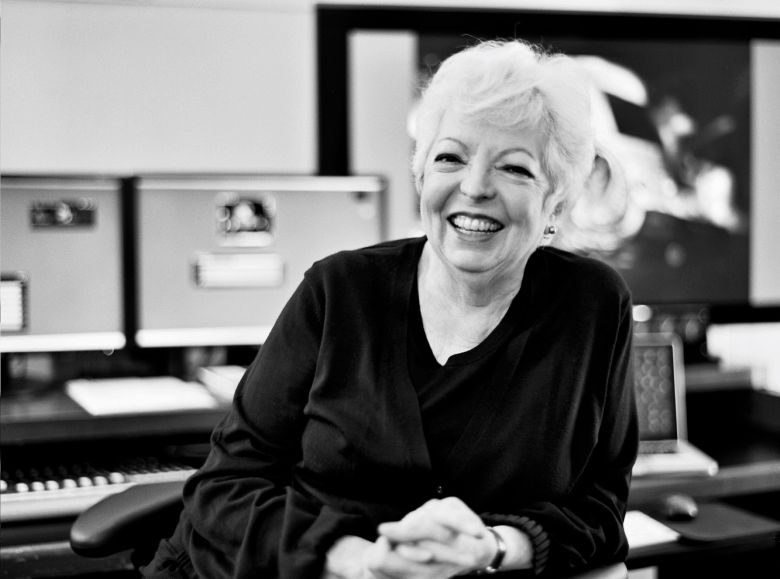 All below-the-line artists are tasked with interpreting a director’s vision through their craft, but the editor’s contribution is often the hardest to separate. As Stanley Kubrick said, “Editing is the only unique aspect of filmmaking which does not resemble any other art form.” That ability to jump through time and space, to show the viewer an image, cut, and connect it to something entirely different to create new meaning, rhythm, and emotion is at the core of how a director guides the audience.

Further complicating the ability to measure their contribution is how our favorite auteurs often rely on the same editors, forming professional marriages that span decades. Where does Steven Spielberg’s visual efficiency end, and Michael Kahn’s precision start? Could Spike Lee boldly shift tonal gears, if Barry Alexander Brown wasn’t there to preserve internal consistency? How much of Sofia Coppola’s distinct pace and personality belongs to her script, or to Sarah Flack’s fine tuning of the performances?

But for most editors, there’s one true pinnacle: Thelma Schoonmaker’s work with Martin Scorsese.

“Thelma Schoonmaker is a North Star for so many editors — both inspiring and guiding with her amazing career,” said Jennifer Lame, who edited Noah Baumbach’s last five films. “What I love so much about her is that although she is wildly talented and influential, she remains completely ego-less.”

To Lame’s point, here’s Schoonmaker talking about her first of three Academy Awards, which she won for the first feature she cut for Scorsese: “I won the Oscar for ‘Raging Bull’ for those fight sequences,” said Schoonmaker in a 1991 interview with Wide Angle/Closeup. “If you look at those fight sequences, those were so incredibly storyboarded and shot in an incredible way — that is the conception a good director has to bring.”

In reality, Schoomaker breathed as much life into those storyboards as Robert De Niro, to say nothing of the contrasting pace of the sequences that surround the boxing, which make the impact of those violent scenes so devastating.

“Every time I’ve heard or read anything from her, she always reiterates the importance of collaboration and making the director’s vision come alive,” said Lame. “That is fundamental to the work and I take that so much to heart. She is a crucial and integral part of Mr. Scorsese’s work — one of the greatest directors of all time — yet she remains humble, which is such an interesting and compelling layer to what makes her so damn good at her job.”

Schoonmaker highlights Scorsese’s excruciating planning of Jake La Matta’s fights, but five years later, the director would find himself pushing the boundaries of run-and-gun filmmaking with his new DP Michael Ballhaus on “After Hours.” Years later, he’d focus on expensive Hollywood world-building, with a meditative detour about a young Dalai Lama. Scorsese smartly traded his jukebox soundtrack for a “movie” score, used Roger Deakins to capture the interrupted stillness of “Kundun,” and worked with Robert Richardson for the bright lights of Howard Hughes’ “Aviator.” With each twist in his career, the backbone remained his editor.

It’s Scorsese’s most recent film that may be Schoonmaker’s defining masterpiece in their collaboration. “The Irishman” finds them in familiar territory, but missing is that genre’s sense of danger. The camera and cutting move us through the film’s hundreds of locations and sets the methodical pace of De Niro’s loyal hitman doing his job, murder becoming as rote as its euphemism of “painting houses.” It’s a study of a soul leaking, building toward a sense of tragedy, and the last 70 minutes are as inevitable as they are devastating.

Behind-the-scenes footage from Schoonmaker and Scorsese cutting his 40-minute contribution to the 1989 anthology film “New York Stories” recently made its way around the internet. There’s Scorsese, a bundle of inexhaustible energy, brimming with ideas, references, unable to remain still as he buzzes around the seated Schoonmaker, distilling their screwball comedy-meets-film nerd banter into concrete actions. You can see how their work together becomes singular and trying to separate their individual contributions is a fool’s errand, except to wonder where the hell he’d have ended up without her.

This Article is related to: Influencers and tagged Indiewire Influencers, Martin Scorsese, The Irishman, Thelma Schoonmaker