By all accounts, "Cats" is one of the year's biggest critical misfires. 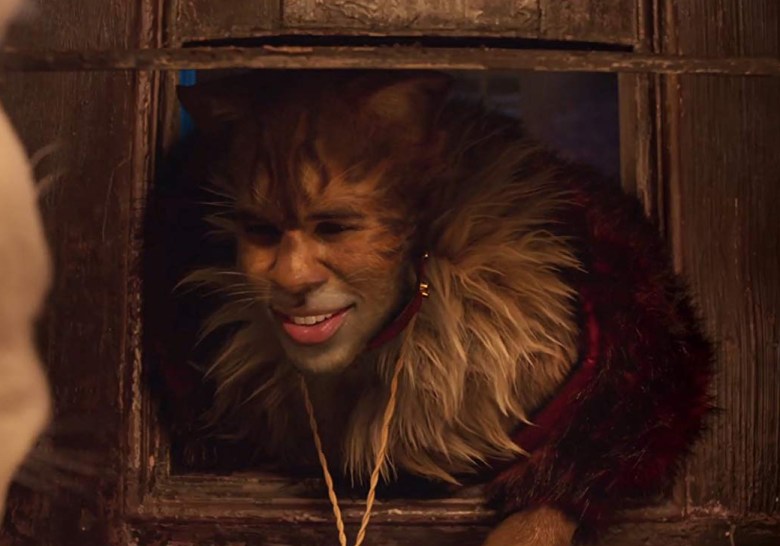 “Cats” opened in theaters nationwide this weekend to disappointing box office numbers and some of the most horrible reviews of 2019 (plus the VFX fiasco in which new, more-completed prints of the film are being sent to theaters after release), but for cast member Jason Derulo that’s just what happens when you put out something that “defies what an art form is.” Yes, Derulo views Tom Hooper’s maligned adaptation of Andrew Lloyd Webber’s musical as cinema that defied the art form. Most critics wouldn’t agree. The film has earned an 18% on Rotten Tomatoes from 186 reviews and a dismal Metacritic score of 32. Derulo hit back at critics just as “Cats” went nationwide December 20.

“Any time you defy what an art form is, any time you defy all rules, there’s going to be some push-back, obviously,” Derulo told TMZ reporters. But it’s an incredible piece of art done by some of the best people in the world. I am just excited for the people to actually see it because reviewers, I mean, what the hell do they know? Have they made a film ever in their life?”

“Cats” opened at the U.S. box office to $6.5 million, well below the $10 million mark prognosticators expected the musical film to easily surpass. The movie fared worse internationally with $4.4 million, bringing its worldwide debut to $10.9 million. “Cats” cost approximately $100 million to produce, which means it might be impossible for the movie to turn a profit given these low opening numbers.

Despite receiving mostly negative reviews, “Cats” got one of its more positive notices from IndieWire chief critic Eric Kohn. “This visually dense adaptation of the Andrew Lloyd Webber hit is at once too crazy for this world, and not quite crazy enough,” Kohn writes in his C+ review of the movie. “‘Cats’ unfolds as an absurd and frequently nonsensical array of light and color, with actors bathed in ill-conceived CGI fur against a similarly invented London backdrop. Fans of Andrew Lloyd Webber’s Broadway blockbuster will know that sounds about right.”

Other critics weren’t as nice. The Telegraph‘s Tim Robey gave the film zero stars and called it “an all-time disaster.” “Cats” is now playing in theaters nationwide.

This Article is related to: Film and tagged Cats, Jason Derulo, Tom Hooper