The show was renewed for a second season earlier this week. 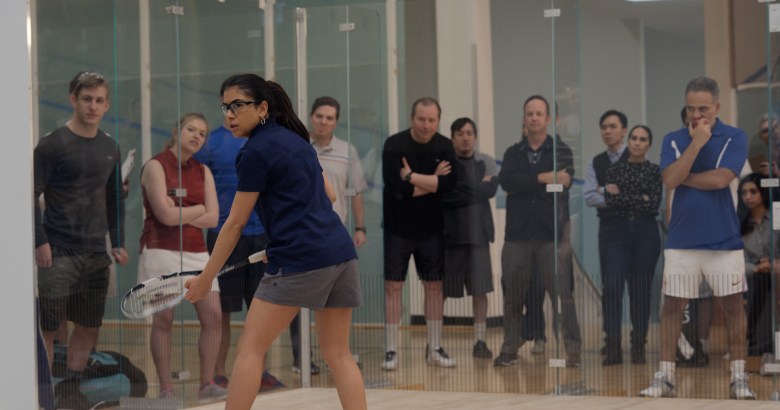 Apple TV + has unveiled the trailer for “Little America,” its upcoming anthology series. Each half-hour episode will focus on the true experiences of immigrants that were featured in Epic Magazine, with a focus on the “little” but profound stories that other Americans don’t typically have the opportunities to read about in the media.

“Little America” premieres on January 17, 2020 and Apple will release all of Season 1’s eight episodes at once.

The uplifting “Little America” trailer opens with a handful of immigrants sharing their favorite or surprise experiences about living in the United States — such as discovering baseball and bacon chili cheeseburgers — before teases of some of its specific storylines. One episode, “The Manager,” will follow a 12-year-old who must learn to run a Utah hotel when his parents are deported to India, while “The Jaguar” will focus on Marisol, an undocumented Mexican teenager who navigates the world of competitive squash.

“Little America,” which is being produced by Universal Television, is written and executive produced by Lee Eisenberg (“The Office,”), who serves as showrunner, and executive produced by Kumail Nanjiani (“The Big Sick,” “Silicon Valley”), Emily V. Gordon (“The Big Sick”), Alan Yang (“Master of None,” “Parks and Recreation”), Sian Heder (“Orange Is the New Black”), Joshuah Bearman (“Argo”), Joshua Davis (“Spare Parts”) and Arthur Spector (“The Shack”). Heder also serves as co-showrunner alongside Eisenberg.

In advance of its debut, Apple renewed “Little America” for a second season last week.

“Little America” will be one of Apple TV+’s first post-launch original series. The tech giant launched its streaming service in November with shows such as the Jennifer Aniston and Reese Witherspoon-led “The Morning Show” and “See,” starring Jason Momoa. A subscription to the ad-free streaming service costs $4.99 per month and Apple is offering a free year of Apple TV+ to customers who purchase any new iPhone, iPad, Apple TV, iPod touch, or Mac.

Check out the trailer for “Little America” below: