"Lost in Space" plays things too safe to truly stand out but it's still wholesome fun for younger audiences and dedicated sci-fi fans. 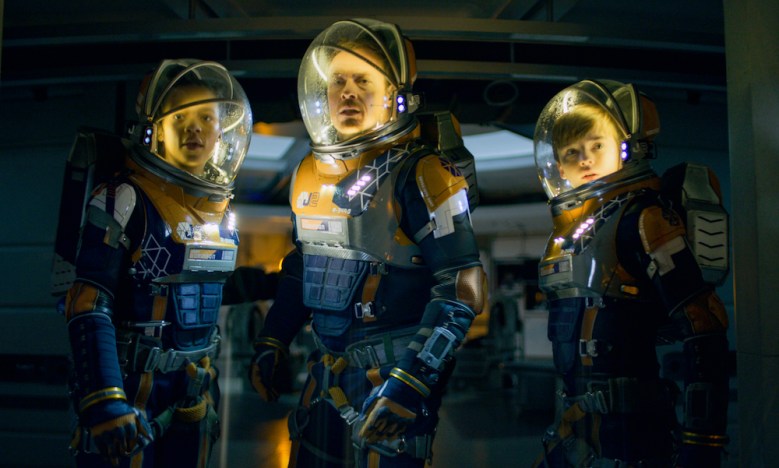 “Lost in Space” continues to be a show about leveraging expectations. Season 2 of Netflix’s visually astounding sci-fi series has a lot of heart and plenty of breathtaking vistas, but for all its galaxy-spanning potential, it also plays things frustratingly safe. Like last year’s Season 1, the sheer predictability means that its appeal will be mostly limited to younger audiences and sci-fi diehards, but for those who fit either of those categories, “Lost in Space” is still consistently enjoyable light entertainment.

Thankfully, what has changed from Season 1 is largely for the better, though it takes a few episodes for the latest season to hit its stride. The first two episodes of Season 2 take place in a dull ocean world and echo most of the issues, such as the tiresome back-and-fourths and bafflingly avoidable danger, that hampered Season 1, but things pick up once the Robinsons reunite with the Resolute’s crew.

Netflix’s reimagining of the 1965 sci-fi series is still all about problem solving, and the frequently outrageous scenarios the Robinson family finds themselves in are more varied and engaging this go-around. The goals are simple enough: Get to Alpha Centauri and find Will’s Robot friend, but the stronger focus on the Robinsons working with and against the Resolute’s crew and passengers, is more engaging than the ludicrous scenarios the family often put themselves into in the prior season.

It’s just a shame that there isn’t much to say about the Robinsons themselves. Each of the Robinsons had their own arc in Season 1, but the latest season doesn’t do much to expand on those characters. The standouts are Will (Max Jenkins), whose search for his Robot friend gets a resolution and Judy (Taylor Russell), who gradually becomes more of a leader, but they’re the exceptions to the rule.

Penny (Minda Sundwall) is given precious little to do outside of acting as a foil for the villainous Dr. Smith (Parker Posey), and Robinson parents Maureen (Molly Parker) and John (Toby Stephens) mostly just react to the situations happening around them. Of course, there’s also the Robot, and though it takes a shockingly long time for it to reunite with Will, its expanded characterization and relationships with the Resolute crew aptly carry the plot and help raise the stakes.

The Robinsons are all likable enough and given just enough depth to emphasize with, but there’s nothing particularly nuanced about their personalities to cause them to truly stand out. Posey’s Dr. Smith, one of the more maligned aspects of Season 1, also continues to be a mixed bag: Her character still lacks any redeeming aspects and the new flashbacks about her past do nothing other than reiterate information the audience already received, but her actions and relationships with the protagonists are given more meaning and payoff. 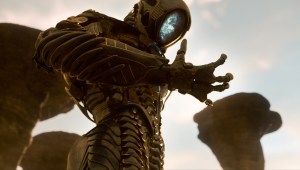 Although the individual characterizations and performances aren’t especially inspired, there’s still a genuinely heartwarming family dynamic at play throughout the season. The Robinsons play off each other’s strengths well and their teamwork and inexhaustible supply of ingenuity makes for plenty of feel-good fun, even if never shakes that feeling of familiarity.

The plot might not break new ground, but the ongoing quest to get to Alpha Centauri is still a visual stunner. Season 2’s environments aren’t very ecologically diverse — the bulk of the season takes place on an arid desert planet and spaceships — but the series still boasts more than a few fantastic set pieces and alien designs. There are a handful of sequences that get lost in the madness due to chaotic camerawork and back-to-back shots that each last less than a second, but overall, it’s still quite thrilling. “Lost in Space” isn’t trying to be a straight-up action series, but its handful of sequences with menacing alien animals and robot fights should impress all but the most CGI-averse.

There’s plenty of visual splendor, but even for a kid-friendly sci-fi series, several of the scenarios in “Lost in Space” demand some fairly ridiculous suspensions of disbelief. Turning a spaceship into a boat is one thing, but it’s hard to believe that kids are able to stand on top of said spaceship-boat in a nightmare thunderstorm (wouldn’t that be slippery?) without much to steady themselves. Also: Shortly after the Robinsons reunite with the Resolute, some alien…thing causes the Resolute’s equipment to waste away, even though that presumably should have happened to the Resolute’s equipment well before the Robinsons reappeared. Episodes are still crammed with science talk and exposition, which might explain some of this, but for a show about presumably super smart people, some of the situations are still fairly incredulous.

Though the eventual reintroduction of the Robot offers some of the series’ strongest moments, things begin to unravel as the season nears its end. An adult who spend much of his screen time discussing how badly he wants to see his family on Alpha Centauri decides to walk into a lightning storm because he has faith that a prepubescent boy will tell tales about his sacrifice, and then an army of robots appears out of nowhere. Chaos ensues, important characters are split up, and pieces are put in place for a prospective third season.

It’s a convoluted and rushed ending that doesn’t offer much of an emotional payoff, but its teases are interesting enough that series fans will probably be willing to overlook the lack of a resolution. “Lost in Space” stumbles in as many ways as it soars, but with a tighter and more original narrative and more fleshed out characters, the series could become a genuinely great sci-fi adventure if Netflix decides to renew it for a third season.

This Article is related to: Television and tagged Lost In Space, Netflix, TV Reviews