There are still plenty of surprises, but it's what the show does with those tricks that makes this Netflix series a consistent delight. 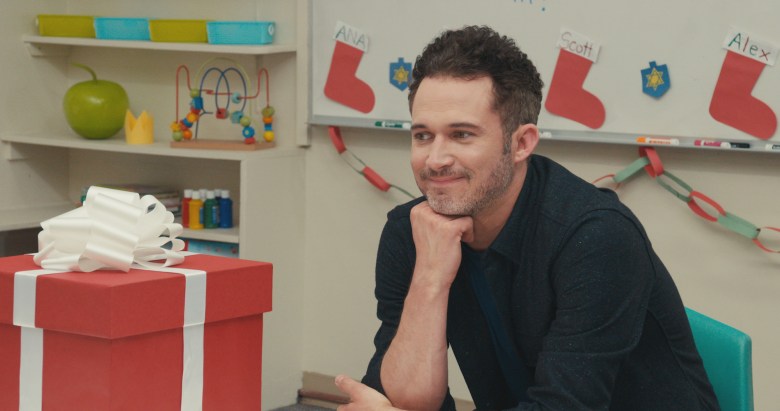 Here’s the best thing about “Magic for Humans”: Even if you’re completely convinced every trick that host Justin Willman does on camera is part of a pre-planned pact with “unsuspecting” passersby, you can still enjoy the show. If your belief is that onscreen magic is all somehow a scripted scam, Season 2 of this Netflix series still works on a beat-for-beat comedic level that’s one step ahead of your objections. Therein lies the fun. Regardless of which side of that illusion/laugh divide is the hook, these latest six episodes pick up right where the first batch left off.

Season 2 follows the same rough outline the first season did, with Willman giving a thematic overview of each episode from the comfort of a blank-walled studio. From there, it’s out to various remote Los Angeles locales to watch Willman perform sleight of hand and unveil elaborate surprises for the people who happen to be in his path.

Another carry-over from the show’s first season is how it removes preciousness from the way Willman’s tricks play out. He can make people vanish or summon milk from unexpected places, but he and the show are gleefully willing to undercut his own expertise when the time comes. This season has multiple informative “here’s how I did it” sneak peeks and even a quick montage of Willman outtakes for good measure. There’s even a few times where Willman will let a spectator lead the process, as if they were the one who’d done all the practice and prep work, and not the other way around.

As sturdy as the show’s foundation is, Season 2 does seem to have made a slight attempt to head off certain skeptics. There are a few more unbroken takes and slightly less cross-cutting between Willman and his immediate surroundings. It helps preserve the experience of watching a trick unfold, but it also guards against conscious and subconscious assumptions that things are placed, or switched out, when the camera isn’t looking.

“Magic for Humans” also thinks ahead by weaving that idea of fakery into an entire episode. Like the perspective-toying intros from last season, the second episode (the first one back to normal after a cozy Christmas special) directly engages with how we’re all able to disconnect ourselves from our own expectations and go along with something we know might be manipulated for our enjoyment.

Without getting too self-congratulatory, the show also tosses in some nods to people who’ve been paying attention. The season’s first “Magic for Susans” — a returning, recurring street magic segment where each person Willman does a trick for is named Susan — waits just long enough to announce itself that it doubles as a bonus surprise for people who can put the necessary pieces together. It’s a natural extension of the way the show, once again, helps its audience learn what to look out for. Even if you don’t know where the secret swap within a particular trick happens, some of the rhythms start to pop up enough to see where the roots of Willman’s best reveals might be lurking.

Sometimes, the most satisfying moments of “Magic for Humans” come when the show has given you enough information — whether in that segment or over the preceding episodes — to anticipate what’s about to happen. The fun then comes from being able to see the exact moment when Willman’s in-person audience get that same lightbulb moment. To the show’s credit, the reactions in “Magic for Humans” are far from uniform. Some people are confused, others are wowed, a few are even downright angry. It’s not all going for the “run around the room in disbelief” cutaway (though it’s great when those happen organically). Even in one of the season’s centerpieces, where Willman pulls off a half dozen tricks simultaneously, the end result is effectively one triumphant group hug.

Willman is the constant on the show, someone who’s able to deliver something unexpected regardless of the venue. So the longer the show runs (hopefully for far longer than the dozen installments to date), the more it becomes about those reactions: what we’re willing to accept and what we love to reject. “Magic for Humans” is also a subtle LA travelogue, going from Atwater Village hangouts to NFL practice facilities to any number of parks and public transportation stops in between. It might not have the density of an investigative docuseries about the human psyche, but it still manages to say plenty about people and a city amidst the card apparitions and the tossed slices of meat. True to form, it’s a pretty good misdirect.

“Magic for Humans” Season 2 is now available to stream on Netflix.

This Article is related to: Television and tagged Magic for Humans, Netflix, TV Reviews