The actress had some notes, and creator Tom Perrotta listened. "It was an awkward conversation, but he showed absolutely no hesitation." 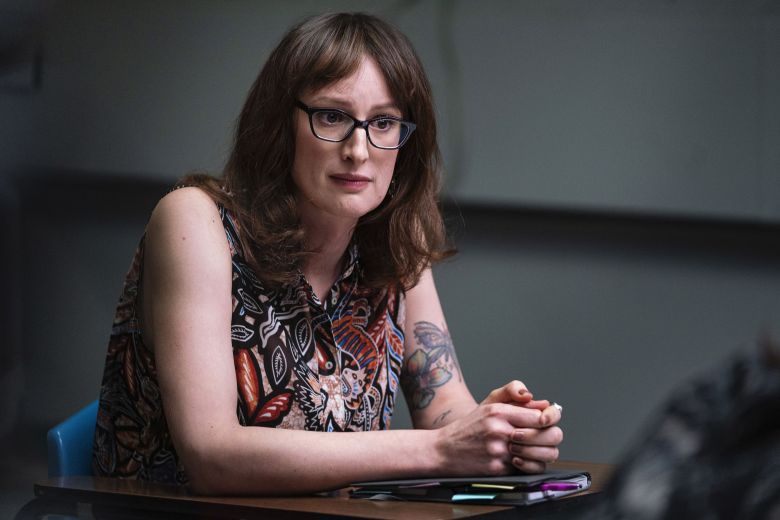 Since breaking triumphantly onto the scene with her Emmy-nominated web series “Her Story,” writer and actress Jen Richards has quietly carved a niche as one of the most influential trans women working in Hollywood today. Not only did “Her Story” break ground as one of the first successful trans projects written by a trans creator, it centered not one but two trans women (Richards and Angelica Ross) in fully-realized narratives that did not show them experiencing pain or violence. The show also launched both women’s acting careers; Ross now stars on “Pose,” and Richards landed plum roles in ABC’s “Nashville,” Netflix’s “Tales of the City,” FX’s “Better Things,” and now — in her most substantial role yet — HBO’s brilliant sex comedy mini-series, “Mrs. Fletcher.”

Adapted from the bestselling novel by Tom Perrotta, who also created the series, “Mrs. Fletcher” boldly and hilariously charts the sexual awakening of a middle-aged mother named Eve Fletcher, played with great depth and humor by the always-excellent Kathryn Hahn. Feeling unmoored after her son goes off to college, Eve begins exploring her sexual fantasies through pornography, and further expanding her horizons with a writing class at a local community college. Richards plays her writing professor, Margo, a self-assured trans woman thrown for a loop by a budding romance with one of her students, Curtis (Ifádansi Rashad).

The character flouts trans stereotypes in several notable ways: She’s well past transition, her trans-ness is secondary to her character’s purpose in the story, and — most importantly — she’s desired and courted by a cis man. In Richards’ warm and naturalistic portrayal, Margo is a sweet, somewhat nerdy homebody. She takes her work and students seriously, expecting dedication and risk-taking. Like many trans women, she is open to love but wary of being hurt. Though the character is trans in the book, her TV counterpart is quite different.

“I don’t think I could have performed the part the way that it is written in the book, exactly,” Richards told IndieWire during a recent phone interview. “In the book, Margo is one of the classic transgender tropes. She’s late-transitioning, middle class, white, married to a woman, with kids. Awkwardly overperforms femininity. She’s a former star athlete. There’s stuff about being big, tall, you know? She’s kind of like the classic pathetic trans woman, in a way. That’s not a knock on Tom [Perrotta]. He wrote based on some people he had met. And that cliche is a trope because there’s a lot of people like that. You know, it’s a very Caitlyn Jenner type.” 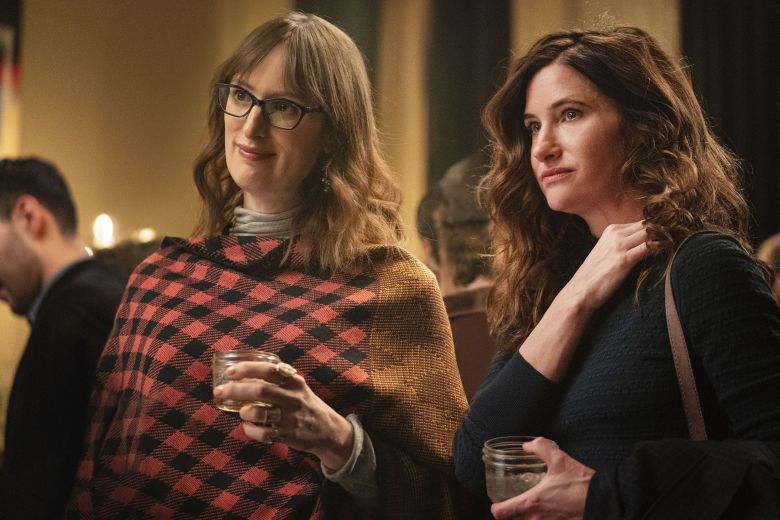 The Margo we see onscreen is very different, and that has a lot to do with Richards. When she booked the part, which she had also voiced in the audiobook, she had some notes. “I told them: ‘Just so you know, this is a very common trope. This is HBO, and I know it needs to be quality, so I think we can do better.'”

Richards said she was able to speak so freely because she knew she had allies in writers’ room: Elle McLeland, who is also trans, as well as Perrotta himself.

“It was an awkward conversation, but to Tom’s credit, he showed absolutely no hesitation whatsoever. He was completely open and enthusiastic. He wanted to make it as good as possible and something that hadn’t been seen a million times before on television, so that we could push the story forward,” she said. “He was super receptive, really admirably so. …Tom is a straight white cis dude who knows he’s a straight white cis dude, and knows that that comes with blind spots.”

One of the first changes Richards suggested was to flesh out the romantic storyline with Curtis.

“When I first met with Tom after getting the part, and having this whole conversation about avoiding trans tropes, I told him the most interesting part of the story is her relationship with Curtis. We just don’t see many hetero relationships between trans women and cis men, much less an interracial one. I just think that’s the richest territory,” Richards said.

Perrotta gladly acknowledges the contributions of both Richards and McLeland to the character. But for him, the biggest change was making Margo teach writing rather than gender studies, which she does in the book. 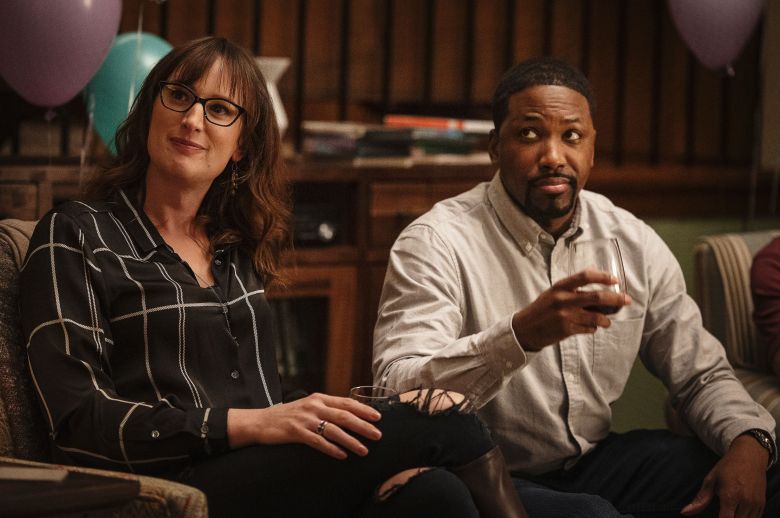 “They were both pretty clear…that it shouldn’t all be about gender. So that allowed her to evolve into more of a writer, and somebody who is only incidentally talking about gender…to somebody who’s having romantic problems,” Perrotta told IndieWire in an earlier interview. “Right from the start, they were like, ‘Let’s not have it be a Gender and Society [class]. Let’s think about her as a full person living a life where this is just one part of her story and not the entirety of it.'”

Despite rave reviews, HBO has yet to announce plans for a second season of “Mrs. Fletcher,” which was originally billed as a limited series. That’s unfortunate, because at just seven half-hour episodes, it feels as if the show is just getting started. It’s one of the smartest, funniest, and most provocative shows about sexuality on TV. The final episode, which premieres this Sunday, shows Eve just beginning to act on her desires, paving the way for plenty of rich territory to explore in a second season.

Ever the writer, Richards has plenty of ideas for how a potential second season could enliven and complicate Margo and Eve’s relationship.

“Most people discover trans women through pornography. There is so much trans pornography out there,” said Richards. “Given that Eve is looking at the world through this lens of pornography, and seeing everybody sexualized because of that, I think inevitably she would sexualize Margo in some way. Either as a fantasy, and then, see how that would make their friendship awkward or what would happen.”