While many consumers are subscribed to Netflix and Disney+, the latter platform is still siphoning viewers away from the industry's leading streaming service. 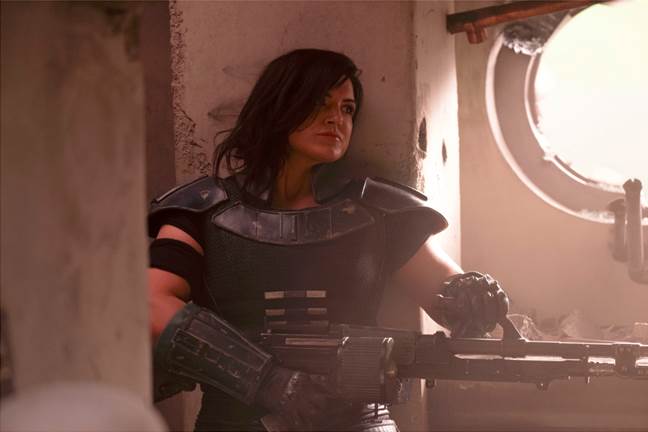 Disney+ has apparently hit the ground running, as a recent Wall Street analyst report said that the new streaming service had around 24 million U.S. subscribers by the end of November – and that the House of Mouse’s gains were Netflix’s losses.

The report, which came from Cowen & Co., estimated that about 1 million of Netflix’s U.S. subscribers had canceled their subscriptions in favor of signing up for Disney+, which has enjoyed a strong reception since launching on November 12, according to Variety. Disney+ launched with the buzzworthy “The Mandalorian” and has aggressively promoted its large library of popular Marvel, “Star Wars,” Pixar, and Disney films and television shows, which has helped the service generate considerable attention. Disney previously said that over 10 million users had signed up for Disney+ a day after the service launched.

The Cowen study said that around 19.4 million consumers subscribed to both Netflix and Disney+, indicating around an 80 percent overlap between the two services.

Cowen’s report tops off what has been a mixed year for Netflix and subscriber targets. Netflix, which raised its subscription prices earlier in the year, missed its U.S. subscriber forecast in the company’s third quarter and reported a loss of 126,000 U.S. subscribers in Q2.

Disney began steadily pulling some of its popular properties off of Netflix in the year leading up to the launch of Disney+, while Disney-branded Netflix projects, such as “Daredevil” and “Jessica Jones,” were canceled shortly after Disney+ was announced. Netflix, perhaps looking to bulk up its family-friendly offerings to compete with Disney+, recently inked a multi-year deal with Nickelodeon to produce original films and television shows.

While the Cowen report bodes well for Disney+, a significant fraction of its users are reportedly not paying for the service. Verizon customers with the carrier’s unlimited data plan receive a free year of Disney+, and Cowen estimated that around a third of Disney+’s U.S. subscribers were taking advantage of that promotion. Several new and upcoming streaming services, such as Apple’s Apple TV+ and WarnerMedia’s HBO Max, have offered similar deals to woo customers away from existing platforms.

This Article is related to: Television and tagged Disney Plus, Netflix, TV Business