In this video exclusive to IndieWire, DiCaprio talks about his character in Tarantino's 1969-set love letter to Tinseltown. 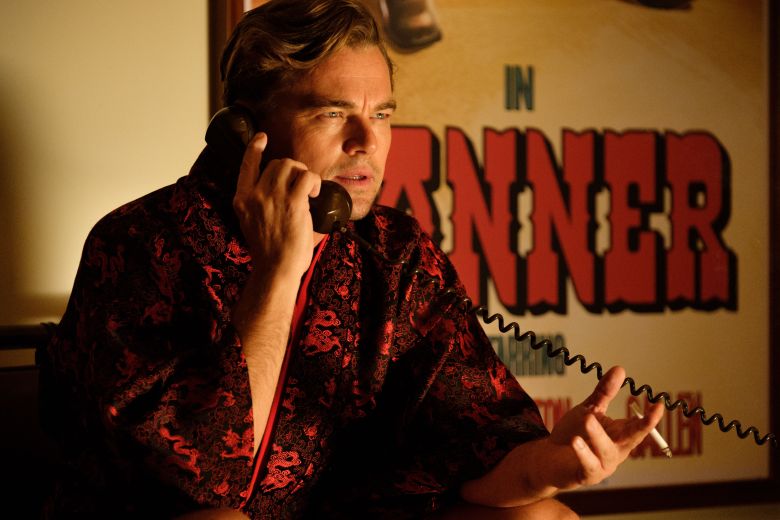 “Once Upon a Time… in Hollywood”

Drunk, hungover, drunk again, washed-up, has-been, tortured. Rick Dalton goes through all of the emotions throughout Quentin Tarantino’s “Once Upon a Time in Hollywood,” and as played by Leonardo DiCaprio, the actor-within-the-actor is a compellingly hilarious, self-aware mess of a man. In this video exclusive to IndieWire, below, DiCaprio talks about his character in Tarantino’s 1969-set love letter to Tinseltown.

Currently, DiCaprio is a contender for the Best Actor Academy Award for his performance. Recently, Tarantino also spoke about one of the more iconic aspects of DiCaprio’s turn as middling actor Dalton who’s spinning out on booze and busted dreams of fame — as star of the western series “Lancer.” “Leo said, ‘I think I need to fuck it up and forget the lines,’” Tarantino said. “I just wanted to do my ‘Lancer’ scene, a way to do this Western through the back door. [Leo] said, ‘I know I’m kind of fucking up your scene, but I think that would be good for the character.’ I saw it as him ruining my fun, basically, but I say, ‘Fine. I’ll write a version, and we’ll do the ‘Lancer’ scene straight, and with the fuck-up, knowing that in the editing room I was going to do what I wanted to.

“[Leo] is one of the most if not the most talented actor of his generation,” Tarantino added, “and the most naturally gifted actor I’ve ever worked with.”

DiCaprio has earned Best Actor nominations from the Golden Globes and the SAG Awards and he’s widely considered a lock to be nominated for the Oscar. “Once Upon a Time in Hollywood” is now available on digital. The video below explains a bit more about Rick Dalton’s particular charm — whether riding a horse, or nursing a hangover, or torching a Manson family cult member with a flamethrower, DiCaprio always seems to make it look good.

And this is his second pairing with director Tarantino after 2012’s “Django Unchained,” where he played an equally charismatic but nevertheless far more menacing figure. In the case of “Once Upon a Time in Hollywood,” DiCaprio’s character is just a bit of a sad clown.

This Article is related to: Film and tagged Leonardo DiCaprio, Once Upon a Time in Hollywood