For the introduction of the creepy Manson Family, Tarantino and his crew shifted into horror mode at the Spahn Movie Ranch. 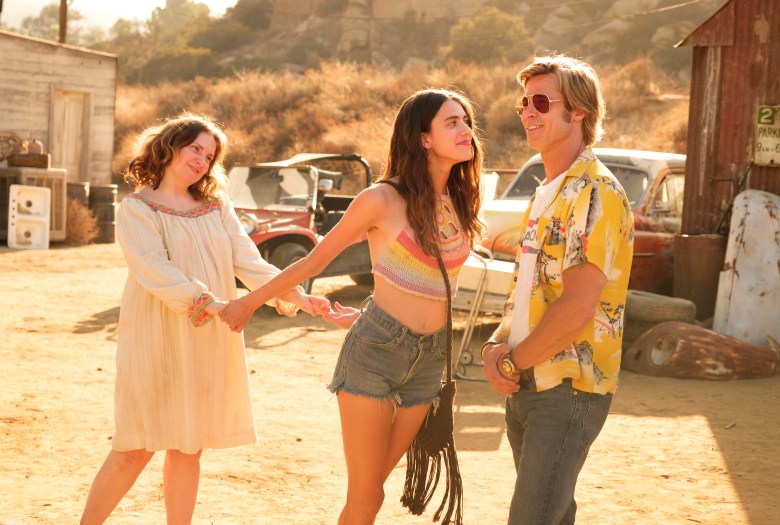 Quentin Tarantino’s bittersweet intersection of fact and fiction in “Once Upon a Time in Hollywood” takes a creepy turn when introducing the hippie Manson Family, who lived at the rundown Spahn Movie Ranch during the lead up to the infamous Sharon Tate murders in August, 1969. Naturally, Tarantino couldn’t resist riffing on “Night of the Living Dead.”

“What’s neat — and I can’t truly take credit for it — is just the mise-en-scene,” Tarantino told IndieWire’s Anne Thompson. “It’s the production design [by Barbara Ling]. One of the best sets I ever had of any of my movies was rebuilding the Spahn Ranch. And we did a wonderful job casting those gals. It’s scary and it is creepy. We’re not doing anything to make anything scary or creepy, it just is. It’s a wonderful alchemy we captured and I didn’t break the mood.”

“The movie has a sort of a ‘Kill Bill’ quality in the way it hops from genre to genre,” added editor Fred Raskin. “When the dailies came in from [the Ranch], I told Quentin, I didn’t it realize it reading the script, but it’s very clear that all of a sudden the movie has become ‘The Texas Chainsaw Massacre.’ The sense of dread that goes through that entire sequence is palpable.” 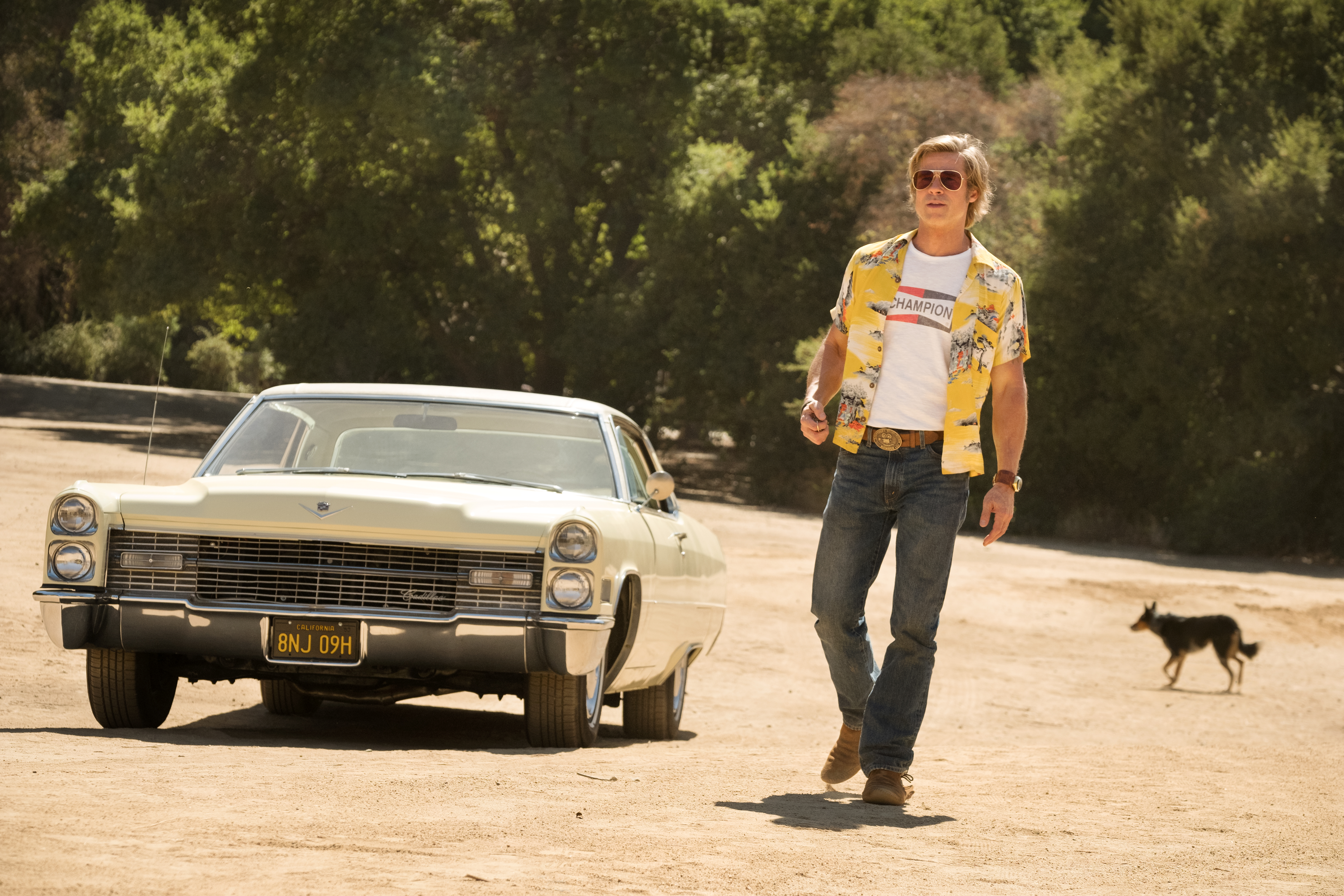 Literally, the movie takes a sharp turn into horror when Rick Dalton’s (Leonardo DiCaprio) stunt double, Cliff Booth (Brad Pitt), picks up hitchhiking Pussycat (Margaret Qualley) and takes her back home to the Spahn Ranch, where he worked on “Bounty Law” with Dalton in the early ’60s. Booth is immediately taken aback by the weird hippie presence at the Ranch, now a ghost town after serving as a Hollywood haven for shooting movie and TV westerns.

The 55-acre ranch with western town movie sets, located above Chatsworth in the San Fernando Valley, was owned by 80-year-old George Spahn (Bruce Dern, who replaced the late Burt Reynolds before filming began). Spahn was blind and the place closed down in the late ’60s, but he allowed the Manson Family to live there in exchange for doing chores and giving tours on horseback. A wildfire destroyed all of the sets and residential buildings in 1970, so Rick Schuler, the location manager, found a similar site about five miles away, Corriganville Movie Ranch, now a park for production designer Ling to faithfully recreate. She even managed to position the house where Spahn lived on a hill at the end of a road near the Santa Susana boulders, building “Psycho”-like suspense.

For cinematographer Robert Richardson, the dramatic shift in tone offered its own visual pleasures. “Spahn Ranch is graphically quite interesting for me because it starts wide open, desert-like in terms of the landscape,” he said. “And the strange characters that harbor the side of the buildings where those two girls sit, harkens a little bit back to ‘Deliverance.’ The people are just odd and they create this ambiance, especially when Austin [Butler, as real-life Manson member Tex Watson] rides up on his horse a little later. You’re thinking: Where’s this gonna go?'” 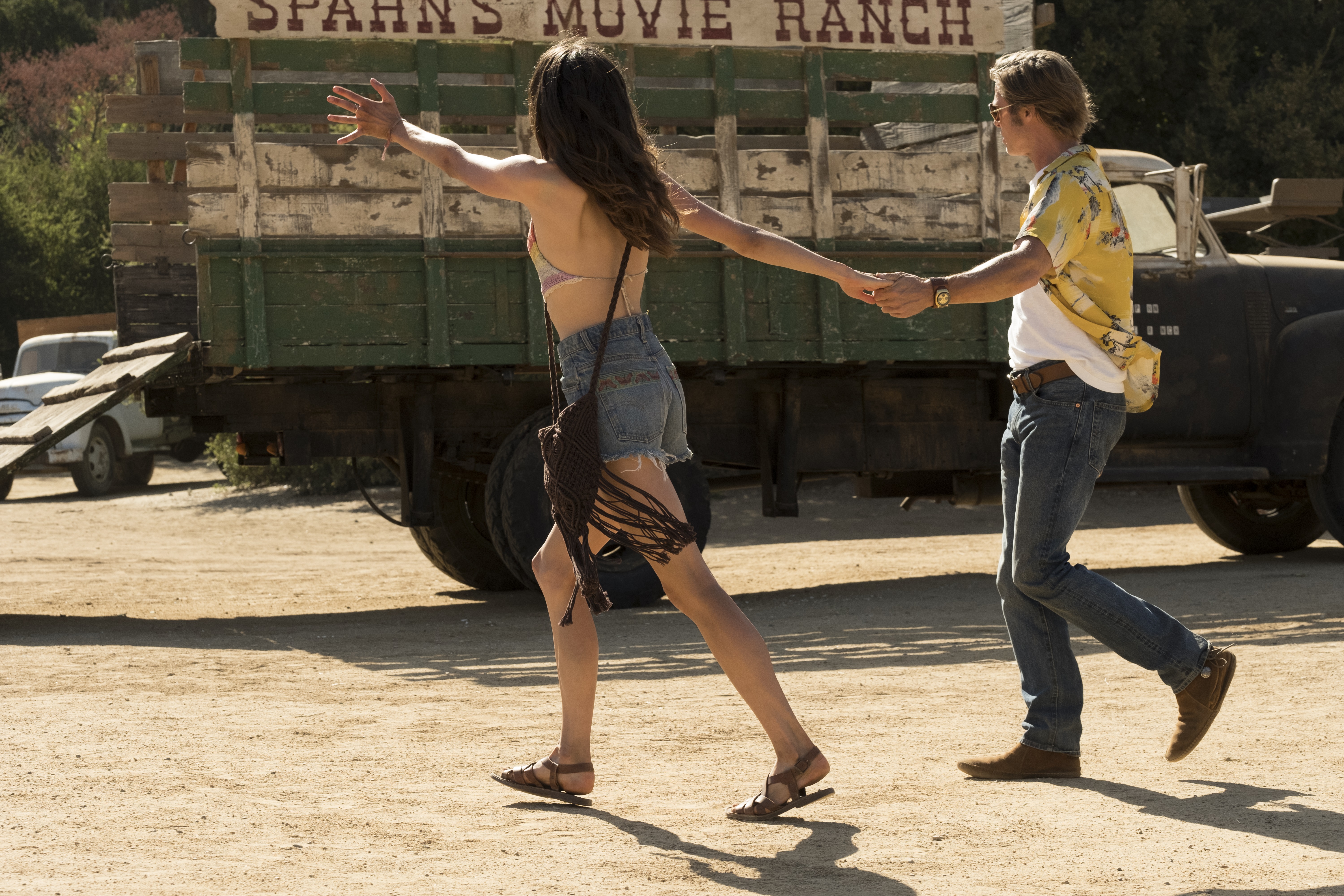 Indeed, “Once Upon a Time” explores the bizarre juxtaposition of the old and the new, establishment versus counter-culture, and the Spahn Ranch sequence offers the most unsettling example. “In some respects, it goes right to the time period of ‘Easy Rider,’  ‘Head,’ ‘The Wild Angels, or ‘The Trip,'” Richardson said. But after soaking up the blaring sunlight, which strikingly picks up the yellow-shirted Booth, we venture more into “Psycho” territory when Booth insists on paying a visit to Spahn in his nearby house. The Manson Family puts up resistance, especially the overly protective Squeaky Fromme (Dakota Fanning), who refuses to let Booth inside until he threatens to bust his way in.

“But after you’ve seen the interior of the house where Dakota lives, it has this sense of tremendous foreboding,” added Richardson. “Is Bruce Dern’s character alive or is he actually dead? You have no clue. And also the lighting shifted in there. As you went into the house itself, and Dakota pointed out where he was down the hallway, the lighting was a little on the horror side. As if it’s natural, but it stays in the flavor of something gone wrong…more shadow with one zone of light.” 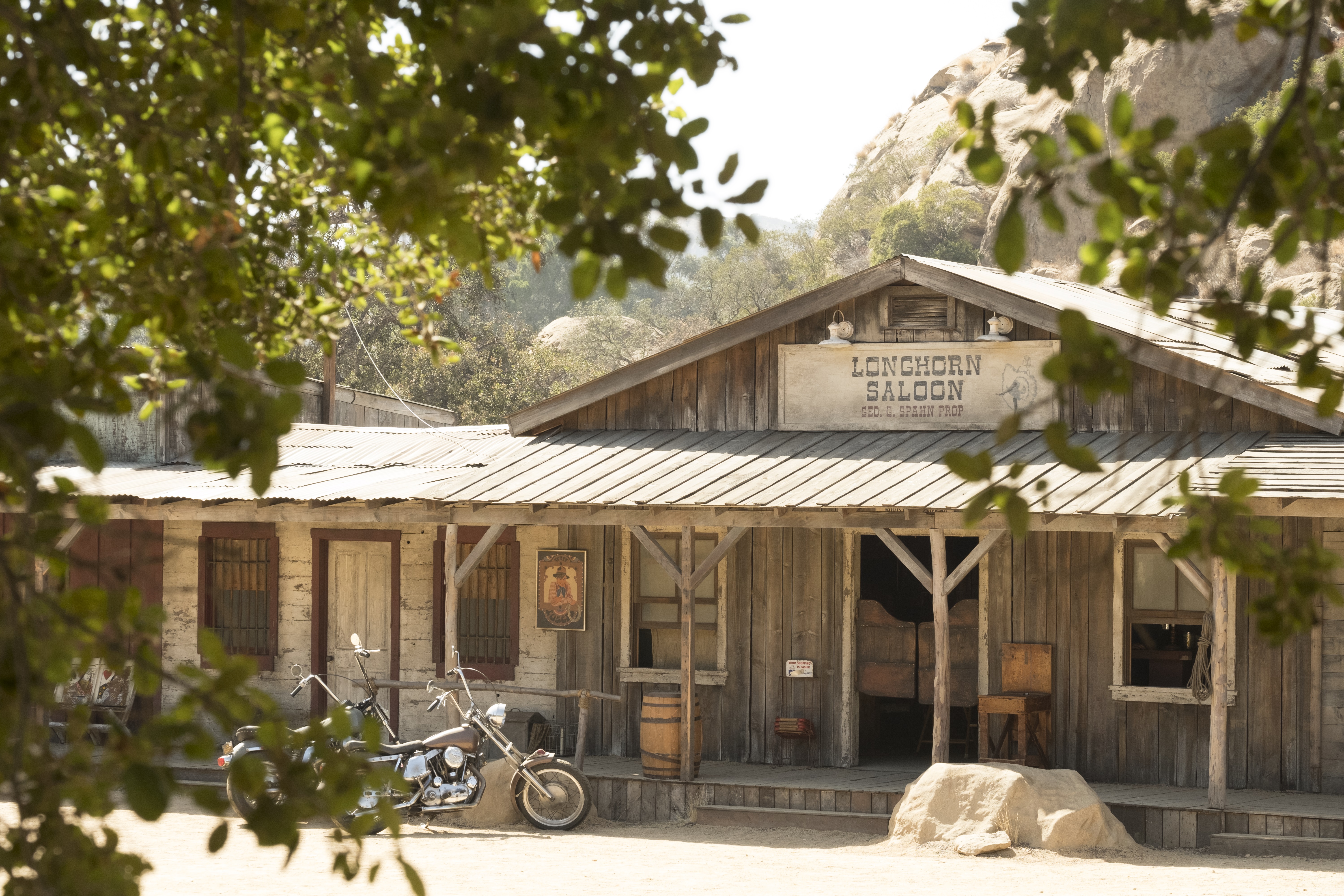 “And we definitely played up that aspect as far as the sound effects are concerned,” said Raskin. “It all feels like something horrible is going to happen…all leading up to what he’s going to find in the house.”

But what Booth finds when he nudges the sleeping Spawn, his old pal, is a rude awakening that the good old Hollywood days are dead and forgotten. And when he attempts to quietly leave and discovers that Dalton’s yellow Coupe DeVille has a flat tire, Booth suddenly strikes like a cobra, which becomes the violent tipping point for the rest of the movie.

This Article is related to: Film and tagged Brad Pitt, Leonardo DiCaprio, Once Upon a Time in Hollywood, Quentin Tarantino, Top of the Line