The "Star Wars" actor is starring as the father of Timothée Chalamet's character in the 2020 science-fiction tentpole. 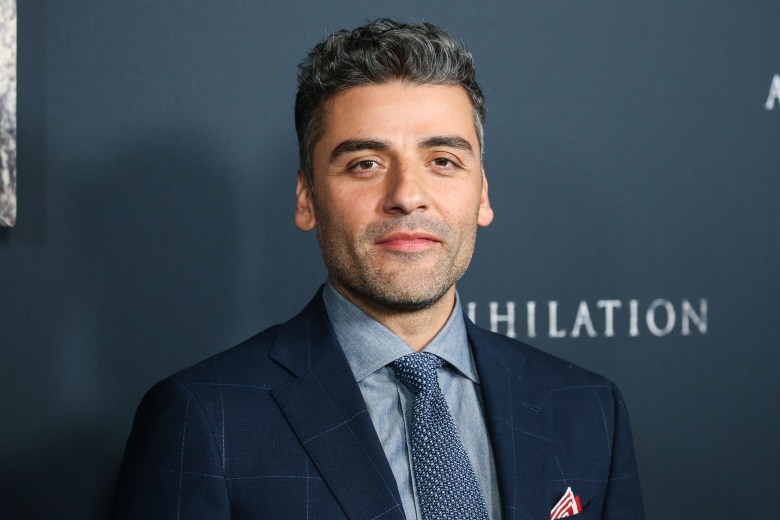 Oscar Isaac is returning to the big screen this Christmas as Poe Dameron in “Star Wars: The Rise of Skywalker,” but it’s the actor’s next Christmas tentpole that reporters can’t stop asking about. Isaac is starring as Duke Leto Atreides in Denis Villeneuve’s “Dune.” Isaac’s character is the father of the film’s protagonist, Paul Atreides, played by Timothée Chalamet. Isaac is currently on his “Star Wars” press tour but took a moment while talking with Collider to tease Villeneuve’s grand vision for his “Dune” adaptation.

“I couldn’t imagine anyone more suited for the tone of the original Frank Herbert novels than Denis,” Isaac said. “There are some things that are — for lack of a better word — nightmarish about what you see. There’s just this kind of brutalist element to it. It’s shocking. It’s scary. It’s very visceral. And I know that definitely between Denis and myself and Chalamet and Rebecca Ferguson as the family unit, we really searched for the emotion of it. I’m beyond myself with excitement. I think it’s good to feel cool, unique, and special.”

David Dastmalchian, a frequent collaborator of Villeneuve’s who starred in “Prisoners” and “Blade Runner 2049,” previously championed the film for hewing more closely to Herbert’s novel than David Lynch’s 1984 film adaptation. Dastmalchian told CinemaBlend in June that “the old phrase ‘true to the spirit’ or ‘honoring the spirit of’ [applies]” to Villeneuve’s “Dune.”

“The way Denis has talked about the film and what I’ve seen, it’s absolutely true to and in honor of everything that Frank put into the novel,” Dastmalchian added at the time. “[Denis is] just so fearless, man. He makes choices and then he goes into the places that we need right now as audiences.”

“Dune” is being shot by “Lion” and “Rogue One” cinematographer Greig Fraser. The DP’s hiring was the first sign “Dune” would most likely be more grounded and visceral than Villeneuve’s last science-fiction tentpole, the neon-soaked dazzler “Blade Runner 2049.” “Dune” is produced by Legendary and will be distributed by Warner Bros. on December 18. Isaac’s “Star Wars: The Rise of Skywalker” opens in theaters nationwide December 20 from Disney.

This Article is related to: Film and tagged Denis Villeneuve, Dune, Oscar Isaac