Wollen's "Signs and Meaning in the Cinema" is widely regarded was one of the most important books on film theory, and it helped change Swinton's life. 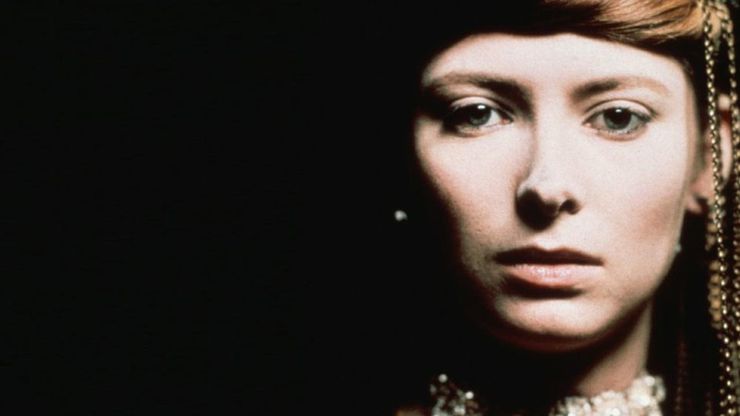 In the film industry itself, Wollen got his start by sharing a screenwriting credit on Michelangelo Antonioni’s 1975 drama “The Passenger,” starring Jack Nicholson and Maria Schneider. Wollen made his directorial debut with “Penthesilea: Queen of the Amazons,” which he directed alongside his wife, legendary film scholar Laura Mulvey. The two made several films together. The only film to be solo-directed by Wollen was the 1987 science-fiction romance “Friendship’s Death,” starring Bill Paxton and Tilda Swinton. The latter played a female extraterrestrial robot who crash lands on earth and meets a British war correspondent.

Swinton not only starred in Wollen’s “Friendship’s Death,” but she also was greatly affected by his film theory work. In a tribute to Wollen, the Oscar-winning actress credits “Signs and Meaning in the Cinema” as being “the first seminal book I read about film that actually made sense while bopping you to bits with its braininess and taking the engine of cinema completely apart in front of you.”

Read Swinton’s full tribute to Wollen in the post below.

Peter Wollen was a sort of saint to me when I was a student.

His “Signs and Meanings in the Cinema” was the first seminal book I read about film that actually made sense while bopping you to bits with its braininess and taking the engine of cinema completely apart in front of you while making you even more excited to jump in and go racing about in it just as soon as you possibly could.

A couple of years later, I was working with him, on the second film I ever made, the pocket masterpiece that is “Friendship’s Death.” Based on a short story by Peter which he used to refer to as autobiographical, I would describe this film — an encounter and four-day conversation between a journalist and an extra-terrestrial peace envoy in Amman, Jordan — as a romance about humanity, and it is certainly full of love, while remaining bright-minded and unashamedly political to its boots.

The fact that this extraordinary piece of work — which ran for a year straight at the Bleecker Street cinema on its release — has become all but entirely lost has long been kicking a painful bruise for those of us close to it and to Peter: Peter had been caught in the limbo of dementia for a very long time and was unable to speak up for his work himself. The news of his eventual departure today is sad, indeed, but, honestly, maybe no sadder than it has been for us all to be missing him already for so long.

As life would have it, I am proud to say that we have been working with the BFI over the past year to secure a new print of “Friendship’s Death,” which we hope very much to be able to screen in 2020. A righteous honor to dear, white-hot brilliant, Peter, whose delicacy of spirit, sense of imaginative rhapsody and somewhat dazzling prophetic genius lives on within it forever.

This Article is related to: Film and tagged Obituary, Peter Wollen, Tilda Swinton