The lauded French filmmaker's fourth feature is her most lush and sensual work yet — it's also her most poignant. She tells IndieWire why (and how) that pain was always built into her love story. 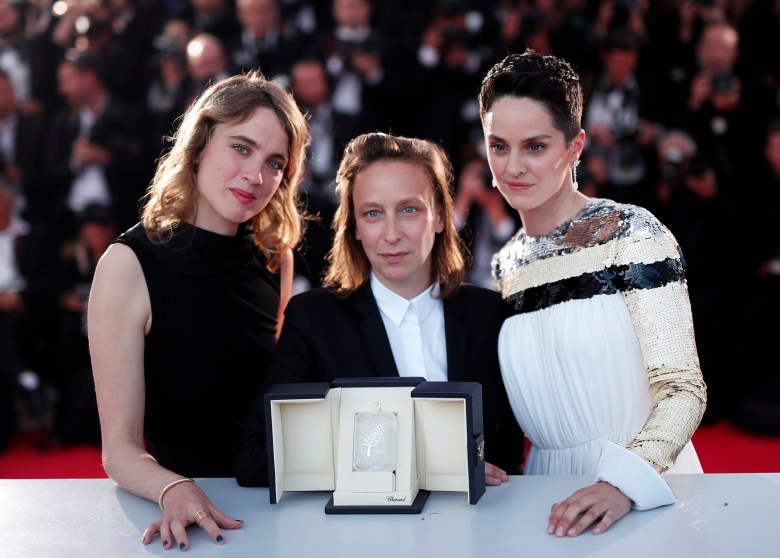 The first image that came to filmmaker Céline Sciamma when she began envisioning what would become her fourth feature, “Portrait of a Lady on Fire,” was not a happy one. While the majority of the action in the French filmmaker’s lush period romance takes place on an isolated island sometime in the 18th century, a handful of later scenes abandon the evocative location, picking up years later in a bustling city. The divide between settings (and tones) is stark, but it’s also necessary to the wild spirit of the film, one that is built around a love story that refuses convention at every turn. That’s where Sciamma started.

“The last scene came really, really early, disconnected from even the idea of a woman painter,” Sciamma said in a recent interview with IndieWire. “I wanted to write a love story and I thought, ‘What do I want to tell?’ And that scene came up really, really quickly, alone, by itself. The weird compass of the film was its last scene. That’s a compass, but it’s a high pressure one.”

Noémie Merlant is the “woman painter” in question, artist Marianne, sent to a far-flung island in Brittany to turn her attention to an unwilling subject, Adèle Haenel as Héloïse, who becomes (quite literally) the woman on fire. Marianne is tasked with painting Héloïse’s wedding portrait, only she can’t let the unhappy would-be bride know her true mission. Soon, Marianne is spending her days with Héloïse as a companion, and her nights furiously trying to paint her from memory. Eventually, the pair fall deeply in love, though it’s clear from the start that there can be no happily-ever-after for the duo.

Sciamma is right: it is a high pressure compass for a film that chronicles the passionate bond formed between two independent women caught in unlikely circumstances. For it to work, it requires that every minute of the love story that leads up to it is worthy of its power. It is. Sciamma is trying to break your heart. That was always the plan.

“We want people to have their heart broken and think about themselves, but enjoy this experience of this strong love story,” she said. “But it’s also about the memory of a love story. It’s a lot about the present, the rise of desire, but it’s also about what’s left of a love story. What’s the memory of a love story. There’s these two timelines that sometimes are contiguous, contaminating one another. We are trying to propose another politic of love where it’s not about possession or donation or eternal love or death or eternity or whatever. It’s more about love as a dynamic that can only grow.”

Sciamma is hopeful that even amidst tears, her audience will walk away feeling lightened by the experience, somehow freed. “I wanted to make a consoling film,” she said. “You should reconcile yourself with love stories. There’s a motto in the film, I don’t remember how it’s translated exactly, but it’s ‘don’t regret, remember.’ People are getting tattoos of this. I’m quite happy about that. Like, ‘Oh, that made a difference for me.’ I’m receiving a lot of messages, people saying, ‘I’m more at peace with my romantic past.'” 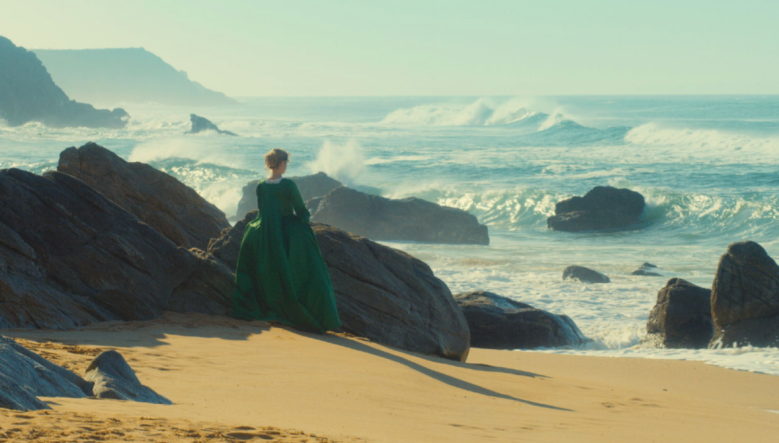 It seems that Sciamma has also taken away that message from the film, which stars her long-time muse Haenel as the object of Merlant’s affection. While the news that Sciamma had cast Haenel, who previously starred in Sciamma’s feature debut “Water Lilies” over a decade ago, as one of her leads didn’t come as a shock, that the long-time partners had broken up before the film was made proved to be a bit more unexpected. The pair remain close, both professionally and personally, and if “Portrait” makes people wonder about their romance, that’s just part of the process.

“We did our first film together and we had a love story that was public, so it’s part of the perception of the film,” Sciamma said. “People know that we had that bond and that we still have a bond even though this is over for years. Maybe the film is performing this idea or maybe our lives are giving the dynamic to the film. I will never know. It’s hard to know. I think I will change my mind about this.”

Sciamma is the last person to set out firm ideas about what she might possibly think in the future, but that sense of open-endedness befits “Portrait of a Lady on Fire.” It’s that same concept that helps the film battle back old ideas of how a cinematic love story should function. Sciamma said she took inspiration from another time-slipping feature about unexpected romance: David Lynch’s beloved “Mulholland Drive.”

“I wanted the film structure to tell that love always has a future, that ‘I love you’ is always something you will say deeper and deeper in the future,” she said. “I thought a lot about ‘Mulholland Drive.’ I was looking at what love stories do in cinema and how their shape actually proposes a politic of love or philosophy of love. David Lynch found the right structure, which is so mysterious to everybody, but it’s simple, he’s always doing really simple things, actually. It says, ‘I love you is always something you say in the past.’ These two women meet and then they are in a bed and you’re like, ‘What?’ And then one says, ‘I think I’m in love with you.’ And you’re like, ‘Already?’ It’s because everything has already happened.”

Sciamma is able to so easily unpack Lynch’s tangled webs — it’s hard not to admire someone smart enough to term his most dense works as actually being simple — because of the amount of time she spends thinking about her own projects. “Portrait of a Lady on Fire” is her first directorial effort since 2014’s “Girlhood,” which debuted at Cannes’ Directors’ Fortnight and went on to be nominated for four César Awards, including a Best Director nod for Sciamma. She did not rest in between productions, and said she spent entire years ruminating on what would become “Portrait of a Lady on Fire.”

Sciamma’s excitement over her work didn’t dilute her meticulous nature in the slightest. She still writes her screenplays beat by beat, then scene by scene. She doesn’t cut any corners, and refuses to so much as jump ahead to write a single scene out of sequence. 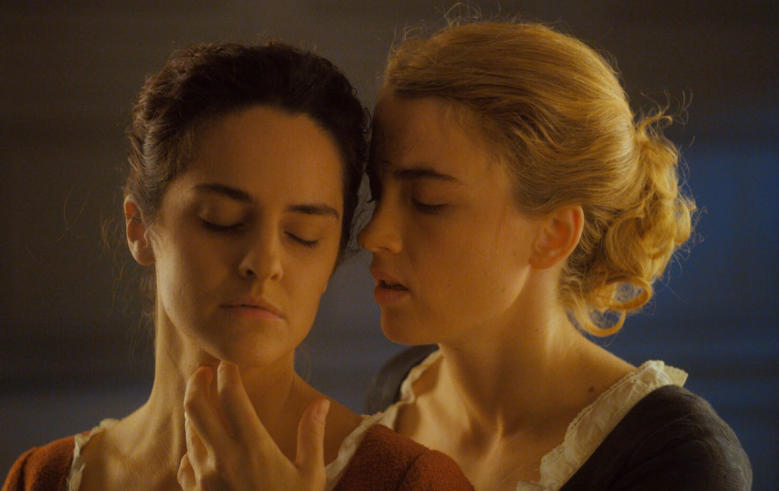 “I don’t write a synopsis, I don’t write a treatment. I write scene by scene,” she said. “It’s just the scenes without the dialogues, the ideas of the scene, and I work around this. Until I’m happy with every step, I’m not writing the thing. Then I go directly to writing the full script in step-by-step, not saying, ‘Okay, well maybe I’m going to write sequence 24.’ I’m trying to have that discipline of going through all the ideas [sequentially]. And then of course, rewriting, rewriting, rewriting.”

One thing Sciamma doesn’t spend too much time thinking about: how to subvert the male gaze in her work. “Portrait of a Lady on Fire” is her most sensual work to date, but she has always approached her films with a distinctly feminine eye. She doesn’t objectify her subjects, and even “Water Lilies” (which is about a trio of teenage girls coming of age, complete with plenty of sexual confusion and attraction) never feels invasive. Her “Tomboy” delicately handles questions of gender identity, while “Girlhood” deftly tackles issues related to not just gender, but race and class.

That “Portrait of a Lady on Fire” would continue that tradition, when its daring and deep lesbian romance could easily breed something salacious, should not surprise anyone who knows Sciamma’s work. That doesn’t mean she’s not always working at it.

“My work has always been about not being conventional and male gaze is convention,” she said. “It’s not just because I’m a woman behind a camera, because women can actually reproduce male gaze, because that’s our education. I think my movies are very much about the female gaze. … But it’s not going to happen magically if you’re a woman. It’s still something you have to deconstruct, but it’s not something you have to be vigilant about. I don’t have to think, ‘How am I not going to objectify this woman?'”

In September, “Portrait of a Lady on Fire” endured its own final bit of heartbreak. Despite strong support after a dazzling Cannes premiere (where it won both Best Screenplay and the Queer Palm), the film lost out on France’s bid for Best International Film at the Oscars to Ladj Ly’s “Les Miserables,” which also enthralled audiences at Cannes this year. Domestic distributor Neon eventually pivoted off a wide 2019 release to a limited December run, followed by a wide release in February, perfectly timed to Valentine’s Day. Sciamma would surely have loved to represent her country at the Oscars, but she’s not letting the choice sting.

“It’s not about my dream, a little girl’s dream, because little girls don’t have dreams, they must have plans,” she said. “It’s really about the fact that the movie stands for something, and I want to support that here. That’s why I like my job so much, cinema is a nation. I see on Twitter, there’s people are calling themselves Portrait Nation. That’s beautiful. To me, it’s about campaigning for cinema, that’s my commitment.”

Neon will release “Portrait of a Lady on Fire” in limited release on Friday, December 6, with a wide release to follow on Friday, February 14.

This Article is related to: Awards and tagged Céline Sciamma, Consider This, Portrait of a Lady on Fire