Tarantino didn't go through with his "Halloween" sequel, which is probably a good thing since he considers most of the follow-up films "awful." 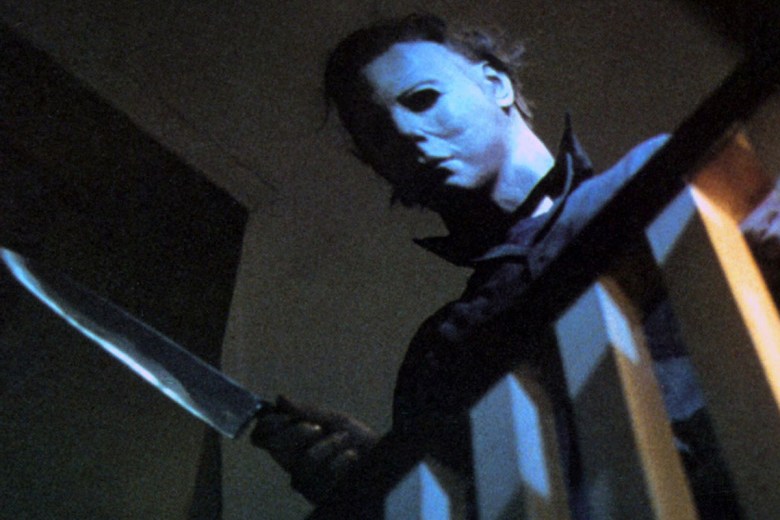 Following the success of “Reservoir Dogs” and his screenplay for “True Romance,” Quentin Tarantino got an offer from Miramax to write the sixth film in the “Halloween” horror movie franchise. Tarantino reveals in a new interview with Consequence of Sound that he never got started on the script but he did kick around a few ideas of what would happen. “Halloween 5: The Revenge of Michael Myers” (1989) ended with a mysterious man in black breaking the killer Michael Myers out of jail. It would have been up to Tarantino to figure out who the man in black is and what he and Michael Myers do next.

“Yeah, I was like, ‘Leave that scene where [the Man in Black] shows up, alright, and freeze Michael Myers,'” Tarantino said. “And so the only thing that I had in my mind, I still hadn’t figured out who that dude was, was like the first 20 minutes would have been the Lee Van Cleef dude and Michael Myers on the highway, on the road, and they stop at coffee shops and shit and wherever Michael Myers stops, he kills everybody. So, they’re like leaving a trail of bodies on Route 66.”

Tarantino’s opening idea for “Halloween 6” sounds like it was somewhat inspired by his story for “Natural Born Killers,” the Oliver Stone drama about two lovers who commit mass murders during a road trip. That script was sold by producers Jane Hamsher and Don Murphy to Warner Bros. and got rewritten by Stone, Richard Rutowski, and David Veloz. Tarantino would pass on “Halloween” and go on to direct “Pulp Fiction” and “Jackie Brown” for Miramax. Tarantino’s decision was arguably a great one, but he most likely never took the “Halloween” pitch seriously since he was never a fan of the sequels to John Carpenter’s original 1978 classic.

“The sequels were horrible. They’re like fruit from a poison tree because Laurie is not the brother of the Shape,” Tarantino told Consequence of Sound, criticizing the “Halloween II” twist that reveals Michael and Laurie are siblings. “It’s horrible that it does that. There’s something far more scary that he’s going through Haddonfield and it’s just her…I think they just yanked some idea out of their ass, alright, and they just talked themselves into ‘Hey, well, this is why…’ and now part two has a reason.”

Tarantino did go on to praise Rob Zombie’s 2007 “Halloween” remake and its 2009 sequel. “I like his Sam Peckinpah aesthetic,” the director said.

As for the fate of Tarantino’s “Halloween” sequel, Miramax recruited writer-director Dominique Othenin-Girard to work on the film, which was eventually released under the title “Halloween: The Curse of Michael Myers.” The franchise most recently continued with David Gordon Green’s 2018 entry “Halloween,” which skipped the sequels and served as a direct follow-up to Carpenter’s original. The next film in the franchise, “Halloween Kills,” opens October 16, 2020.

This Article is related to: Film and tagged Halloween, Miramax, Quentin Tarantino