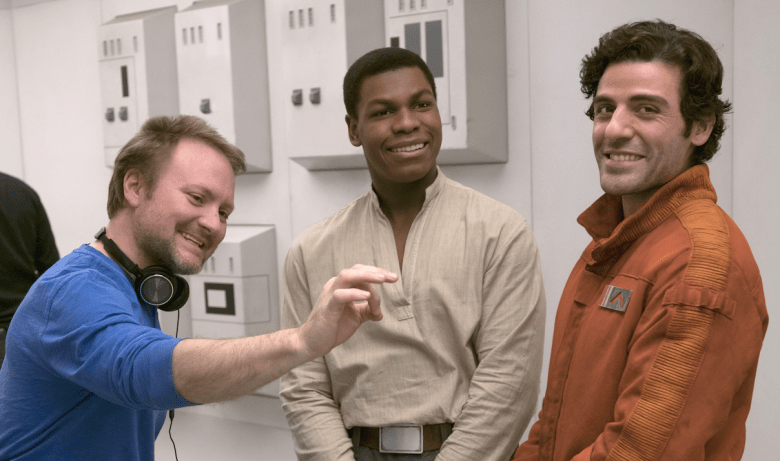 Rian Johnson has spent the last two years on the receiving end of backlash from “Star Wars” fans who dislike his 2017 entry “The Last Jedi.” Johnson’s storytelling decisions upended the expectations of J.J. Abrams’ “The Force Awakens” in a way that delighted film critics but caused an uproar among many fans. Johnson’s “Last Jedi” script refused to cater to fan theories and fan wishes, and the director says it would have been a mistake to shape characters and narrative based on keeping the fandom happy. Johnson expressed this opinion during a recent Radio.com interview on the “Swings & Mrs.” podcast.

“I think approaching any creative process with [making fandoms happy] would be a mistake that would lead to probably the exact opposite result,” Johnson said. “Even my experience as a fan, you know if I’m coming into something, even if it’s something that I think I want, if I see exactly what I think I want on the screen, it’s like ‘oh, okay,’ it might make me smile and make me feel neutral about the thing and I won’t really think about it afterwards, but that’s not really going to satisfy me.”

Based on the divisive first reactions to the upcoming “Star Wars: The Rise of Skywalker,” it appears J.J. Abrams has listened to the fandom and has course-corrected some of Johnson’s “Last Jedi” twists in order to appease “Star Wars” fans. Kyle Buchanan, awards columnist for The New York Times, reacted to “Rise of Skywalker” on Twitter by writing, “[The film] could only have been ruder to Rian Johnson if they had motion-smoothed it.” IGN’s deputy entertainment manager Laura Prudom called the film “an unnecessary course-correct from ‘The Last Jedi’” that doesn’t make sense.

Johnson’s Radio.com interview was published December 13, a few days before “The Rise of Skywalker” world premiere and exactly one week ahead of the film’s nationwide theatrical release. In no way does Johnson’s belief that catering to fandoms is a mistake reflect his opinion of “The Rise of Skywalker.” Johnson is one of the most vocal filmmakers on Twitter and fans should expect his “Rise of Skywalker” reaction in the coming days.