Thanks to its nomination process that rewards familiarity, the SAG Awards fall into a pattern of honoring the same performers year after year. 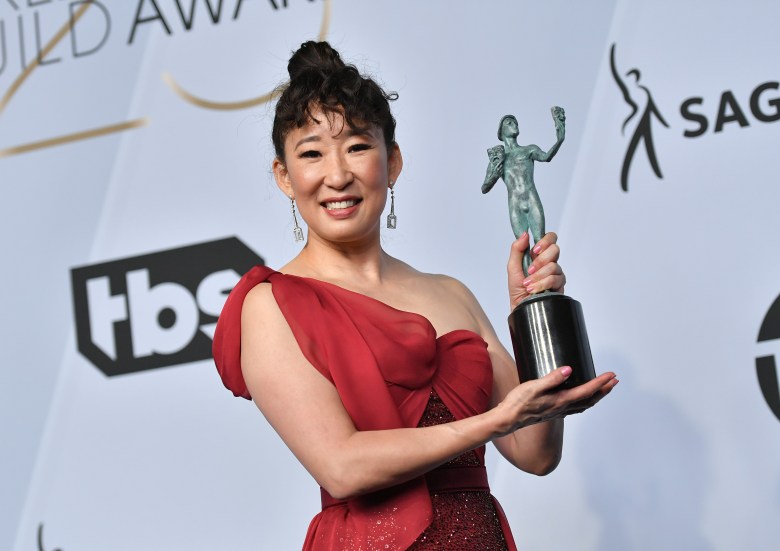 The Golden Globes aren’t the only game in town when it comes to stops in the Oscar race that also dabble in television awards. Distributed by the Screen Actors Guild-American Federation of Television and Radio Artists (SAG-AFTRA), the Screen Actors Guild (SAG) Awards look to recognize outstanding performances in both film and television and often carry special significance to winners, seeing as it is an honor bestowed upon them by their peers.

But while the importance of the SAG Awards to actors themselves is self-evident, it’s much less clear what role the ceremony plays in the larger conversation of the Emmy race.

Scheduled for January 19, the SAG Awards come three months after the 2019 Emmy Awards and a full nine months before the 2020 ceremony, miring them, like the Golden Globes, in something of a no man’s land — either too late to be relevant or too far ahead of the curve to directly influence the events to come.

Going beyond that, the ceremony’s winners are often all over the map, and while they are not as idiosyncratic as the Golden Globes’ nods, they are at least as enigmatic overall.

While not obsessed with crowning Hollywood stars or trying to predict the future, the SAG Awards often feel extremely comfortable just going with the flow and not thinking too hard about how their TV honors shake out.

How else does one explain Alec Baldwin winning the actor for Outstanding Performance by a Male Actor in a Comedy Series for seven straight years, one for each season he starred as Jack Donaghy on NBC’s “30 Rock”? Or the decade they spent just passing the actor for Female Actor in a Comedy Series between Tina Fey on “30 Rock,” Betty White on TV Land’s “Hot in Cleveland,” Uzo Aduba on Netflix’s “Orange is the New Black,” and Julia Louis-Dreyfus on HBO’s “Veep”?

That said, it may be the way that SAG-AFTRA whittles down its contenders that contributes to the maintenance of the status quo. At last count, the organization had well over 160,000 members, an astronomical amount, particularly in contrast with the Hollywood Foreign Press Association (who oversees the Golden Globes) which tops out at 90-some participants, as well as the Academy of Television Arts & Sciences, which boasts more than 17,000 members.

Because of these vast numbers, nominees for the SAG Awards are not decided by general vote and instead the task is tackled by a group of 2,500 randomly selected members. After determining the nominees, the matter is then turned over to the membership at large, who then votes for the winner. This method, with a separate group of 2,500 members, is also utilized for the film awards.

While the film honors often sync up with the Oscar winners just three weeks later, TV winners are more likely to go their own way, falling into an unfortunate trap of awarding the same performers and/or performances year after year. It’s a problem that often befalls TV awards, particularly in comparison to film awards. If they could, Oscar voters might very well celebrate “Green Book” again this year, because it’s something they know and, apparently, love.

With TV, voters are able to support their very favorite things year after year, which makes the nominations committee in the SAG process more important than ever. If you don’t want Baldwin winning every year for a decade, you might have to stop nominating him.

In that sense, the SAG Awards remain an entity to themselves. It’s another accolade to populate FYC advertisements in the years to come and it serves as recognition of skill from the group that knows it best. But in the TV awards conversation, the SAG Awards stand alone.

The 2020 Screen Actors Guild Award nominees will be announced Wednesday, December 11. The 26th Annual SAG Awards ceremony will be held Sunday, January 19 in Los Angeles and simulcast live on TNT and TBS at 5 p.m. PT.