"Saint Maud" follows in the tradition of A24's "The Witch," "Hereditary," and "Midsommar" as a genre-bending horror movie. 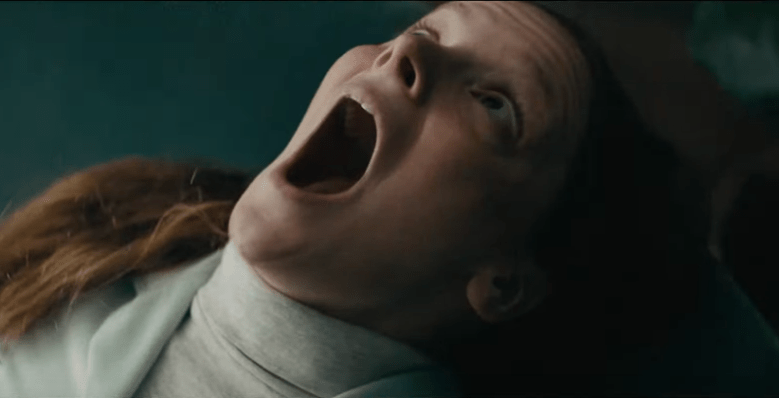 The debut film of writer/director Rose Glass, “Saint Maud” is the latest bold horror movie from A24, the studio that brought you Robert Eggers’ “The Witch,” and Ari Aster’s “Hereditary” and “Midsommar.” Opening March 27, 2020 in the U.S., the film premiered at the 2019 Toronto International Film Festival. Watch the first trailer for the film below.

Back when “Saint Maud” and Glass won a special film prize in the U.K. backed by the British Film Institute, in October from a jury led by Danny Boyle, he described Glass as “an extraordinary talent and powerful storyteller” and said the film was “a genuinely unsettling and intriguing film. Striking, affecting and mordantly funny at times, its confidence evokes the ecstasy of films like ‘Carrie,’ ‘The Exorcist,’ and Jonathan Glazer’s ‘Under the Skin.’ Her skill in successfully incorporating original elements to a genre story and finding new ways to offer audiences a thrilling cinematic journey through madness, faith and death signifies Glass as a true original.”

In the film, Maud (Morfydd Clark), a newly devout hospice nurse, becomes obsessed with saving her dying patient’s soul — but sinister forces, and her own sinful past, threaten to put an end to her holy calling. The cast also includes Jennifer Ehle, Turlough Convery, Marcus Hutton, and Carl Prekopp.

IndieWire’s David Ehrlich gave “Saint Maud” a strong review out of Toronto, writing, “A slender but unholy cross between ‘First Reformed’ and ‘The Exorcist,’ Rose Glass’ taut and trembling ‘Saint Maud’ transmutes a young woman’s spiritual crisis into such a refined story of body horror that genre fans might feel like they’re having a religious experience. Of course, even the most overzealous viewers will find there’s always room for doubt — and that’s where the Devil gets in. A palliative care nurse in a dreary town somewhere along the British coast, the intensely devout Maud (a divine Morfydd Clark) is doing her best to seal the area around her soul. That seems to be one hell of a struggle. Soft-spoken but vibrating with serial killer intensity, Maud seldom opens her mouth when she’s not talking to God inside her acetic little apartment, reminding her lord and savior that she was meant for something greater.”

This Article is related to: Film and tagged A24, Jennifer Ehle, saint maud