Screen Talk, episode 271: Both "Star Wars: The Rise of Skywalker" and "Cats" are getting mixed reviews, but which one comes out ahead? 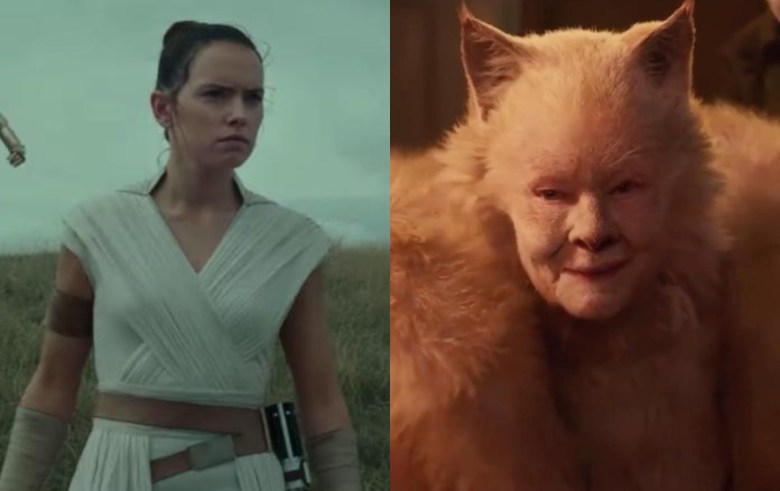 “Star Wars: The Rise of Skywalker” and “Cats”

Just when 2019’s movie offerings couldn’t get more complicated, the end of the year has brought a pop culture showdown for the ages: On the one hand, J.J. Abrams’ conclusive “Star Wars: The Rise of Skywalker” is far larger event movie than “Cats,” Tom Hooper’s adaptation of the outlandish Andrew Lloyd Webber show.

But both movies are effects-driven commercial propositions released just in time for the holidays, and they’ve faced a fair amount of critical derision over the past week. So which one is more worth your time? In this week’s episode of Screen Talk, Eric Kohn and Anne Thompson debate both new releases, puzzling over what works, what doesn’t, and what they both say about the state of the industry at the end of the year.

This Article is related to: Film and tagged Podcasts, Screen Talk, screen-talk-271, Star Wars: The Rise of Skywalker