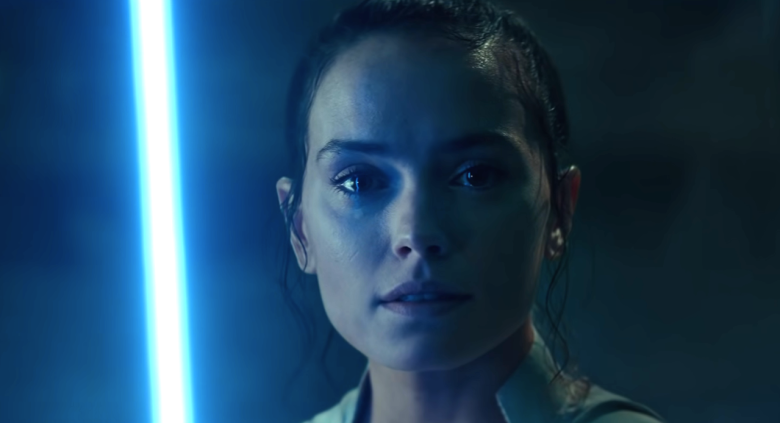 The first screening of “Star Wars: The Rise of Skywalker” took place December 3 exclusively for the cast, and fans can only hope the J.J. Abrams-directed tentpole is as great as Richard E. Grant’s video reaction to it. Grant, fresh off a Best Supporting Actor Oscar nomination for “Can You Ever Forgive Me?” earlier this year, plays a new First Order character in the film. Grant took to Twitter to share his reaction to “The Rise of Skywalker” and was so excited he was nearly out of breath.

“I’ve just seen ‘Star Wars: The Rise of Skywalker’ and nothing prepares you for this,” Grant says in the video. “I cheered, I shouted, I fist-pumped the air, I cried, I stood and cheered. It’s absolutely everything you hoped it was going to be.”

Grant accompanied his video reaction with a caption that heaped more praise on the upcoming “Star Wars” movie, writing, “What [the film] achieves, weaves, and resolves is a total emotional meltdown and resurrection of the spirit.”

Joonas Suotamo, who plays Chewbacca in the film, also took to social media to praise “The Rise of Skywalker” as a major achievement. “It was everything I had hoped for and more!” the actor said. “Thank you, J.J. Abrams, for allowing us to see it and allowing me to bawl and cheer in private before stepping in front of the world. Sir, we have a masterpiece!”

“Star Wars: The Rise of Skywalker” is the final entry of the Skywalker saga that first begin with George Lucas’ original “Star Wars” in 1977. Disney is releasing the expected blockbuster in theaters nationwide December 20. Watch Gran’t amazing reaction video in the post below.

Just seen the 1st cast screening of @starwars #THE RISE OF SKYWALKER. What it achieves, weaves & resolves, is a total emotional meltdown & resurrection of the Spirit. Bravo to @jjabrams & his astonishing cast & creative crew 💥🚀💥🚀💥🚀💥🚀💥🚀💥🚀 pic.twitter.com/EwtYghYTXK

And thank you @jjabrams for allowing us to see it and allowing me to bawl and cheer in private before stepping in front of the world. Sir, we have a masterpiece!

This Article is related to: Film and tagged Richard E. Grant, Star Wars, Star Wars: The Rise of Skywalker