Among those to watch are Netflix's "Crip Camp," the Parkland, Fla. survivors in "Us Kids," and "The Dissident," about Jamal Khashoggi. 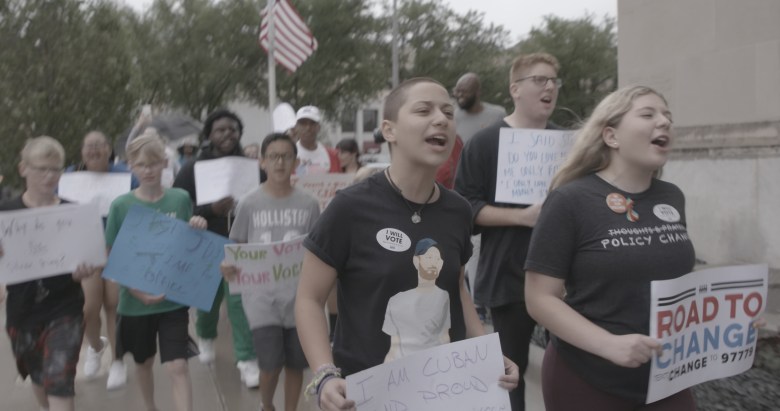 While a few lauded Sundance Film Festival titles like “The Farewell” and “The Report” still seek 2020 awards attention, the 2019 narrative selection became more talent discovery than Oscar launchpad as heated buys like “Late Night” and “Brittany Runs a Marathon” fizzled at the box office. For the documentary section, however, it’s a different story.

While Sundance’s nonfiction program has always been strong, it’s now becoming the festival’s premier showcase. The intensely competitive Sundance doc selections yield a high percentage of Oscar nominations, including four out of last year’s final five (“Hale County This Morning, This Evening,” “Minding the Gap,” “Of Fathers and Sons,” and “RBG”). Many of this year’s doc contenders debuted at Sundance 2019, including Gotham Awards winner “American Factory,” “Apollo 11,” “Edge of Democracy,” New York Film Critics Circle winner “Honeyland,” “Knock Down the House,” “One Child Nation,” and “Sea of Shadows.”

Sundance’s fictional narratives remain impressive, producing a countless number that generate great reviews, and launch careers across the industry spectrum. But when it comes to Oscars, statistics show that only one or two of Sundance titles will have a real shot at contention on any given year.

Among the 2020 prospects are Rodrigo Garcia’s “Four Good Days,” starring Glenn Close as a mother desperate to keep her addict daughter (Mila Kunis) off opioids and “The Father,” co-written by director Florian Zeller and Christopher Hampton and starring Anthony Hopkins as an aging Londoner who refuses to accept a nurse from his daughter (Olivia Colman). 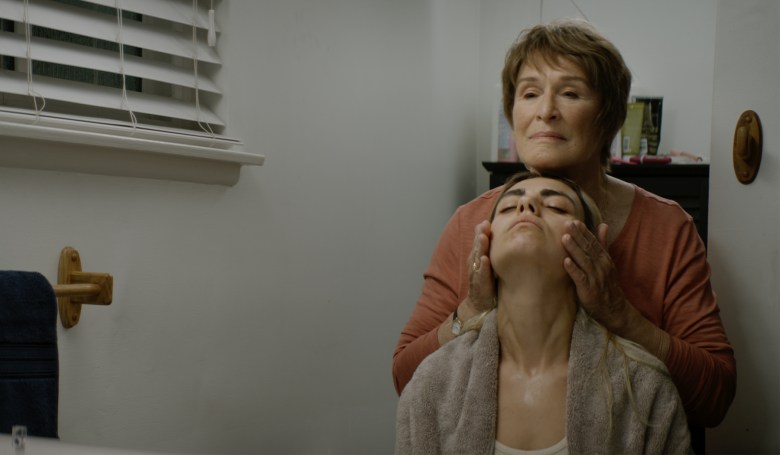 Fox Searchlight has “Force Majeure” remake “Downhill” and Benh Zeitlin’s long-awaited “Wendy,” while Dee Rees’ Joan Didion adaptation, “The Last Thing He Wanted,” is her Netflix followup to “Mudbound” and was one of the first films invited to the festival. There are also promising biopics with Benedict Cumberbatch in Dominic Cooke’s Cuban Missile Crisis drama “Ironbark,” and Michael Keaton as D.C. lawyer Kenneth Feinberg in Sara Colangelo’s true drama “Worth.”

But this year, look to documentaries to generate some of the most heated bidding wars — especially as streamers like Apple+ and HBO Max compete with Netflix in search of the next “American Factory.” Here are some of the titles building buzz according to Sundance director John Cooper and chief programmer Kim Yutani.

Another must-see is Jesse Moss and Amanda McBain’s “Boys State,” which tracks high school seniors from all 50 states who take a crash course on how government works. The movie is a microcosm for how today’s youth see the role of American government. (Seller: Submarine) 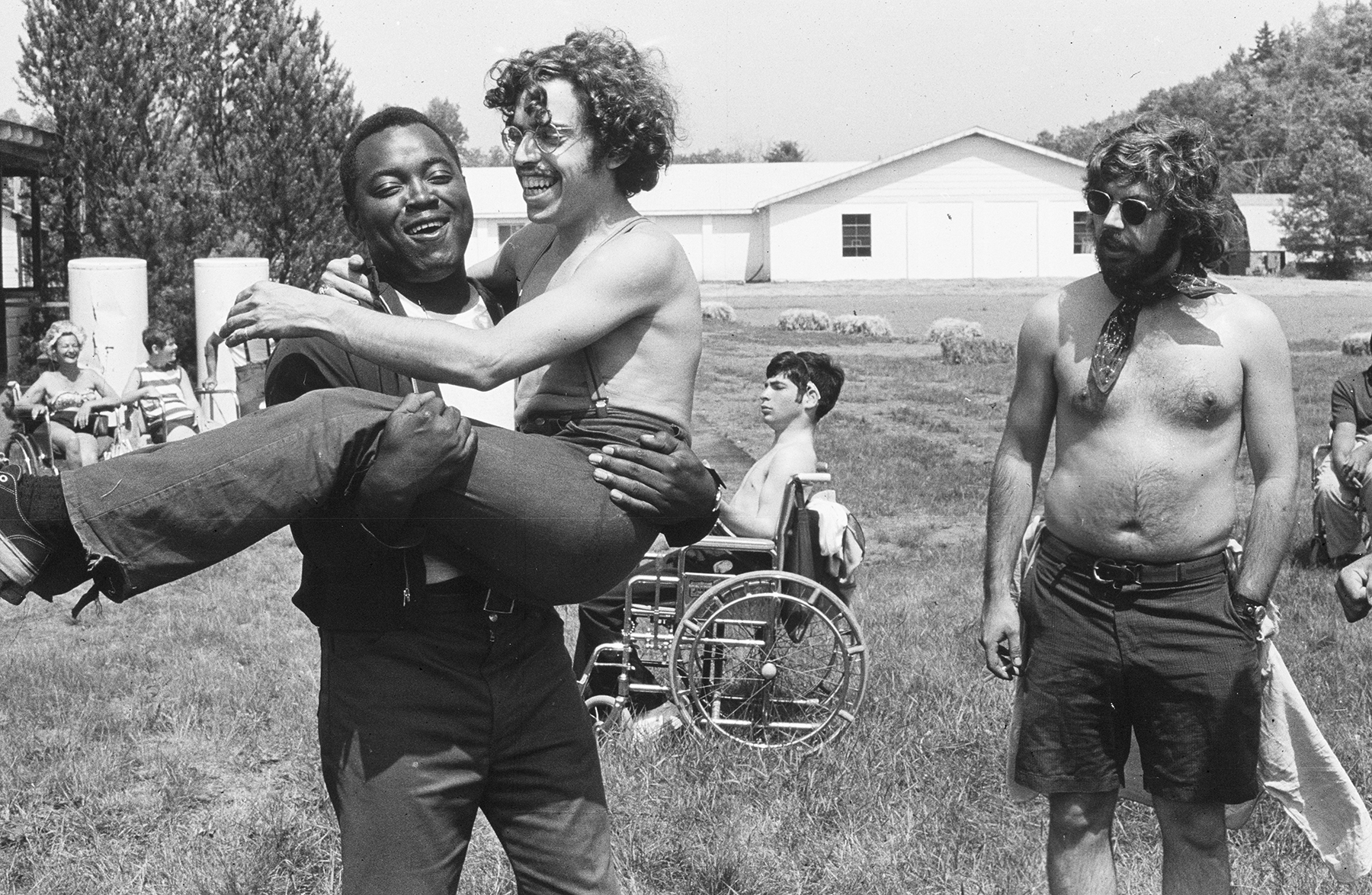 “Crip Camp” directors Nicole Newnham and Jim LeBrecht found archival footage from the early 1970s of disabled teenagers who blossomed from their early experiences at a Woodstock summer camp into the leaders of a transformative movement. Sundance booked this Netflix documentary for opening day at the Eccles. “This will go a long way,” said Cooper.

In a similar activist vein, “Us Kids,” from veteran producer-director Kim A. Snyder, tracks the teenage survivors of Parkland, Fla. as they spearhead a national youth movement. “It’s about youth not being anarchists or stepping away, but stepping into the fight,” said Cooper. “It’s impactful.” (Seller: Endeavor)

Denmark director Emma Sullivan’s docu-thriller “Into the Deep” (Netflix) follows the story of young Australian journalist Kim Wall, who had been covering amateur inventor Peter Madsen for a year when he brutally killed her on his homemade submarine.

With “The Dissident,” Oscar-winning “Icarus” filmmaker Bryan Fogel takes on another global scandal as he investigates the murder — and coverup — of Washington Post journalist Jamal Khashoggi at Saudi Arabia’s consulate in Istanbul, putting the story into an international context. “He goes for it,” said Cooper. (Seller: UTA)

Kirby Dick and Amy Ziering (“The Hunting Ground”) continue their dogged pursuit of sexual abusers and the toll they exact on survivors and society; their latest untitled film (for AppleTV+) tracks a former hip hop executive who weighs the fallout of going public about her rape by a powerful music mogul. “It’s a continuation of the conversation about sexual abuse and the abuse of power,” said Yutani, “but this intensifies it by bringing in the element of rape.”

And this is the tip of the iceberg, as reaction from critics and audiences at the festival fuel the flames for viewers and buyers among a range of titles too numerous for anyone to sample in Park City alone.

This Article is related to: Awards and tagged Documentary, Oscars, Sundance, Wendy