Taylor-Johnson tells Collider about working with Nolan, "It was a real honor and pleasure to be in his presence, and to work on that movie." 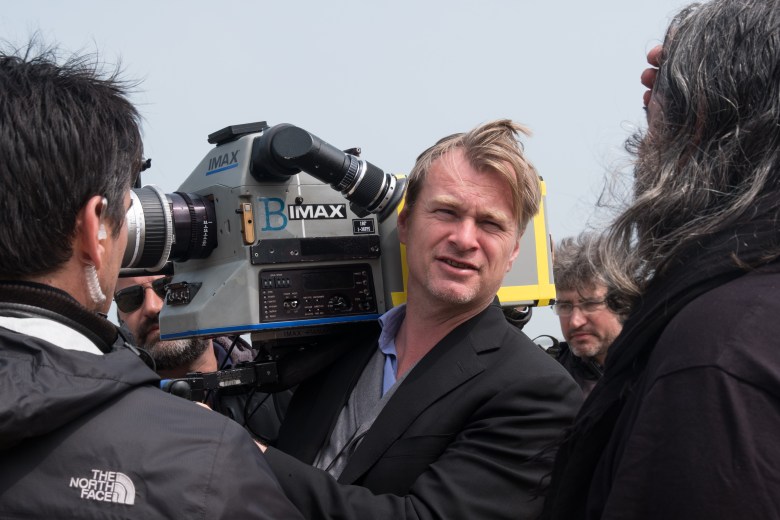 Christopher Nolan’s “Tenet” is easily one of the most highly anticipated movies of 2020, and supporting actor Aaron Taylor-Johnson is here to keep anticipation at sky high levels. In a new interview with Collider to promote his film “A Million Little Pieces,” the actor is asked about Nolan’s upcoming espionage blockbuster and has nothing but praise to share about both “Tenet” and its writer-director.

“I love Christopher Nolan movies,” Taylor-Johnson said. “When there was an opportunity to try to go for a role in any one of his movies, I’ve been the first person to have my hand up, saying, ‘Let me try.’ I was very fortunate and lucky to have been accepted into the cast of ‘Tenet.’ John David Washington is phenomenal and incredible, and a wonderful, genuine guy. He’s gonna be a star. Robert Pattinson is brilliant and great. I loved working with him.”

Taylor-Johnson continued, “Working with Nolan is working with a legend. It’s about being able to stand back and observe how his mind works. How he is, as a filmmaker, and how he puts his films together is quite extraordinary. There’s no expense spared. He’s definitely trying to push the boundaries of cinema, in high concepts and sci-fi concepts, and the cinematic side of things is extraordinary to watch. It was a real honor and pleasure to be in his presence, and to work on that movie. But to be honest, there’s nothing else I can really say about it.”

Robert Pattinson told USA Today in April the “Tenet” script was “unreal,” but Warner Bros. has kept all plot details under a tight lock and key. A brief teaser trailer for “Tenet” debuted in August ahead of “Hobbs & Shaw” but gave little information about the movie away. The cast includes Pattinson, Washington, Taylor-Johnson, Clemence Poésy, Elizabeth Debicki, Kenneth Branagh, and Michael Caine. “Tenet” has been described as an espionage epic spanning multiple countries. Taylor-Johnson’s quote seemingly confirms the rumor there is a science-fiction element to the plot.

Nolan shot “Tenet” over the summer on a reported budget of $225 million, making it the most expensive original feature of his career. Warner Bros. is opening “Tenet” in theaters nationwide July 17, 2020.