Gilliam talks his long-suffering Cervantes epic, why he hated "Black Panther," and how Marvel tells us "we all need to be superheroes to do anything worthwhile." 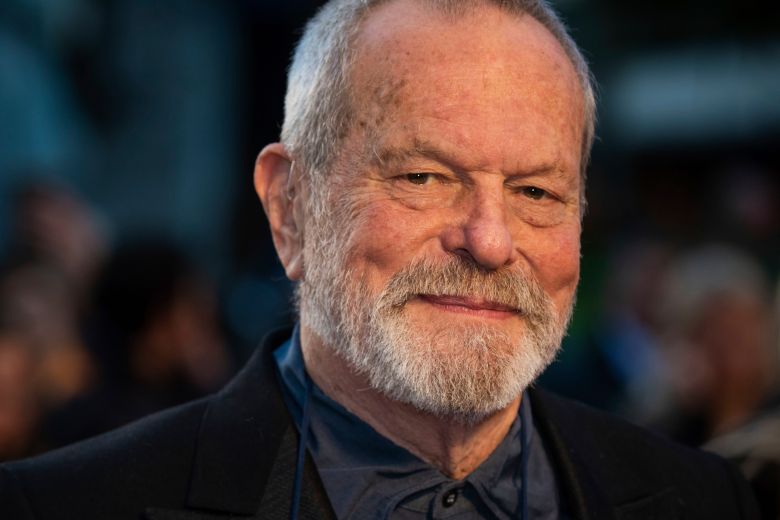 Terry Gilliam spent 30 years — nearly half the 79-year-old director’s life — pushing “The Man Who Killed Don Quixote” up a mountain. Production stalls, casting qualms, budget blow-ups, even a stroke. It would seem the fates were against the legendary filmmaker. Was it all worth it? “Sure,” the director told IndieWire in a recent interview. “We did something everybody said ‘Don’t do.’ I didn’t take advice. I feel good when I don’t take advice.”

Gilliam’s Miguel de Cervantes adaptation has been notoriously thwarted all the way back to 1989. Yet the finished product, which finally shot in 2017 once Adam Driver signed on, stands as an impressive achievement on its own terms that doesn’t reflect any behind-the-scenes drama. “That’s the whole point. Our problems are not supposed to be your problem,” Gilliam said. “I don’t think of the film as taking 30 years to make. The film we made, we made in one year.”

While “The Man Who Killed Don Quixote” did finally see the light of day despite Amazon Studios dropping the film for distribution circa Cannes 2018 — with a quiet, one-week release stateside earlier this year, plus brief windows throughout Europe — Gilliam remains embattled in a pile-up of lawsuits. Specifically, he’s up against his film’s producer, Paulo Branco, whom Gilliam calls a “psychopath. He’s the filmic version of Donald Trump. He’s an egomaniac, a megalomaniac, and a semi-psychotic and I also think schizophrenic…he makes Harvey Weinstein look like a really sweet guy to work with.” Branco has not responded to IndieWire’s request for comment.

The Portuguese producer was hired in 2016 with the promise of securing the necessary financing to fill the film’s budget (which landed around 16 million euros), and Branco came highly regarded after lifting David Cronenberg’s 2012 “Cosmopolis” off the ground. “His reputation was bad to begin with,” Gilliam said. “He bankrupted a few companies, but Wim Wenders loved him, and Cronenberg liked him, so I said, despite all my qualms, let’s go for it.” According to Gilliam, Branco immediately went on a firing spree, and very soon it became clear that he was not raising the money, throwing tantrums on the set and alienating the cast and crew. While Gilliam was able to complete the film within a limited budget, Branco still contests that he, not Gilliam, owns the rights to the movie — a battle that led to Amazon Studios washing its hands of the movie last year, telling the director, “We won’t get involved in a situation that’s not resolved.” 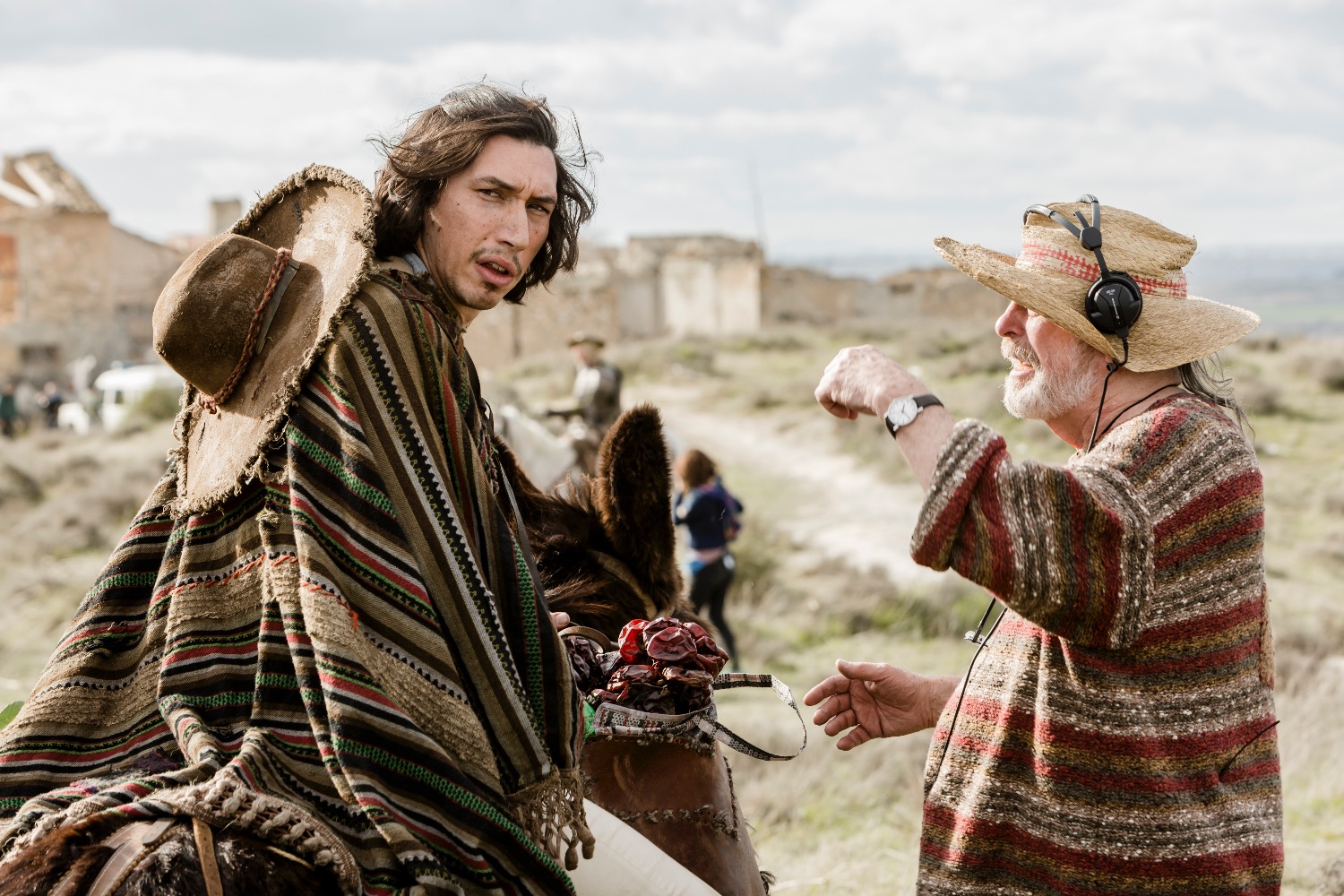 “He continues, and he keeps losing,” Gilliam said of Branco’s so-far fruitless war to wrest creative control from Gilliam on “Don Quixote.” The film boasts all of the director’s idiosyncratic fascinations — the fairy tale (“The Brothers Grimm,” “Time Bandits”), the mythic arc of the hero’s journey (“Brazil,” “Monty Python and the Holy Grail”), and parallel timelines that scramble a protagonist’s identity (“12 Monkeys”).

Adam Driver stars as Toby, a profligate advertising director who, while shooting a soulless commercial in rural Spain, stumbles across a student film he made 10 years ago in the same location. The movie-within-the-movie — which, with its Dutch angles and hysterical set pieces, plays like an amateur imitation of a Gilliam film — stars Jonathan Pryce as a cobbler whom Driver’s character originally cast as Don Quixote. Now, in the present day, Pryce’s Javier believes he actually is Don Quixote incarnate, masquerading as such in a grotesque roadside carnival act.

From “Monty Python and the Holy Grail” to “Brazil,” Gilliam has long adhered to his singular vision despite production setbacks and studio worries. “Each film I am doing is the one and only film I will do in my life,” he said. “Even with studio films, I go into it like a military strategist. Who’s going to be in the foxhole with me after we finish shooting?” He used “12 Monkeys” as an example of a film where, despite studio intervention on the dark sci-fi reimagining of Chris Marker’s avant-garde short film “La Jetée,” Gilliam relied on his cast for support to push the project through. “If Brad Pitt, Bruce Willis, and me are in the foxhole together, they can’t touch us.”

However, not all auteurs are as lucky, and for Gilliam, the towering reign of Marvel movies at the box office pose an attack on this very kind of creative freedom. “I don’t like the fact they’re dominating the place so much,” he said. “They’re taking all the money that should be available for a greater variety of films. Technically, they’re brilliant. I can’t fault them because the technical skills involved in making them are incredible.” 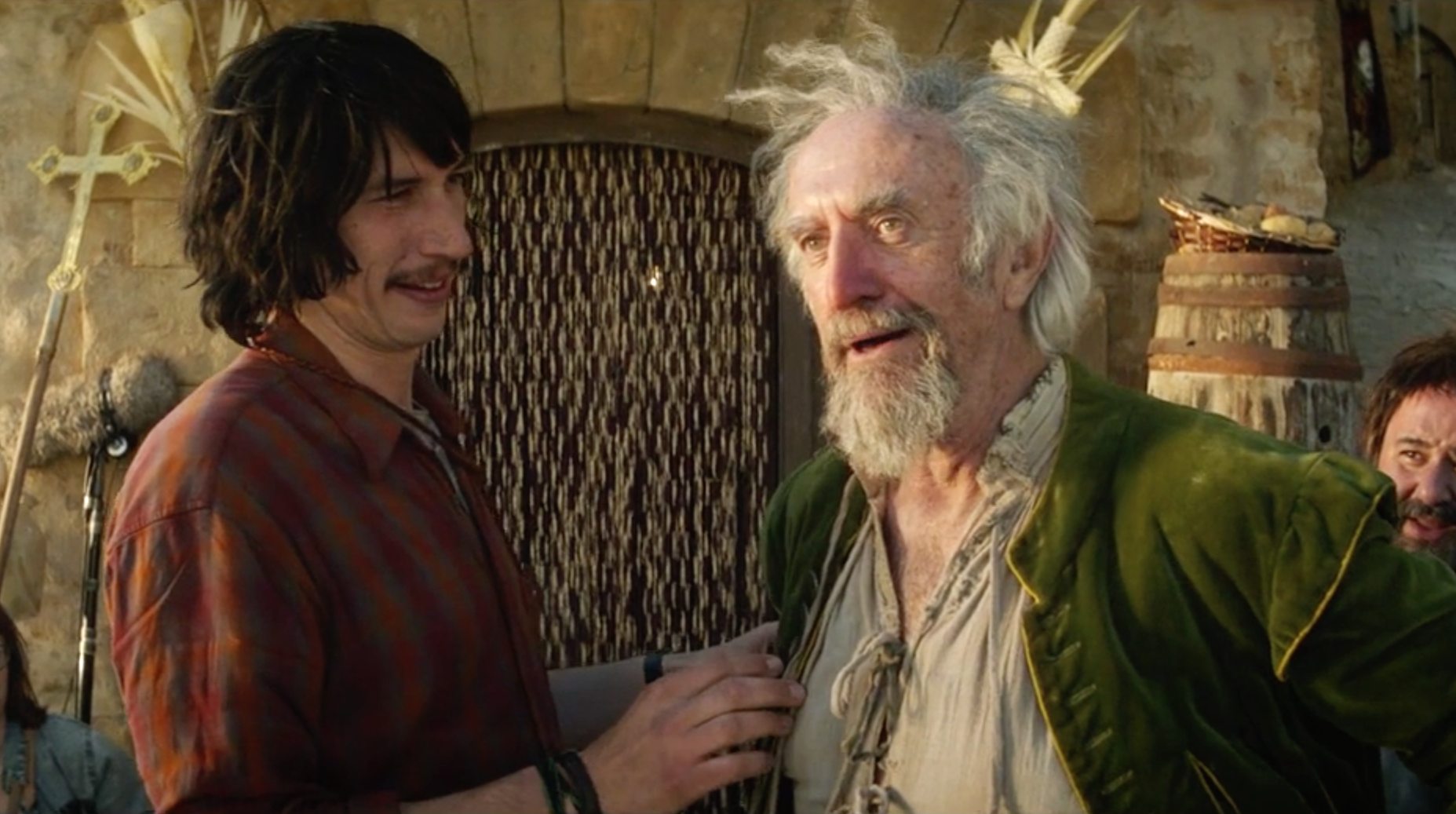 “The Man Who Killed Don Quixote”

However, he cautioned that Disney and Marvel’s seemingly infinite resources could be put to better use. “If you are that powerful, you should be dealing with reality a bit more.” He also warned of what he believes to be the central lie peddled by such films, and the cultural threat it poses. “What I don’t like is that we all have to be superheroes do anything worthwhile. That’s what makes me crazy. That’s what these movies are saying to young people. And to me it’s not confronting the reality of, you know, the quote-unquote human condition. You know what it is like to be a normal human being in difficult situations and resolving them surviving,” he said. “I can’t fault them for the sheer spectacle, except it’s repetitive. You still have to blow up another city.”

Gilliam’s stance against superhero tentpoles echoes the claims of Martin Scorsese that rocked headlines earlier this year. In a New York Times op-ed, Scorsese decried the Marvel Cinematic Universe and its superhero brethren as tantamount to the cheap thrills of a theme-park ride.

“Where’s the gravity, where’s real gravity? Because [in superhero movies,] everything is possible,” Gilliam said of the limitless worlds of the MCU. “It’s the limitations that make life interesting. Okay, so your suit burns up. So you get another suit because you’re Tony Stark. It’s not enough. They dominate so much.”

Gilliam also argued that superhero tentpoles are drying out any available resources for mid-budget films. “There isn’t room or money for a greater range of films. You make a film for over $150 million or less than $10 [million]. Where’s all this other stuff? It doesn’t exist anymore,” he said. “I make films where I’m trying to make people think. I mean, I try to entertain them enough that they don’t fall asleep on me, and they’re there to make you think and look at the world in a different way, hopefully, and consider possibilities. Those films don’t do that.” 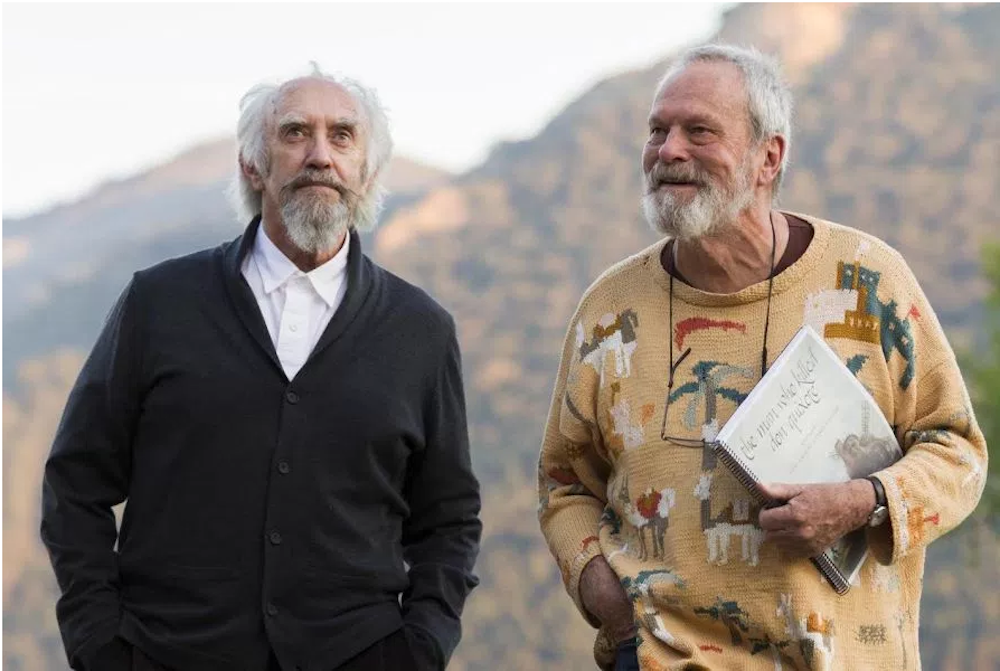 Gilliam said he’s not a fan of Ryan Coogler’s 2018 “Black Panther,” which critics heralded as a gust of fresh wind in the superhero canon, and one that welcomed diversity and inclusion to an otherwise airtight, white-dominated universe of films. Earning more than $1.3 billion worldwide, “Black Panther” penetrated the cultural consciousness in a way few superhero films ever had, but Gilliam isn’t buying it.

“I hated ‘Black Panther.’ It makes me crazy. It gives young black kids the idea that this is something to believe in. Bullshit. It’s utter bullshit. I think the people who made it have never been to Africa,” he said. “They went and got some stylist for some African pattern fabrics and things. But I just I hated that movie, partly because the media were going on about the importance of bullshit.”

When asked if he felt that critical praise for “Black Panther” was a politically correct response that ignored aesthetics in favor of identity politics, Gilliam said, “It makes my blood boil.” The conversation pivoted to controversial remarks he made back in 2018 amid the Harvey Weinstein fallout and the wave of voices that responded to form the #MeToo movement. “We’re in the era of the victim. We are all victims. It’s all somebody else, abusing us, taking advantage of us. We are powerless, except except that we go out and do other things,” he said.

Gilliam, however, stopped himself there. “I’m just very frustrated of the world we’re living in,” he said. “I do things to prod people, to make them think or make them laugh. And I always get myself in trouble.”

This Article is related to: Film and tagged Adam Driver, Marvel, Terry Gilliam, The Man Who Killed Don Quixote