Fox's three-night Christmas series is a darker, longer Hallmark movie, but just as ludicrous and not as fun. 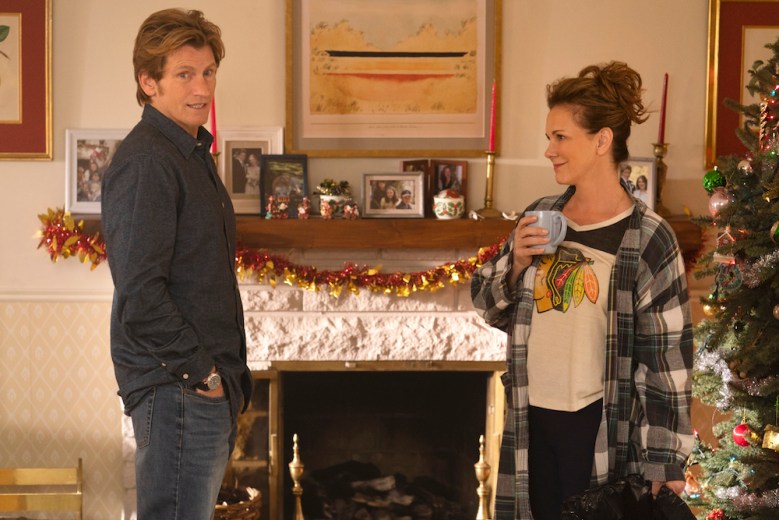 Denis Leary and Elizabeth Perkins in “The Moodys”

There’s a scene in the first hour of “The Moodys” Christmas special where Denis Leary’s Sean Moody Sr. sits his three grown children down for a scolding. They’re trying to skip out on family time for a friend’s holiday party, and papa bear Sean isn’t having it. He wants them to trim the tree and sip eggnog, all to make their mother happy, even though he has no idea why this night is so important to her.

“You’re gonna do it all while acting really, really, really festive!” Sean spits at his kids, pointing his finger emphatically at each one. Sean Jr. (Jay Baruchel) starts to protest, arguing that the term “festive” is relative — relative to the person asked or relative to the act itself I’m not sure, because Sean Sr. cuts him off with a one-word command: “Festive!”

That’s “The Moodys” in a nutshell: forced holiday festivities. For anyone who asked for a new Christmas special this year, it’ll get the job done, but there’s no genuine joy tucked under this tree. Fox’s comedy — from writers and executive producers Bob Fisher, Rob Greenberg, and Tad Quill — builds quick and easy family archetypes to create patchwork holiday moments, much like the flood of holiday movies hitting Hallmark and Netflix right now. Because “The Moodys” is a Fox show, it’s tinged with darkness — morbid humor, light swearing, and even Leary himself fit the “bad boy of Christmas movies” mold, but mileage will vary based on your willingness to set aside expectations, suspend disbelief, and do what your TV dad commands: “Don’t ask questions — just be festive, dammit!”

The first of six episodes, told in three, two-hour chunks, opens with Dan (Francois Arnaud) returning from New York to his Chicago home, sans girlfriend. Ali dumped him the day before, and he doesn’t want to break the news to his parents for fear they’ll blame him for screwing up another good relationship. Little does Dan know, his parents have their hands full. Not only is Ann (Elizabeth Perkins) waiting for a chaotic bathroom remodel to be finished, but she’s reeling from her husband’s cancer diagnosis. Sean Sr. doesn’t want to tell anyone — partially because it’s Christmas, partially because his cancer isn’t life-threatening — and even Sean Jr., who still lives at home, doesn’t know about his dad’s ailment (perhaps because he sleeps through most of the day). Continuing the secretive trend, the overachieving sister Bridget (Chelsea Frei) is having sudden marriage troubles, and Dan quickly develops an inappropriate crush on his cousin’s new girlfriend, Cora (Maria Gabriela De Faria). 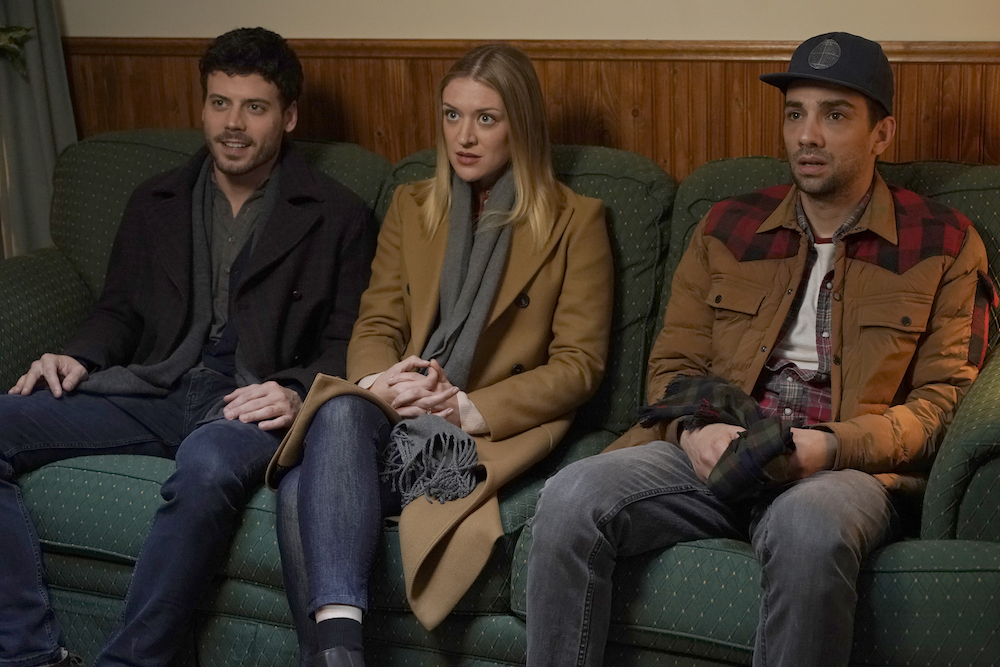 Francois Arnaud, Chelsea Frei, and Jay Baruchel in “The Moodys”

That’s more than enough drama to fill just over two hours of television, and, to its credit, “The Moodys” doesn’t waste a lot of time holding back conflict. Because each character fits so neatly into their archetype — Dan is the free spirited romantic who can’t settle down, Sean Jr. is the lost slacker without any purpose, and Bridget is the perfect daughter who finally cracked — they’re able to coast on quips alone, either cracking a joke or stirring up trouble for our entertainment. Baruchel has fun being the reckless goofball, while Leary and Perkins elicit more empathy than the quirky, if clichéd, couple deserves.

The upside is “The Moodys” moves fast and goes down easy; the downside is there’s no reason to get invested in the family. Their stories don’t really make sense; even though each arc’s ending is predictable (except maybe Bridget’s, who isn’t given time to close out her odd little adventure), how they get there only makes sense if you go along with some big leaps in logic. Worst of all, Arnaud is saddled with a selfish lead character, unaware of just how self-involved he gets. Dan is almost impossible to root for, and focusing on his very privileged plight strains even the most devout Christmas spirit.

If successful, “The Moodys” keeps enough doors open to allow for a sequel season next year or a spinoff centered on another holiday. (“The Moodys Fourth of July” practically writes itself, what with Sean Jr.’s obsession with fireworks.) Those potential continuations would probably be fine, too, but there’s really no reason to watch the original unless your holiday spirit (or dear ol’ dad) compels you.

“The Moodys” premieres its first two episodes Wednesday, December 4 at 9 p.m. ET. The final four episodes will air on consecutive nights on December 9 and 10.

This Article is related to: Television and tagged Denis Leary, Fox, The Moodys, TV Reviews