The young actor will happily play an inanimate object should Gerwig need him to in a future movie. 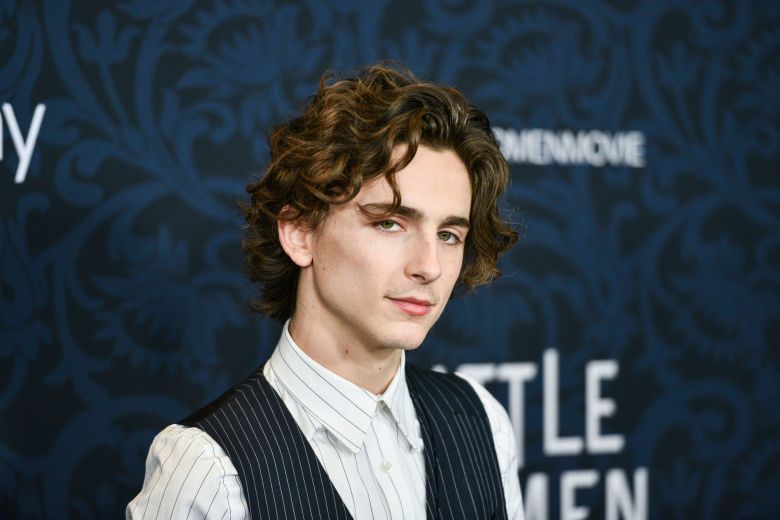 Timothée Chalamet took a subtle hit at Scarlett Johansson during his December 9 appearance on “The Tonight Show Starring Jimmy Fallon.” The 23-year-old actor was singing the praises of his “Lady Bird” and “Little Women” writer-director Greta Gerwig when he said he would do anything to star in her future projects. “Greta, if you’re watching this…you want me to play a chair or a tree [I will],” Chalamet said. “Like Scarlett Johansson, I’ll play a tree!”

Chalamet was referencing Johansson’s viral interview with “As If” magazine published in July. The actress was responding to her history of casting controversies (“Ghost in the Shell” whitewashing, exiting “Rub & Tug” after uproar over her playing a transgender man) when she said, “You know, as an actor I should be allowed to play any person, or any tree, or any animal because that is my job and the requirements of my job.”

Johansson latter clarified her thoughts by telling Entertainment Weekly, “I personally feel that, in an ideal world, any actor should be able to play anybody and Art, in all forms, should be immune to political correctness.”

Social media users widely mocked Johansson’s tree quote using viral memes, and Chalamet must have seen a couple considering his Johansson reference while on “The Tonight Show.” Johansson has since admitted she mishandled the backlash to her “Rub & Tug” casting controversy. Prior to the Johansson comment, Chalamet stressed the importance of Gerwig’s “Little Women” and urged viewers to seek the film out in theaters.

“This movie is really extraordinary and needs to be seen,” Chalamet said of his new film. “I was saying it to my sister yesterday, I was like, ‘If I have daughters one day I want them to see it.’ And she was like, ‘If you have sons!’ And it’s true: Boys, guys, everyone should see this movie because it gets at the pursuit of artistry, what it is to be human, what it is to be a girl and a woman in the 1800s and the prejudices that are held up today. It’s special.”

This Article is related to: Film and tagged Scarlett Johansson, Timotheé Chalamet