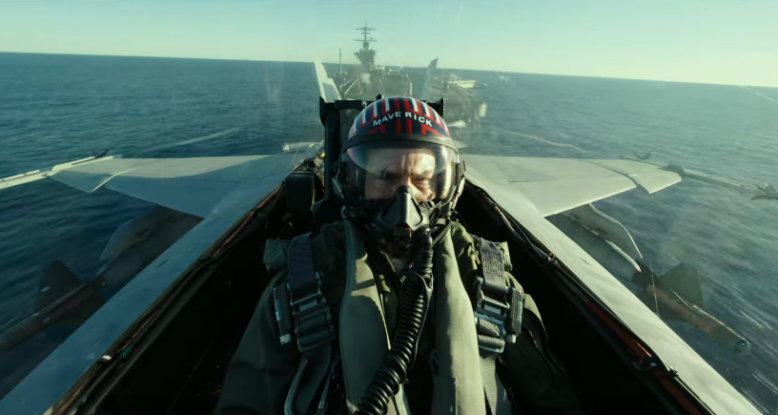 The latest trailer for “Top Gun: Maverick,” the sequel to the 1986 original, has dropped, and it’s packed with all the nostalgia you’d come to expect from this reprise of the naval thriller starring Tom Cruise. Directed by Joseph Kosinski (“Only the Brave”), the new film stars Cruise as all-grown-up LT Pete “Maverick” Mitchell, along with Miles Teller, Jennifer Connelly, Jon Hamm, Glen Powell, Lewis Pullman, and Ed Harris, as well as Val Kilmer returning to his role of LT Tom “Iceman” Kazansky. Paramount Pictures will open the tentpole on June 26, 2020.

Once again, the film finds Tom Cruise in “Mission: Impossible” mode, helming all of his own jaw-dropping stunts. “For 34 years you guys have been very patient with me, and I felt it was my responsibility for me to deliver for you,” Cruise told audiences at Comic-Con over the summer when the first trailer bowed. “Everything you see in this film is very real.”

The new movie is set in the complex world of drone warfare and explores the end of the dogfighting era that served as the centerpiece of the original film. Original producer Jerry Bruckheimer is back on board for the sequel, joining Cruise and Skydance CEO David Ellison. Ideas for the sequel have been bandied about since 2010 between Bruckheimer and the original film’s director, Tony Scott, who died in 2012.

In the sequel, we find Pete as he mentors a new generation of U.S. Navy fighter pilots, and must confront his legacy as a leader of the old guard of pilots. Lest we forget, Pete is a badass flyer with an impressive record of achievements, including combat medals and citations, as well as the title of being the “only man to shoot down three enemy planes in the last 40 years.” A new generation of aviators could learn a thing or two!

Cruise took to Instagram on Sunday to share the evocative new poster, which finds his character looking toward the skies — and his future. See the one-sheet, along with the new trailer, below.