The deal was announced the same day "Uncut Gems" started to stream on Netflix (everywhere but the US). 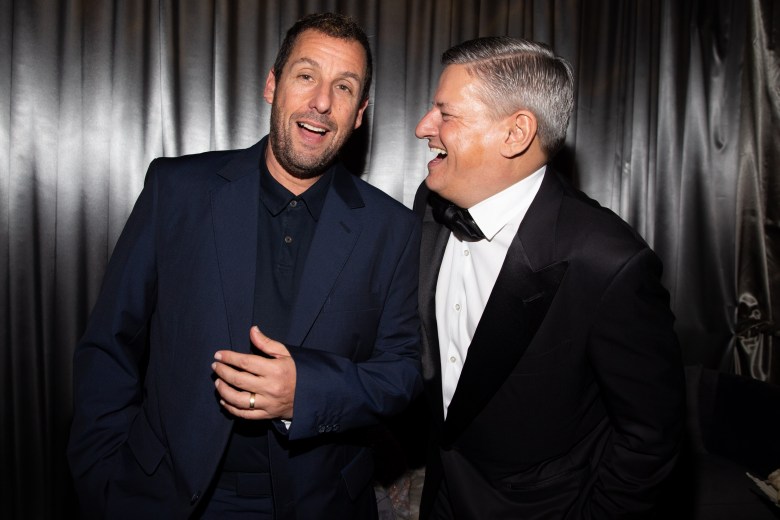 Since he first signed a deal with Netflix in 2014, Adam Sandler and his Happy Madison Productions have made six films for the streamer. Now, more are on the way: Netflix announced Friday that it has extended its deal with Sandler to include four additional movies.

Sandler is also working on an animated feature for Netflix that he will write, produce, and star in.

Sandler christened his relationship with the streamer in 2015 with the western comedy “The Ridiculous 6,” followed by “The Do-Over,” “Sandy Wexler,” “The Week Of,” and “Murder Mystery,” which Netflix says was its most popular title on the service in the US last year. Within the first four weeks of its release, 83 million households watched at least some of the comedy co-starring Jennifer Aniston.

Sandler also created a stand-up special, “100% Fresh,” while Happy Madison produced the David Spade-starrer “Father of the Year” for the service. Spade is also starring in Happy Madison’s upcoming comedy “The Wrong Missy.”

“Whether you know him as Sandman, the Water Boy, Billy Madison, Happy Gilmore, Nick Spitz or simply Adam, one thing is clear: our members can’t get enough of him,” said Ted Sarandos, Netflix chief content officer. “They love his stories and his humor, as we saw with ‘Murder Mystery.’ So I could not be more excited to extend our partnership with Adam and the Happy Madison team and deliver more laughs around the world.”

The Sandler-Netflix deal has been lucrative for both parties, evidenced by the viewership numbers Netflix has shared despite the fact the movies were critically panned. The original four-picture deal was worth $250 million. Netflix did not disclose the terms of this new pact.

While Sandler’s Netflix movies pay the bills and keep audiences happy, he received critical acclaim for his performance in Josh and Benny Safdie’s “Uncut Gems.” That film was released by A24 in the US, but Netflix has international rights: The movie had its streaming debut Friday in every country but the US.

This Article is related to: Film and tagged Adam Sandler, Netflix