Sandler won Best Actor honors from the National Board of Review, but he was always considered a long shot for the Oscars. 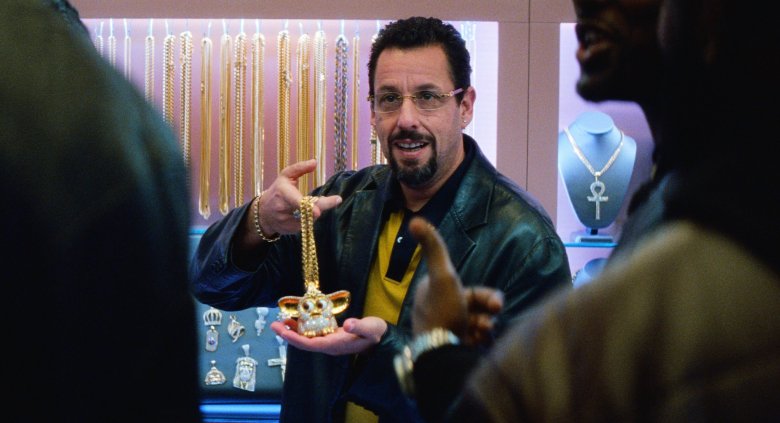 Adam Sandler weighed in on being shut out of the Oscar race for Best Actor in the most Adam Sandler way, writing on social media: “Bad news: Sandman gets no love from the Academy. Good news: Sandman can stop wearing suits. Congrats to all my friends who got nominated, especially Mama.” The actor’s last line is in reference to Kathy Bates, who is nominated for Best Supporting Actress thanks to her “Richard Jewell” performance and who starred as Sandler’s mother in his 1998 comedy “The Waterboy.”

For many, Sandler’s lack of recognition in the Best Actor race for his performance in Josh and Benny Safdie’s “Uncut Gems” is one of the biggest snubs of the 2020 Academy Awards nominations. Sandler was always considered a dark horse to land a nomination (it would have been a career first, although he should’ve also been a contender for Paul Thomas Anderson’s “Punch-Drunk Love”), but he had serious momentum after winning Best Actor honors from the National Board of Review. Sandler hit the awards circuit hard, but his campaigning wasn’t enough to land him an Oscar nomination.

“Uncut Gems” stars Sandler as Howard Ratner, a New York City jeweler whose gambling addiction sends his professional and personal life into free fall. While the Safdie brothers received Best Director honors from the New York Film Critics Circle and Best Screenplay honors from the National Board of Review, Sandler was widely viewed as the best shot at an Oscar nomination for “Uncut Gems.” The film has been an indie blockbuster at the box office, recently surpassing $43 million to become 2019’s top platform release.

Sandler’s Kathy Bates shout out on social media followed their moment at the National Board of Review Awards, where Bates was honored with the Best Supporting Actress prize. When Bates accepted her award, she shouted out to her “Waterboy” co-star. Sandler pumped his fists from the audience and later ended his speech by shouting “I love you, Mama!” back at Bates.

Bad news: Sandman gets no love from the Academy.
Good news: Sandman can stop wearing suits.
Congrats to all my friends who got nominated, especially Mama. pic.twitter.com/o1Ep3E7GRB

This Article is related to: Awards and tagged Adam Sandler, Oscars, Uncut Gems