"Succession" and "Fleabag" were big winners, while "The Morning Show" was left in the dark. 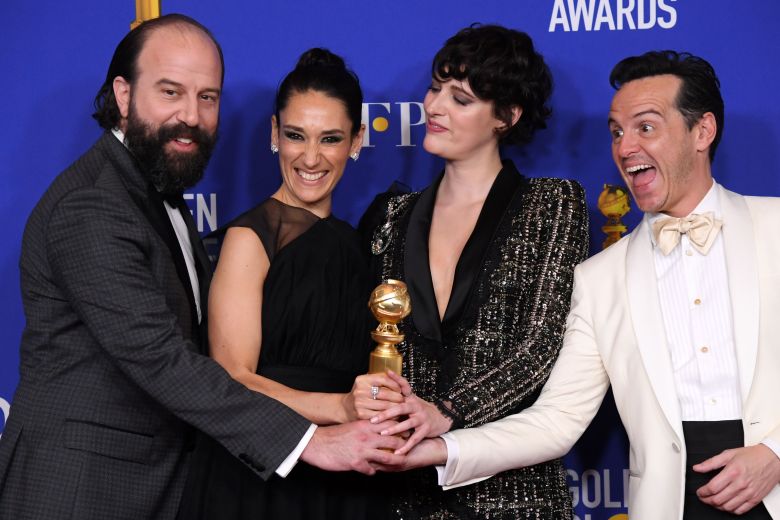 It was a predictably unpredictable night at the Golden Globes ceremony in Beverly Hills, as the Hollywood Foreign Press Association (HFPA) celebrated a combination of veterans and newcomers as it laid the groundwork for the television awards season to come.

In the comedy categories, Amazon’s “Fleabag” continued its farewell tour with a successful stop at the Golden Globes. The series nabbed the prize for musical or comedy series, as well as the trophy for lead actress for creator and star Phoebe Waller-Bridge. The accolades come just months after the show took the Emmy Awards by storm, scoring five wins for its universally-celebrated second season.

While “Fleabag” and Waller-Bridge deserve every award in play, its success at the Golden Globes leaves a big question mark hanging over the 2020 Emmy season. While HBO’s “Barry” and Amazon’s “The Marvelous Mrs. Maisel” will return to their surefire spots in the series category, it’s less clear how the looming final seasons of other former nominees will fare. Long-running HBO comedy “Curb Your Enthusiasm” returns in January for Season 10 and looks primed to return to competition given it was nominated for outstanding comedy series at the Emmys eight out of nine previous seasons.

On the more serious side of things, HBO’s “Succession” made a necessary power move at the Golden Globes, winning two awards and proving itself a worthy, uh, successor to “Game of Thrones” with regards to the cable network’s prestige drama game.

Veteran actor Brian Cox won actor in a drama series for his portrayal of patriarch Logan Roy, who credits Armstrong with his success in the role. “A role like Logan Roy only comes along once in a generation, once in a lifetime,” Cox told journalists backstage. “It’s down to Jesse [Armstrong]. He called me. He didn’t have to. And I’m eternally grateful to him.”

“Succession” also took home the trophy for drama series, a far more significant win than one might expect. For as successful as “Game of Thrones” was at awards shows in general, it never took home a win for series at the Golden Globes, despite five nominations in the category. In fact, the last HBO show to win drama series from the HFPA was “Boardwalk Empire,” at the ceremony held in 2011. 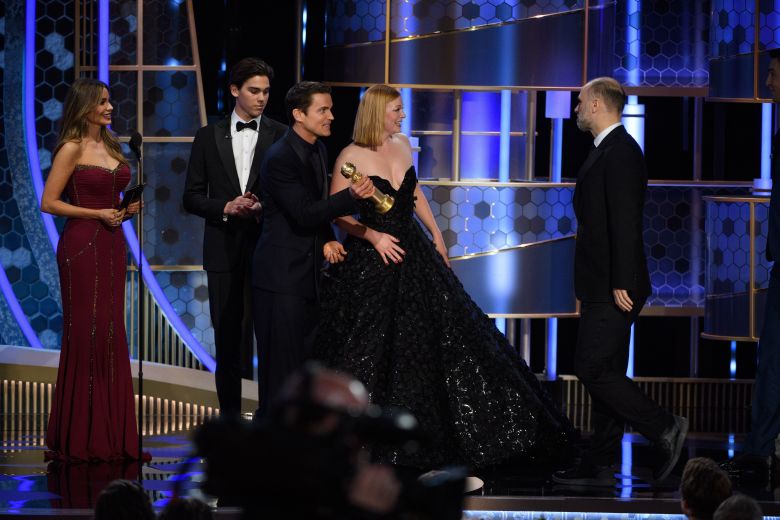 The win could prove to be important for “Succession,” which has yet to really breakthrough at the Emmy Awards. But Season 2 of “Succession” was so praised — rivaled only by “Fleabag” and networkmate “Watchmen” — it’s primed to take the next step. There was a glimmer of hope in September when Armstrong won drama series writing for the show’s first season finale at the Emmys, but now a win at the Globes means that the show is primed to compete in more categories on the big stage.

HBO also found big success in limited series, where “Chernobyl” edged out newcomers including Netflix’s “Unbelievable” and Showtime’s “The Loudest Voice” to take home two awards — one for limited series and another for supporting actor Stellan Skarsgard.

It was another big night for established streamers; while HBO won four awards, Amazon Prime Video won two, as did Hulu. Netflix also took home two awards, one for film and one for television.

Notably absent from the winners list was Apple TV+ and “The Morning Show,” a series that seemed tailor-made for the HFPA from the jump. Nominated for three awards, but only eligible to win a maximum of two, thanks to a double nomination in lead drama actress for Jennifer Aniston and Reese Witherspoon. But everyone from the fledgling streaming service went home empty-handed, a dispiriting debut for an outlet that launched with high hopes and a cavalcade of Hollywood’s biggest names both in front of and behind the camera.

While the Golden Globe results are surely disappointing for Apple TV+, they shouldn’t be wholly dispiriting. They need look only as far as Netflix to see how difficult it is for a new player to break into a system built to recognize veterans. Despite being an established entity in TV, Netflix still struggles for legitimacy in film. Though the streamer earned 17 nominations on the motion picture side, including nominations for four different movies in drama and comedy film, at the end of the night only Laura Dern won for her performance in “Marriage Story.”

Which is to say that even in an organization infamous for jumping on the newest, shiniest thing, Hollywood doesn’t change overnight. In a few years, if Apple TV+ still hasn’t made a mark on the industry, then it’s time to worry.

This Article is related to: Awards and tagged Fleabag, Golden Globes, Succession, The Morning Show