Lacking narrative consistency and the storytelling savvy to deliver chaotic laughs, Awkwafina's TV debut is a bit of a mess. 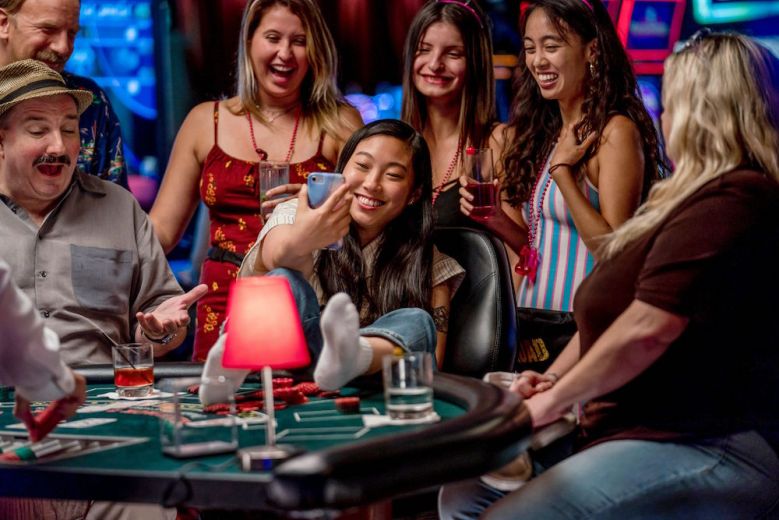 Awkwafina in “Awkwafina Is Nora From Queens”

One year since the final season of “Broad City” debuted, Comedy Central is releasing its heir apparent. “Awkwafina Is Nora From Queens” makes a few tweaks to the formula, including a singular borough (rather than Queens and Brooklyn), a singular lead (Awkwafina steps in for the double act of Ilana Glazer and Abbi Jacobson), and a familial backdrop over a singular friendship. But the new comedy is still about a wonderfully weird young woman sifting through her stagnant twenties, trying to find a direction for her life as she snags odd jobs, gets high, and lives as large as possible on a tight budget.

Setting aside the comparison, which does “Nora From Queens” zero favors, there are still nagging problems that hinder even Awkwafina’s awkward charms. Nora’s arcs are thin and change sporadically, while the bloated editing can’t capture the zany comedic energy it’s chasing. Fans of Awkwafina will enjoy a handful of quality quips, and there are enough goofy montages to convey some of her joyful creativity, but even as a pure hit of this winning comedian’s personality, “Awkwafina Is Nora From Queens” burns out fast.

To its credit, the pilot perfectly encapsulates the season-to-come: Nora is played by Awkwafina and she is living in Queens, along with her widowed father, Wally (BD Wong), and her foul-mouthed grandma (Lori Tan Chinn). After being scolded for her hoarder-esque messy room and mocked by a neighboring teenager for still living with her family, Nora moves out. The 29-year-old is going to get a job, an apartment, and start living the life she wanted 10 years earlier. She’s going to get it together, gosh darn it!

Except…she’s not. Turns out the pilot isn’t about Nora being thrust into adulthood — that’s going to take the entire show. Through a series of escalating, if predictable, mishaps, Nora ends up back at home by the end of the first episode. She makes the smallest of efforts to illustrate her growth, though, which tells the audience a few things: 1. Grandma and Dad are sticking around, so this is an ensemble comedy. 2. It’s going to take a long, long time for Nora to make major changes — probably longer than the five seasons “Broad City” took to fly through their 20s. 3. Those changes don’t really matter. “Nora From Queens” is a fun, only slightly serialized sitcom, focusing on its quirky characters and their zany adventures. 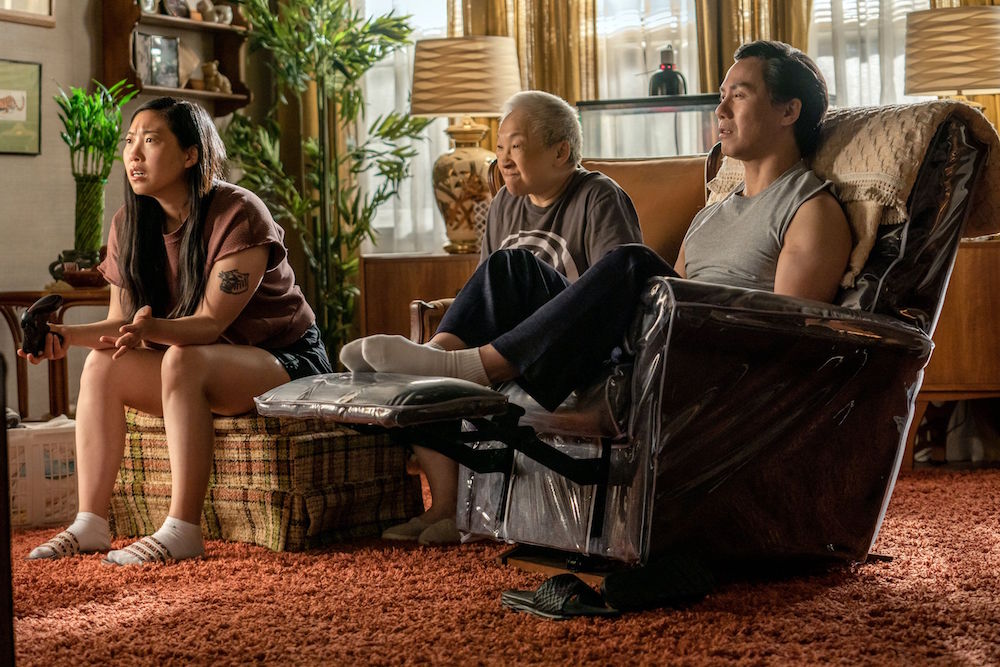 Awkwafina, Lori Tan Chinn, and BD Wong in “Awkwafina Is Nora From Queens”

OK. That’s familiar but fine, and plenty of sitcoms have found incredible success built on charismatic performers and imaginative storytelling, including “Broad City” (though their consistent feminist and political commentary looks to be more than “Nora” is interested in). What goes wrong early on with this one — and it should be emphasized that five episodes into a sitcom isn’t very long at all — is the near-constant disruption of those two fundamental principles. What’s to like about the performances can get lost among ill-defined characters, and storytelling hits dead end after dead end.

Chinn’s grandma is often asked to be loud and crass; the joke is that an old lady is making blunt sex euphemisms or threatening to beat someone up when, of course, old ladies are supposed to be sweet and respectable. That this comedic juxtaposition has been done before is less of a problem than a lack of actual jokes written for Chinn — she’s doing all the work on her own, and she has to go big in the hopes of finding anything funny at all. Wong’s dad, meanwhile, gets to be the straight man with a heart of gold. He works hard and often, taking I.T. calls in his home office to pay the bills for his mom and daughter. Wong also gets a B-plot to explore his character’s loneliness, building empathy and interiority through going to a single parents’ support group.

Still, Awkwafina and fellow executive producers Karey Dornetto, Teresa Hsiao, and “Broad City’s” Lucia Aniello need more time to establish an intimacy within their ensemble. Their rapport just isn’t there yet, and it doesn’t help that Bowen Yang, playing Nora’s cousin, only shows up full-time in the fifth episode — is he part of the family or just popping in? More of an issue than cast chemistry is the show’s structure and execution. There are clumsy pauses during routine back-and-forth conversations, where we cut back to Awkwafina before she forms a response and the few seconds of filler kill the scene’s flow. These random, mistimed edits happen often enough to affect the episode’s momentum, and while the wacky, energetic interstitials help bring the audience back toward the intended tone, that’s not enough when the narrative itself can’t keep pace.

“Awkwakfina Is Nora From Queens” needs to find its own identity — and fast. While plenty of fans are desperate to fill the “Broad City”-sized hole in their hearts (and queues), its time as a web series provided enough opportunities to iron out the problems seen in “Nora.” Jacobson and Glazer had something to say, and the audience could feel their passion in every joke, inflection, montage, music choice and yes, every cut. It was as precise as “Awkwafina Is Nora From Queens” is awkward, from the title to the closing credits.

This Article is related to: Television and tagged Awkwafina, Awkwafina is Nora From Queens, Comedy Central, TV Reviews