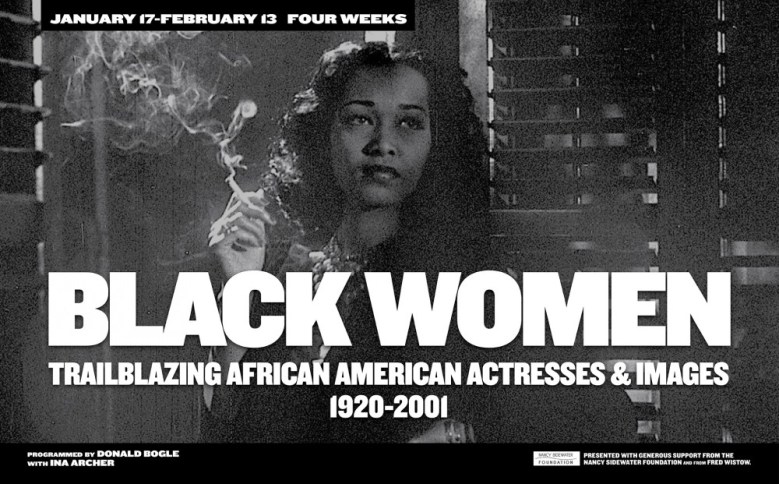 Scheduled to run from January 17 to February 13, the series is curated by film historian and professor Donald Bogle, author of six books concerning blacks in film and television, including the groundbreaking “Toms, Coons, Mulattoes, Mammies, and Bucks: An Interpretive History of Blacks in American Films” (1973).

“Last year, Bruce Goldstein, the repertory programmer at Film Forum, asked me if there was something I was interested in doing, and this was a topic that I had been thinking about, because I recently updated my book on the subject, ‘Brown Sugar,’ which dealt with African American women in entertainment from the early years of the late 19th century to the present,” said Bogle. “That’s really the way it came about, and it just developed from there.”

The festival, for which filmmaker and visual artist Ina Archer served as consultant, includes Oscar-nominated and Oscar-winning performances by black women, beginning with Hattie McDaniel, who in 1939 became both the first Oscar-nominated and Oscar-winning African American actress, for her supporting role in “Gone with the Wind,” and Dorothy Dandridge, who in 1954 was the first African American actress ever nominated for the Best Actress Oscar for her performance in Otto Preminger’s “Carmen Jones.” 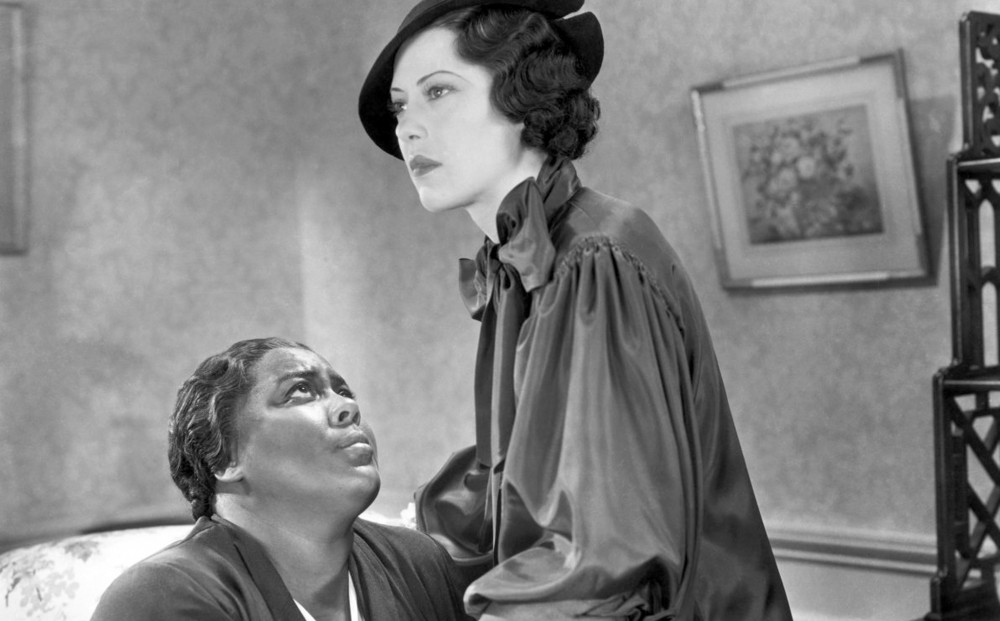 “There’s so much that’s happened in the 19 years since 2001, and initially we were going to end it at 2000, but I thought since Halle Berry winning her Oscar was such a seminal moment in film history, I decided to move it up a year,” Bogle said. He’s considering a sequel to the series that begins in 2002 and ends in the present.

In selecting which films to include, Bogle wanted to represent every decade within the 81-year period. Featured are silent-screen African American actresses like Evelyn Preer in “Within Our Gates” and Iris Hall in “The Symbol of the Unconquered,” both directed by the pioneering Oscar Micheaux; following through to Nina Mae McKinney in King Vidor’s 1929 talkie “Hallelujah;” and moving forward with Louise Beavers and Fredi Washington in the original 1934 “Imitation of Life;” Josephine Baker in the French films “Zou Zou” (1934) and “Princess Tam Tam (1935);” to performances by notable stars from the 1940s and on, like Lena Horne, Ruby Dee, Eartha Kitt, Abbey Lincoln, Gloria Foster, Pam Grier, Alfre Woodard, Lynn Whitfield, and more. 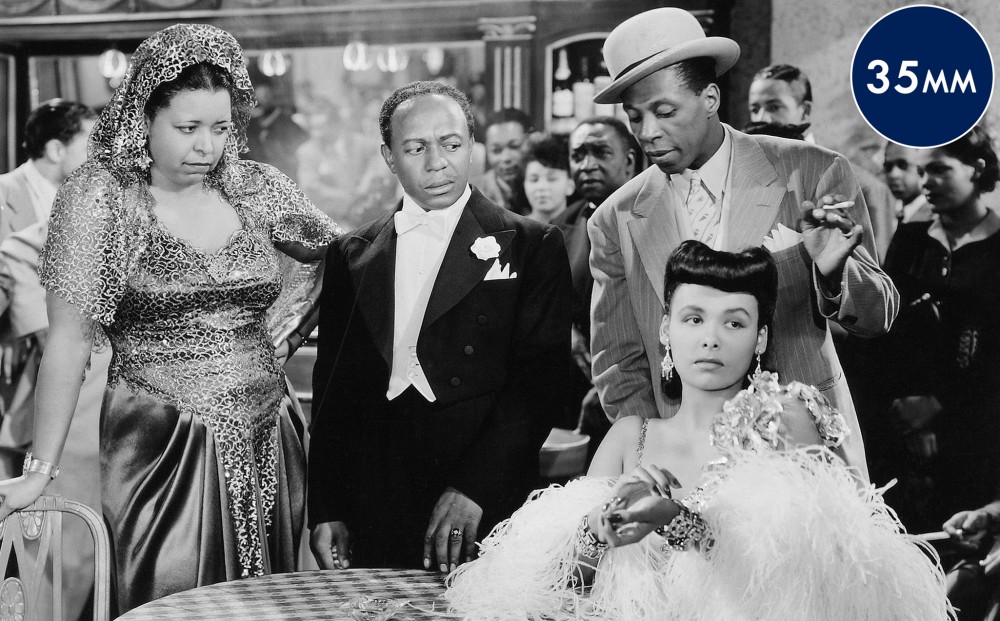 “Cabin in the Sky”

He also spotlights films that had a great cultural impact when originally released, like “Sounder” with Cicely Tyson, “Lady Sings the Blues” with Diana Ross, and “Claudine” with Diahann Carroll – each earning Oscar nominations for their stars.

“The focus on black women directors was to show the shift that happens when black women tell the story, which was, and still is very rare, especially in Hollywood,” Bogle said. “So highlighting the work of was important.”

Bogle would like the series to travel beyond New York, but there are no current plans to do so.

Given his encyclopedic knowledge of the history of African Americans on screen, what does Bogle make of the current black film and television “renaissance”? 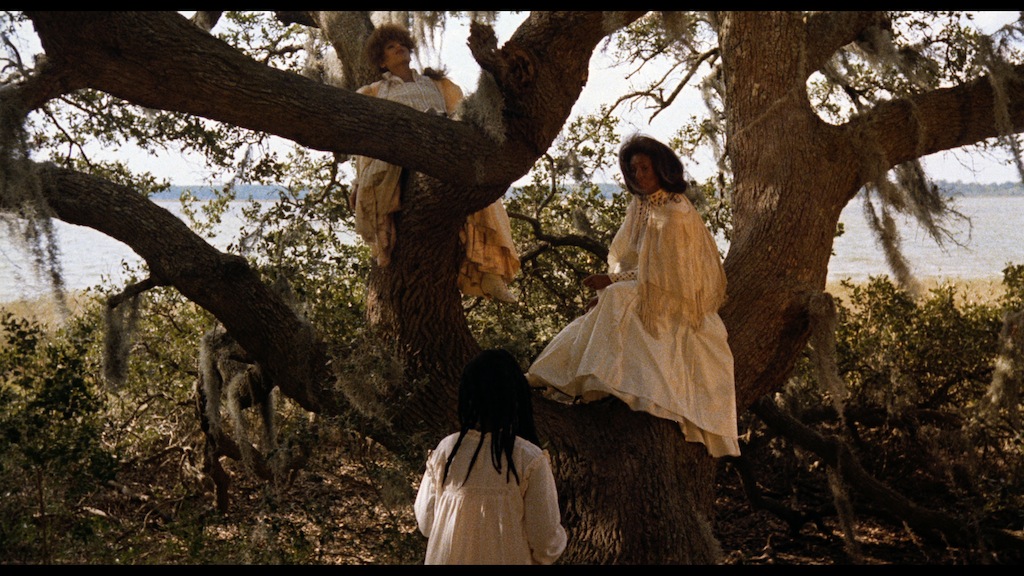 “Daughters of the Dust”

“I’m excited, but I’m also a bit of a skeptic, because, looking back to the early ’70s, ’90s and 2000s, I’ve seen this kind of excitement before, when it seemed like things were really changing, but never really did,” he said. “For example, in 1972, almost 50 years ago, people forget, or just don’t know that you had Diana Ross, Cicely Tyson, Paul Winfield, Lonne Elder III, and Suzanne de Passe, all receiving Oscar nominations in various categories. There was so much excitement over all those black nominees, but it didn’t really spark anything.”

Bogle does applaud the rise of filmmakers like Jordan Peele and Ava DuVernay, actresses like Viola Davis and Regina King, praising their talents as well as their business savvy.

He is concerned about what the “Disneyfication” of Hollywood might mean for black talent. But the opportunities that streaming platforms like Netflix provide black creatives also provides some optimism for the future.

“I’m hoping that this is not just a trend, and that it’s a part of something new that’s still becoming,” Bogle said. “We just have to stay on point if we are to sustain this momentum. Ultimately, it’s still a white male-dominated system, no matter what inroads we’ve made. And there have been significant ones. But when it comes down to it, they’re still in control.”