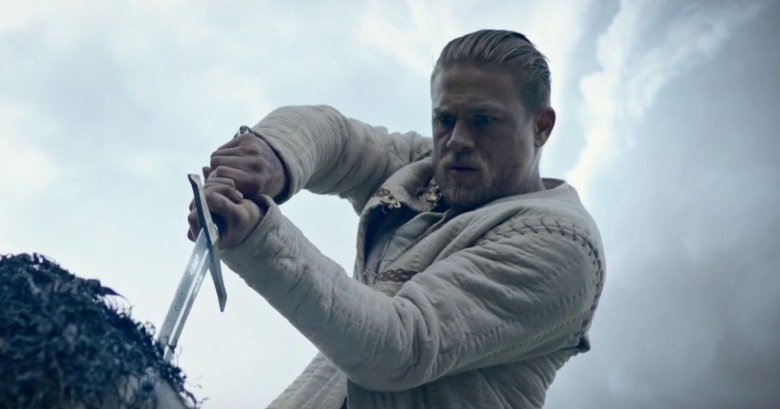 “King Arthur: Legend of the Sword”

Charlie Hunnam wants another shot at King Arthur. In a recent interview with SiriusXM to promote Guy Ritchie’s upcoming action movie “The Gentlemen,” Hunnam reminisced about the box office catastrophe that was his last Ritchie outing, 2017’s “King Arthur: Legend of the Sword.” Ritchie’s fantasy epic was one of the biggest box office bombs of 2017. The $175 million Warner Bros. tentpole opened in May to just $14.7 million during its debut weekend. “King Arthur” tapped out with $39 million in the U.S. and $146 million worldwide, losing Warner Bros. as much as $153 million.

Hunnam was being interviewed on SiriusXM by Andy Cohen when he revealed that he’s keen on a “King Arthur” redo. The actor said that Ritchie’s 2017 “King Arthur” was just the first movie being planned in a franchise, one that got killed by the box office performance.

“I’d like to go back to ‘King Arthur’ because there’s a lot of things went wrong during that and a lot of things that were out of our control,” Hunnam said. “I just don’t think we ended up matching the aspiration — we just didn’t quite make the movie we wanted. The idea was that if it was a success, we would’ve made several of those films, and I’m really captivated by the Arthurian legends and I just feel like we really missed an opportunity to tell a long-form story.”

Hunnam even went as far as identifying the cause of the “King Arthur” disaster: “There was a piece of miscasting that ended up crippling the central story line that’s actually not in the film anymore.”

Ritchie revealed to Entertainment Weekly several months before the film’s theatrical release that his original “King Arthur” cut was over three hours. Warner Bros. released “King Arthur” in theaters  at just over two hours, so clearly a ton of material was left on the cutting room floor. Hunnam’s latest interview suggests one storyline had to be cut entirely because of poor casting and that elimination threw the rest of the film off balance.

Hunnam and Ritchie are back together for “The Gentlemen,” co-starring Matthew McConaughey and Hugh Grant. The movie is Ritchie’s return to R-rated action after directing last year’s Disney family tentpole “Aladdin,” which grossed over $1 billion worldwide. “The Gentlemen” is being released nationwide January 24 from STX.