The CCA TV winners are so good! It's a shame they don't matter. 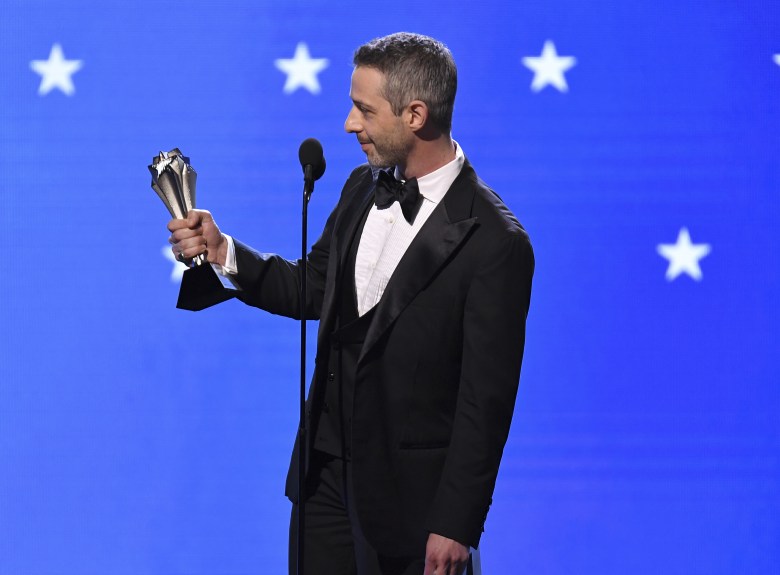 There is an argument to be made that in a sea of underwhelming awards organizations, the 400-some film and TV critics that amass the Critics’ Choice Awards are the worst of them all. So much so that in December, several Hollywood insiders spoke to the Washington Post about the organization, alleging that Netflix – the streaming giant that garnered 61 CCA nominations this year – had been plying members with trips including “stays at high-end hotels and private encounters with filmmakers and stars.” Even in a business that has built its brand out of luxury swag bags, these trips containing no perceivable news value were viewed as a bridge too far.

It’s difficult to be branded as more suspect than the Hollywood Foreign Press Association, but here we are.

And yet, the TV winners from Sunday night’s ceremony are so good it makes a person wish that accolades from the group mattered at all.

The winners read like an awards wishlist from the most rabid of TV obsessives, honoring all of those shows that critics have been yammering on about for the last year, choices that too often still go unrecognized by other, more prestigious awards bodies. And also Apple’s “The Morning Show,” where the CCA ruled that only Billy Crudup was good.

Part of having a great batch of winners, however, comes from the breadth and depth of the CCA nominations. Having seven or eight nominations in each category means that there’s plenty of room to include both niche shows, mainstream hits, and deserving series’ that have just never managed to make the leap at the Golden Globes or Emmys.

This year’s crop of nominees was both effortlessly diverse and inherently interesting. The CCA is one of the few groups that knows that CBS All Access exists and recognizes hidden gem “The Good Fight” to the extent that it deserves. They also embraced OWN’s “David Makes Man,” Hulu’s “PEN15,” plus inspired acting nominations including Rita Moreno, Molly Shannon, Nico Santos, and Bashir Salahuddin.

There’s a kind of pure exhilaration in seeing Jeremy Strong’s transcendent lead performance on HBO’s “Succession” recognized as the best of what TV has to offer. The same goes for the first jaw-dropping season of HBO’s “Watchmen,” which was edged out by “Succession” for drama series, but more than made up for it with deserving wins for Regina King and Jean Smart in lead actress and supporting actress respectively.

It would be to everyone’s benefit for the CCA to matter. Having a single, unified voice to represent something approximating critical consensus to participate within the larger TV awards conversation would be invaluable.

But for that to happen, the organization bestowing the honors has to be, if not unimpeachable, then at least not subject to backroom whispers about who is or is not staying at the Four Seasons on a major media corporation’s dime.

So clean it up, CCA. Endeavor to do better and build something that allows the rest of us to boost your brilliant winners with full-throated support.

This Article is related to: Awards and tagged Critics' Choice Awards, Succession, Watchmen