The new USA series uses the foundation of Megan Abbott's novel to show a cheer squad and a town shaken to its core by an unexpected danger. 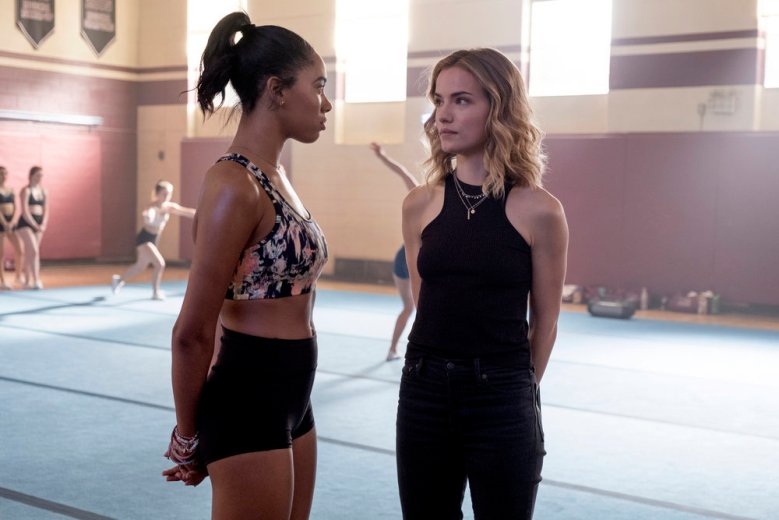 Even before the blood starts flowing, “Dare Me” is a show dripping with the anxiety of potential danger. Its main characters are members and leaders of a high school cheerleading squad, and whenever they or one of their cohorts go flying through the air, a safe landing is never guaranteed. Watching these aerial maneuvers against a sea of psychological chaos is the contrast that not only gives this USA series its anxiety, but its artistry. It’s the kind of slow-churn vice grip you’d expect from a show based on Megan Abbott’s novel of the same name, in which Addy Hanlon relates the circumstances surrounding a shocking event that rumbles the foundation of her Midwestern town.

Abbott’s book was told through Addy’s eyes and ears. “Dare Me” the series builds out the rest of the perspectives of those that the book captures just in overheard conversations and merely hinted at characters. There’s the ongoing, unstable best friendship between Addy (Herizen Guardiola) and cheer squad teammate/partner in toxic co-dependency Beth Cassidy (Marlo Kelly), but the show also follows Beth home to see the dysfunctional intricacies of her own life. It flows through the high school administrative politics and through the presence of army recruiters in the school’s hallways.

For the cheer team, what semblance of order that existed gets morphed with the arrival of Coach Colette French (Willa Fitzgerald), who displaces Beth at the top of the official decision-making hierarchy. That change in the status quo sets off a series of ripples that eventually lead to both a strengthening of the team’s resolve and a fracturing of many of the interpersonal relationships that had held it together in the first place. Most episodes of the show kick off with their own particular chapter of physical and psychological violence, always pointing back to Addy and Beth and Coach while incorporating various figures in their orbit.

Those slow-motion intros help to do what the book does so well: blur the line between what we’re meant to assume is real and what’s a product of a character’s own projections. “Dare Me” takes full advantage of providing out-of-context sentiments and visual tableaus to consider, all before slowly filling in the pieces of how the core players helped contribute to them (or helped extricate someone from them).

It’s also a process that plays out in nearly every conversation. Co-created and adapted by Gina Fattore and Abbott, the series turns the simplest of sentences into tiny blades that warring squad members carefully aim at the most delicate places. When Coach’s activities away from school grounds weave Addy into a web of uncertainty that brings the two closer together, they’re often speaking about their respective situations in roundabout ways, even when they’re not in danger of being overheard. The needs and hopes that bring others in that web together slowly sets the board for an escalating psychological showdown that turns everyone into a tactician. 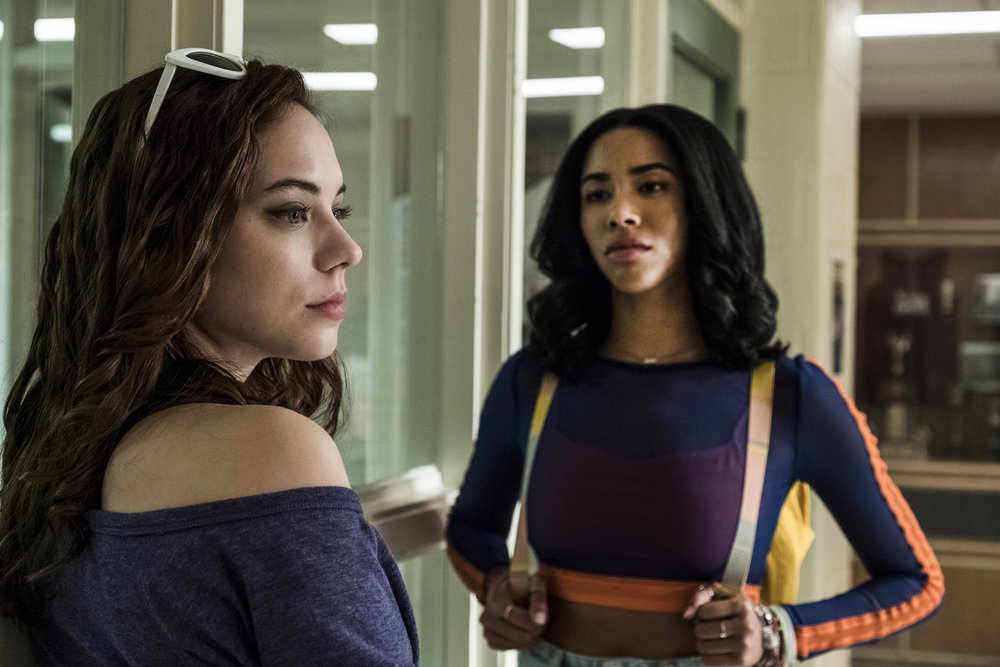 That plotting via mental acrobatics is best seen in the trio of performances at the center. Guardiola is the stable force the show needs, even if this version of “Dare Me” doesn’t stay exclusively in Addy’s viewpoint. There’s just enough recognition in her expression when things are or aren’t going to plan that you believe Addy can hide what she needs from all except the keenest observers. One of those is Coach, who Fitzgerald plays as reserved and enigmatic enough at the start that it’s easy to see how everyone, from students to lovers, can project onto her whatever they want. When the consequences of her and her cheer team’s actions start to manifest themselves, it’s notable what Fitzgerald allows to come to the surface.

And then there’s series-best work from Kelly, who gives the kind of performance that eschews an easy “villain” label, even as Beth frequently strays into unforgivable waters. With Kelly staring daggers into co-stars of all ages, it’s easy to see why the rest of the cheer squad regards Beth as a force not to be underestimated. Seeing Beth so in control in the early going makes it all the more terrifying when Kelly lets that fatally confident exterior drop and uncertainty takes it toll.

There’s also a strong sense of physicality to “Dare Me,” one that comes from it treating these cheer exercises as more than just glossy music video fodder. Rather than just have Beth’s half-sister Tacy (Alison Thornton) or RiRi (Taveeta Szymanowicz) talk about how important practice is, part of the “Dare Me” buildup is seeing the repetitive work that eventually leads to their sweeping routines. It’s exciting to see when the squad does stick its choreo, but there are plenty of insert shots of straining limbs as reminders that it doesn’t happen by accident, either in the world of the show or in the process of getting it to the screen.

When the main source of drama is unclear intentions or mixed signals, “Dare Me” wears its hazy, dreamlike exterior well. As the season progresses and those nightmares become a little more literal, the cuts between hallucinations and reality become slightly less effective. But when that disorienting, who-to-believe framework gets reflected from multiple angles, “Dare Me” truly delivers. One mid-season installment seamlessly investigates the building blocks of a dangerous mistake, orchestrated in time and space with the kind of fearlessness that Coach is seen demanding of the squad. It’s storytelling gymnastics that work in both form and content, a feat of balance that’s thrilling when everything in its right place.

This Article is related to: Television and tagged Dare Me, TV Reviews, USA