In both writing and performance, Michael Emerson's Leland has encapsulated how no one on the CBS series is exactly who they seem. 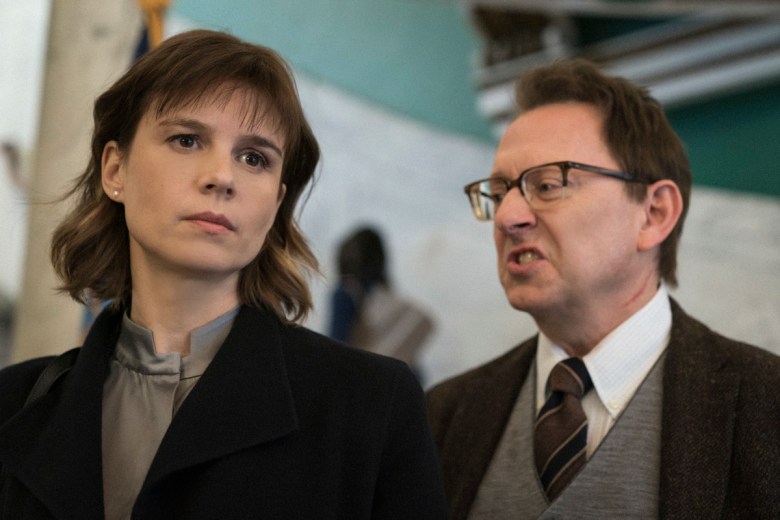 After almost an entire season of trying to be a master societal manipulator, “Evil” finally pulled the curtain back on Leland Townsend’s vulnerability. Thursday night’s episode closes with him in what seems at first like an ordinary therapy session. As the camera pulls out wider, the audience sees that he’s not sitting across from a licensed, professionally-dressed psychologist, but a furry horned beast.

“Evil” has proven throughout its first season that not everything is as it appears, but regardless of interpretation, having Leland confessing his feelings to a monster carries with it some kernel of truth. When series co-creators Michelle and Robert King recently spoke with IndieWire, they said that final image was representative of how they’ve approached the dividing line of reality.

“I think you can very legitimately tell yourself that’s how Leland experiences his therapist,” Michelle King said.

It’s also something that, in a way, the show has slowly built on as the series’ opening season has progressed.

“One of the things we thought we could get away with more, as you get brought into the bath of the show, is that metaphors are real and realities are metaphors and you’re never sure. That little demon child Kristen saw being born in the cornfield: Was that a real experience or was that hallucinogenic and represented some emotional state?” Robert King said. “Many of the scares in the show, whether George coming at her at night or the psychological scares, I think we’re allowed to get away with them and still suggest that reality is very pragmatic and empirical.”

Despite the initial premise of the show — psychologist Kristen Bouchard (Katja Herbers) and priest-in-training Catholic Church investigator David Acosta (Mike Colter) each with their own responses to the unexplained — “Evil” has mined plenty of engaging storytelling out of showing the way the central pair and those they encounter begin to overlap. This week’s example comes in the form of the latest verbal showdown between Kristen and Leland.

Empowered by a season’s worth of interacting with the tormentor who’s done everything including infiltrate her family, Kristen finally uses some of Leland’s tricks against him. When she pushes back against his insults and threats, Kristen does so using his own methods of psychological button-pushing, even delivering them in Leland’s own cadence.

“Talking in the writers room about that episode, it was just like, ‘Oh God, here’s another one of those conversations between Katja’s character and Michael Emerson. How could it be different?'” Robert King said. “And Rockne [S. O’Bannon], one of our writers, had this idea of ‘What if she turns the tables? Instead of going to this place where high noon is a place where things get even more melodramatic, what if she deflates it, pulls the rug out from under him?’ So she’s the aggressor there, just like when she had the knife to his neck [in Episode 6].” 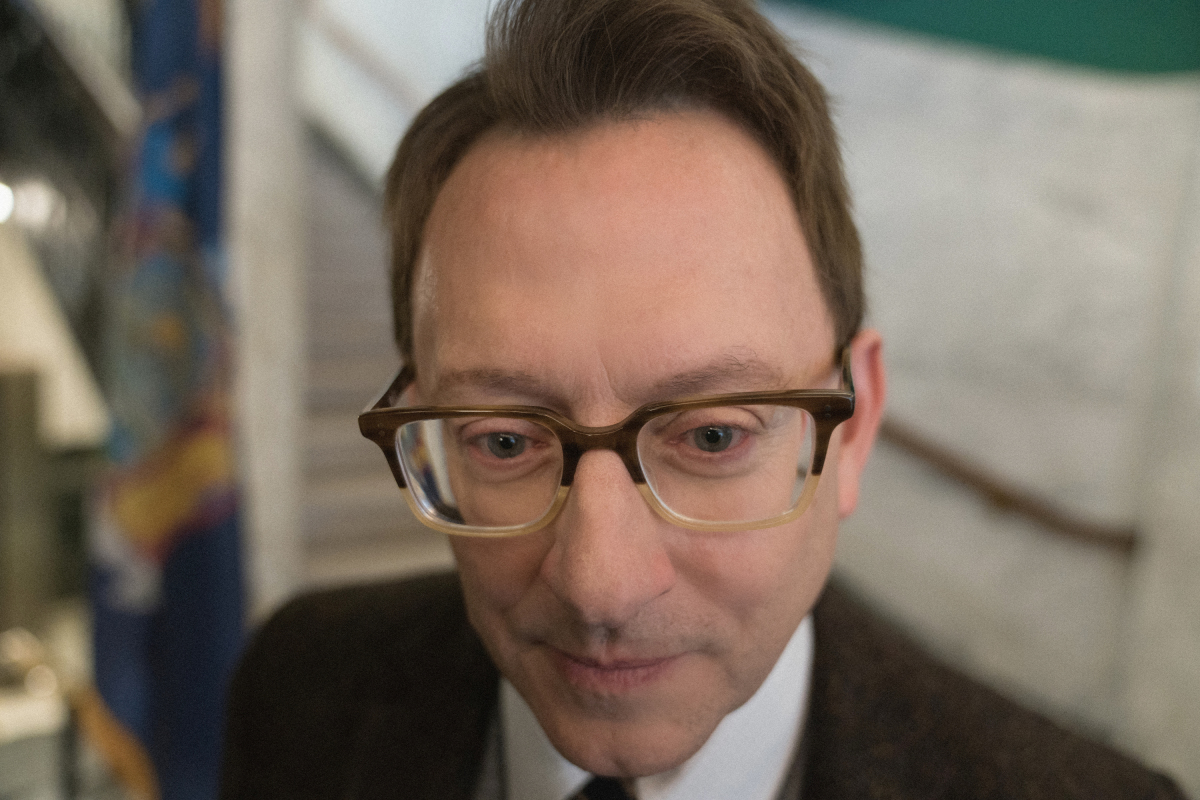 As the above allusion to Kristen’s farm-set mushroom trip indicates, Leland is far from the only character who’s gone through an evolution this season. But there were extra considerations with Leland, especially when certain scenes called for him to be desirable to other people. One significant one was the midseason multi-episode arc that found Leland trying to recruit a disaffected young man to join an online incel community.

“There was tremendous care taken on the production level on that. Because anything you put on television, even if you say they’re villains, suddenly when they’re in front of a camera and they’re glamorous,” Michelle King said. “Everything was done to make sure we saw that this is not somebody you want to be.”

When preparing to film one particular scene where Leland is trying to inspire Sebastian (Noah Robbins) to kill David and the members of his prayer group, the Kings said that Emerson’s thoughts on the scene led them to reevaluate what kind of language Leland was using to encourage his would-be apprentice.

“We all looked at it and went, ‘Oh, maybe we went one step too far.’ So we pulled back,” Robert King said.

“It’s nice when you have an actor who’s sensitive and smart and was thinking not in terms of ‘How many lines do I have?’ but ‘How is this impacting the world and should we have a conversation about it?'” Michelle King said.

Performances like Emerson’s have also allowed “Evil” to live in a more artistically interesting middle ground of ambiguity when it comes to explaining whether the week-to-week mysteries are being shaped more by the tangible or the supernatural. It’s episode-closing questions like that devilish therapist that have kept “Evil” in a place where it doesn’t have to be quite as explicit about how the different pieces of the show’s puzzle fit together.

“I would confess that at the beginning of the year, I didn’t know whether we’d be able to do it. I thought we’d have to tip our hand towards ‘The world is supernatural’ and we really didn’t want to. I was a little worried we couldn’t kind of keep this rolling as long as I think we could,” Robert King said. “We had this thing in the writers room, which is ‘We don’t want to Scooby-Doo this.’ You just don’t want to be in that world, where you’re always saying, ‘Uh, yeah, it’s the amusement park guy who wanted to scare us away.'”