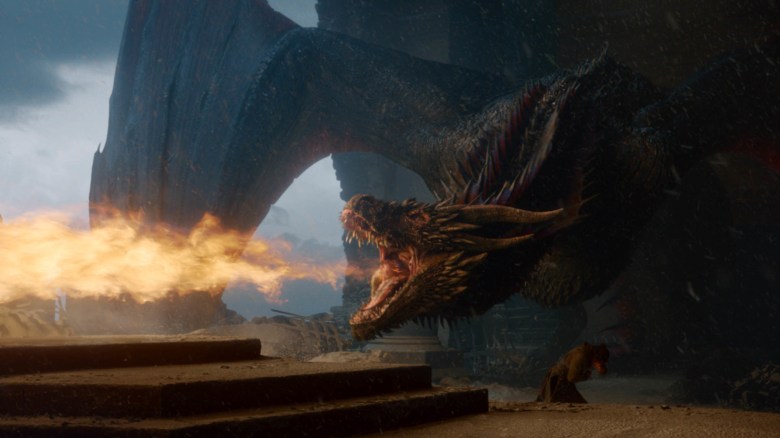 “Game of Thrones” fans might not have too long to wait for the first of many developing prequel series to hit the cable airwaves of HBO. In a new chat with Variety, HBO programming chief Casey Bloys hinted at a possible 2022 airdate for what will likely be the first spinoff to arrive: “House of the Dragon.” While Bloys was reticent to announce an official date — after all, the series has not yet laid out production dates — he did tell the trade that the team is “in the room breaking story right now. … My guess is we’ll see it on the air in ’22.”

In the waning days of HBO’s fantasy hit, the cable outfit hinted at a number of potential spinoffs, sequels, and prequels that could follow the smash series. At one point, the rumored series numbered four, and then as many as five possible offerings. The first to make it out of the gate: “House of the Dragon,” focused on the early days of House Targaryen.

In November, HBO announced that it was giving a straight-to-series order to the prequel series “House of the Dragon,” with Emmy-winning director and “Thrones” alum Miguel Sapochnik directing the pilot and co-showrunning the series with Ryan Condal. With George R.R. Martin and Vince Gerardis serving as executive producers, the new prequel series is based on Martin’s “Fire and Blood” novel, and takes place 300 years before the original series, and focuses on the rise of House Targaryen.

Over the intervening months, other possible series have fallen by the wayside, including a prequel set to star Naomi Watts from writer Jane Goldman. As for that show’s pilot, one that HBO chose to pass on earlier this year, Bloys was a touch more chatty.

“Pilots — sometimes they come together, sometimes they don’t,” said Bloys. “And I would say that was very much the case here. There’s nothing I would point to and say ‘Oh, this was the problem.’ … That [prequel] was 8,000 years before the current show, so it required a lot more invention. One of the benefits of ‘House of the Dragon’ is there was a text from George and there was a little bit more of a roadmap. [Goldman’s prequel] did have more challenges in terms of establishing a world, but I think she handled that beautifully… there wasn’t one glaring thing.”

This Article is related to: Television and tagged Game of Thrones, HBO, House of the Dragon