With America Ferrera as executive producer, this stylish series from first generation Chicano writers developed from a hit web series. 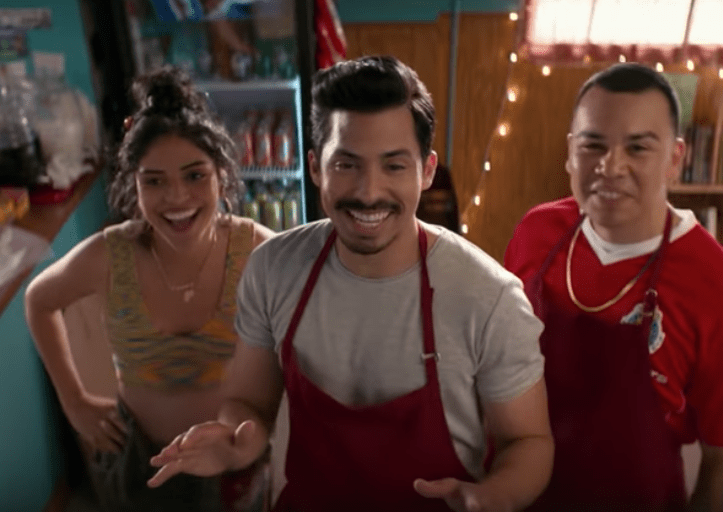 Netflix may have disappointed Latinx viewers when it canceled the beloved “One Day at a Time,” but the streamer is hoping the dynamic new series “Gentefied” will help mitigate the pain. The brand new series, which is set in the rapidly gentrifying East Los Angeles neighborhood of Boyle Heights, began as a web series before making its way to Netflix. Written by first generation Chicano writers Marvin Lemus and Linda Yvette Chavez, “Gentefied” is the latest TV show to develop from a web series, which made waves when it premiered at Sundance in 2017.

Per the official synopsis: “Created by two Chicano first-gen writers, ‘Gentefied’ is a half-hour dramatic comedy adapted from the 2017 Sundance digital darling of the same name. In this badass bilingual series about family, community, brown love, and the displacement that disrupts it all, three Mexican-American cousins struggle to chase the American Dream, even while that same dream threatens the things they hold most dear: their neighborhood, their immigrant grandfather, and the family taco shop. Set in a rapidly changing Los Angeles, the Spanglish dramedy will navigate important themes like identity, class, and balancing insta-fame with translating memes for their parents. But most importantly, ‘Gentefied’ will settle once and for all how to pronounce Latinx. A love letter to the Latinx and Boyle Heights communities, creators Marvin Lemus and Linda Yvette Chávez hope ‘Gentefied’ will let their little cousins rocking adidas, hoops, and big dreams see themselves on the big screen in ways they only dreamed of growing up.”

Though Netflix is billing the show as a dramedy, the fast-paced half-hour episodes and charismatic characters are as lively and entertaining as any comedy. The three main characters hit on unique issues in the Latinx community: There’s a chef trying to impress in the white-male dominated restaurant industry, a dutiful grandson with commitment issues, and an aspiring painter juggling her daughter and girlfriend.

‘Gentefied’ premieres on Netflix on February 21. Check out the trailer below.

This Article is related to: Television and tagged America Ferrera, Gentefied, Netflix