Gerwig has been snubbed in the Best Director race at the Golden Globes and the Directors Guild of America awards. 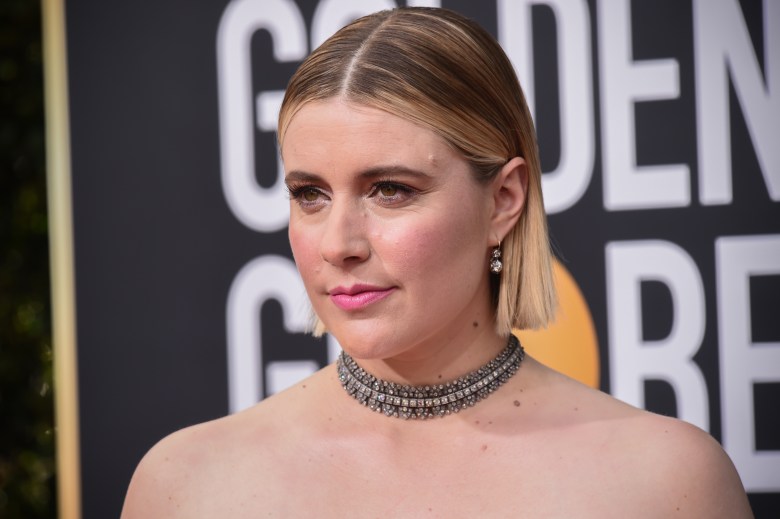 Greta Gerwig put Golden Globe voters in their place while attending the 2020 ceremony earlier this week. During her recent appearance on “Jimmy Kimmel Live,” the “Little Women” director told the late night host about the moment she encountered members of the Hollywood Foreign Press Association before the awards show began. Gerwig got inside The Beverly Hilton early as she skipped doing much press on the carpet. It’s here where Gerwig didn’t let HFPA members off the hook after they tried to tell her they wanted her nominated for Best Director.

“I was not nominated, but I was there to support [‘Marriage Story’ director Noah Baumbach]. He was doing all this press and I was just there early. I was in this banquet hall with no one there and then I saw all of the members of the Hollywood Foreign Press Association inside and they were like, ‘We voted for you!’ And I was like, ‘Well you didn’t. I didn’t get nominated. So maybe one of you did but it’s not possible that all of you did.'”

Gerwig also attended the Globes to support her “Little Women” star Saoirse Ronan, who was nominated for Best Actress in a Motion Picture Drama, and Alexandre Desplat, who was nominated for Best Original Score. Those were the only two nominations “Little Women” received at the 2020 Golden Globes. Gerwig was shut out of the Best Director race in favor of nominees Quentin Tarantino (“Once Upon a Time in Hollywood”), Martin Scorsese (“The Irishman”), Bong Joon Ho (“Parasite”), Sam Mendes (“1917”), and Todd Phillips (“Joker”). Mendes was named the winner of the category.

Gerwig and Baumbach are partners and both find themselves Oscar contenders this year thanks to “Little Women” and “Marriage Story,” respectively. When asked by Kimmel if they pick each other’s films during nomination voting, Gerwig was lovably honest and admitted that’s not the case. “Everyone’s selfish,” she added. Following her Globes snubs, Gerwig was also shut out of the Best Director race at the DGA Awards. Next up are the Oscar nominations on Monday, January 13.