Meet the writers behind some of the best movies of the year, from "Little Women" to "Avengers: Endgame" and "Toy Story 4." 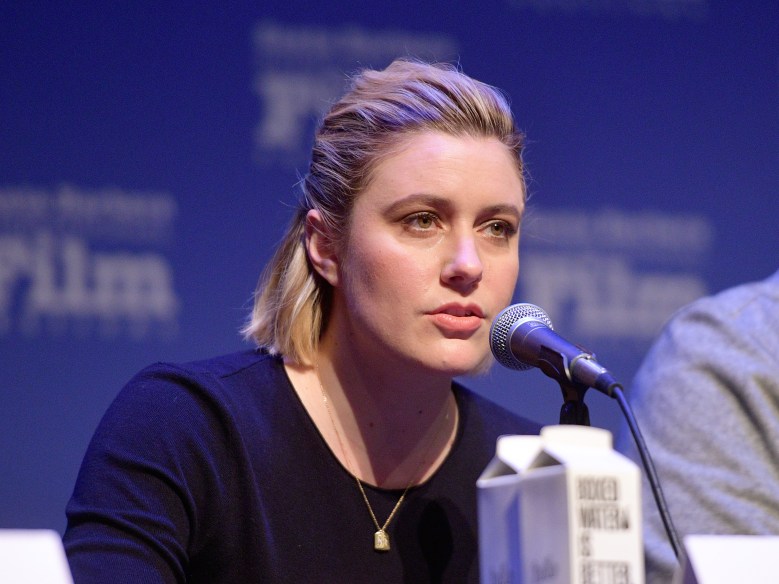 The Santa Barbara International Film Festival “It Starts With the Script” panel is always my favorite panel of the year, with the year’s most lauded and gifted screenwriters.

Some of this year’s gang wrote scripts about real people. Writers Guild Award nominee Noah Harpster wrote “A Beautiful Day in the Neighborhood” about children’s television host Fred Rogers with his partner Micah Fitzerman-Blue, and Lulu Wang based BAFTA and Indie Spirit nominee “The Farewell” on the true story of a family secret.

Harpster’s “A Beautiful Day in the Neighborhood” is the little movie that could. He and his partner nurtured it over 10 years, turning their obsession with Mr. Rogers, who was “unwaveringly awesome for 76 years,” Harpster said, into a story about a journalist (inspired by Esquire’s Tom Junod) who was changed by meeting the “warlock toddler whistler” and “emotional archeologist.” The writers got access to Rogers’ archives and eventually won over his widow. “Her only demand was that we not treat her husband as a saint,” said Harpster. Rogers was eventually played by Tom Hanks, earning his first Oscar nomination since 2000’s “Castaway.” 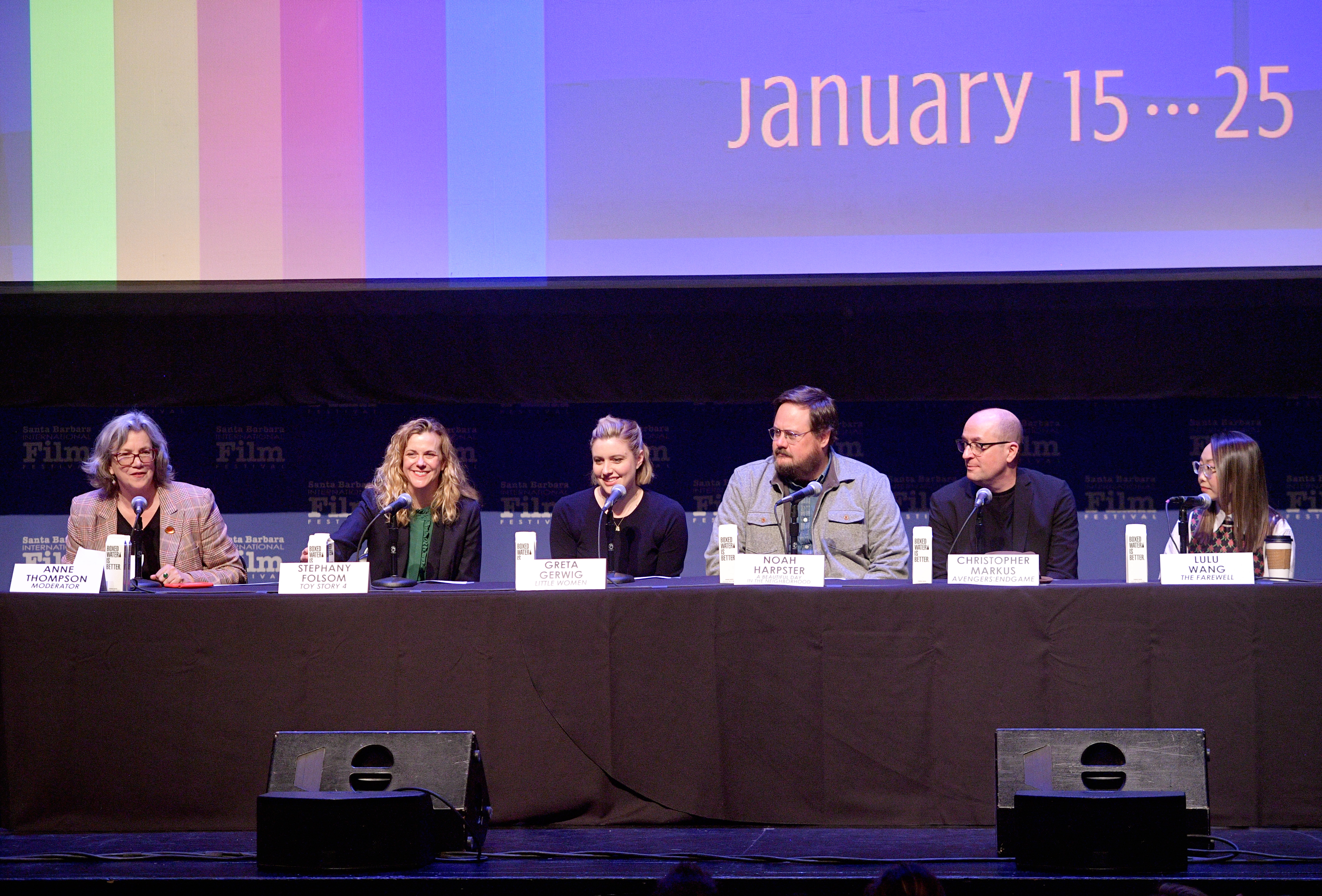 Wang became a director to protect her writing, she said. And following her first feature “Posthumous,” she was ready to give up directing, because after not finding any support for “The Farewell” (A24), she was able to tell her story about her grandmother Nai Nai’s cancer diagnosis without interference via public radio’s “This American Life.” After it aired, phone calls from producers and financier Big Beach came in and she was able to make her film her way. Wang realized that her movie was a horror film: The fear of her family lie being revealed created necessary tension, she said: “You don’t need a climax if there is the constant fear of the monster in the background.”

Serendipitously, Barnard College Philosophy major Gerwig had just reread the children’s classic “Little Women” when her agent tipped her that Sony’s Amy Pascal was ready to make a seventh movie version. “I felt I knew it so well and yet [it was if] I hadn’t read it,” she said. “I realized it was about women and art and ownership and money. ‘Little Women’ “so melded with who I was. I always wanted to be Jo March.”

Gerwig learned how to write screenplays when she was auditioning for acting roles by comparing working scripts to the final films. She got herself into Pascal’s office to pitch, well before “Lady Bird,” and won the writing assignment, having collaborated with her partner Noah Baumbach on “Frances Ha” and “Mistress America.”

And when “Lady Bird” hit big, she was handed the directing reins as well. She wanted “to explore authorship and the distance between how you fictionalize something and what actually happens,” she said, using Jo March (Saoirse Ronan) as an avatar to do things that Alcott didn’t do. As for the meta ending, it weaves together Alcott’s fact with her own fiction — and she’s leaving it to audiences to interpret that, she said.

Of the 21 films Pixar has released since 1995, just four (“Brave,” “Inside Out,” “Finding Dory,” and “Incredibles 2”) have focused on a female lead. Over the years, Pixar has gradually increased the participation of women throughout the Bay Area company, from animators and designers to story artists. When Pixar approached Folsom to come talk to them about a new project, making her sign an NDA first. When they told her it was “Toy Story 4,” she said, “Why?” She couldn’t believe they could improve on “Toy Story 3.” But Andrew Stanton had a ten-page treatment and convinced her it could be done, along with director Josh Cooley, producer Jonas Rivera and the Pixar brain trust. Writing an animated Pixar movie is about screening rough animated scenes for the brain trust and seeing how they play, then revising and repeating this process until a sequence is deemed ready to go to animation.  Folsom developed smart, capable survivor Bo Peep as well as the concept of the frightening outside world for childless toys. Bo Peep was about, Folsom said, “Who do you become when the world throws you out?” 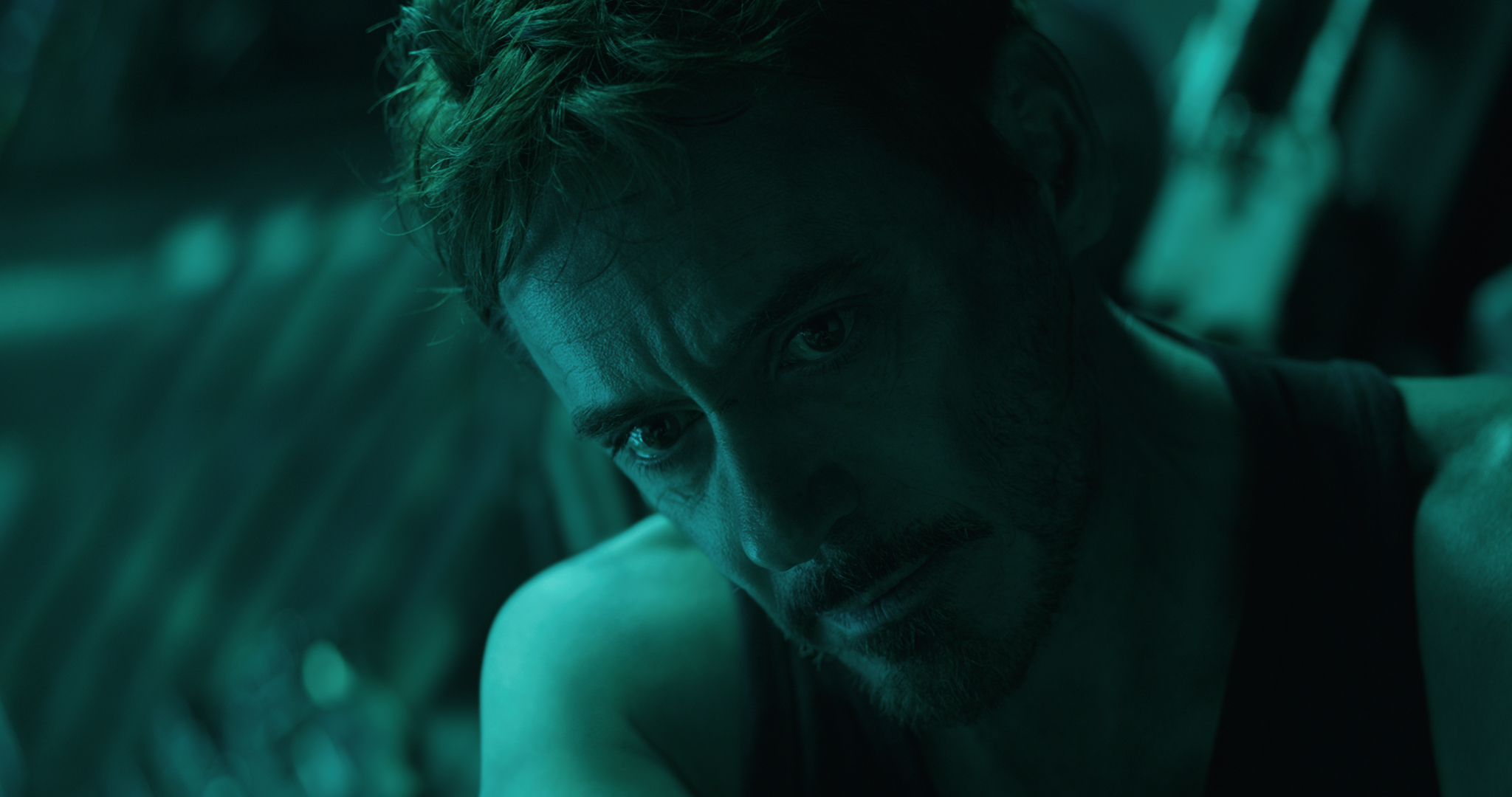 Back in the ’90s, Markus figured he could become a writer after watching an episode of “Baywatch.” “Hey, somebody writes that and they get paid to do it!” he said. He went on to collaborate with partner Stephen McFeely on such projects as “The Life and Death of Peter Sellers” and “The Chronicles of Narnia,” eventually entering the Marvel universe, where they specialized in Captain America and Thor and took on the task of meeting the challenge of what was originally called “Avengers: Infinity Wars” parts one and two. They broke down this massive enterprise by following the characters where they needed to go — through Thanos’ snap of death — and saying goodbye to the likes of Iron Man/Tony Stark in the process. When I asked Markus to defend recent attacks on Marvel movies, he referenced Scorsese. “Well, Martin…” he said. “You don’t go again and again to watch things blow up. You can call it a theme park, but you don’t ride the rollercoaster all day. Genre is a delivery system for stories.”

In the video below, the writers also dig into their process, the scenes that most challenged them, and what they have coming up next. Wang is show-running a TV series with an all-female writers room, while Markus and McFeely are leaving Marvel to work with the Russo brothers on a movie about another horror story, the Cambridge Analytica scandal. Gerwig, for one, is tackling Chekhov’s “Three Sisters” on Broadway before taking on a “Barbie” movie.