MGM reportedly did not want to spend $80 million on a Bond movie centered on Berry's "Die Another Day" character. 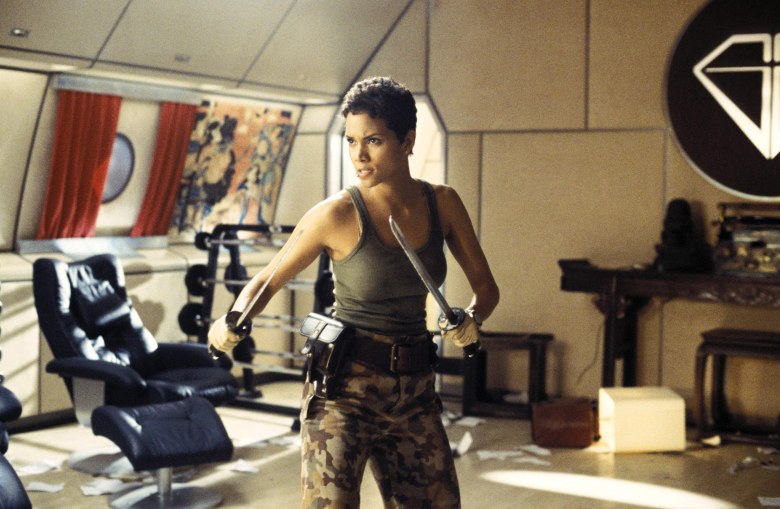 The Bond film franchise is celebrating its 58th year in 2020 with the release of Daniel Craig and Cary Fukunaga’s “No Time to Die,” and it’s miraculous the series has managed to avoid spinoffs and prequels over the last nearly six decades. But it hasn’t been the for the lack of trying. In a recent interview with Variety, longtime Bond producers Barbara Broccoli and Michael G. Wilson looked back at the 007 franchise extensions that have been killed over the years. One pitch from studio MGM was to create a “Smallville”-inspired television series that follows a teenage Bond as he attends Eton College. Broccoli and Wilson nixed the idea.

One 007 spinoff movie that Broccoli did champion was centered around Halle Berry’s “Die Another Day” supporting character Jinx. The producers were eager to give Berry her own movie, which would have been the first direct spinoff of a Bond film. As Variety reports, “The play was foiled when MGM got cold feet about the film’s $80 million budget. That decision left Broccoli incensed. One of her main goals as steward of 007 has been to shake off some of the chauvinism that characterized Bond’s appearances in the novels and early films.”

Berry’s Bond debut in “Die Another Day” landed in 2002, the same year Paul W. S. Anderson’s “Resident Evil” launched with Milla Jovovich front and center. “Resident Evil” grossed just over $100 million worldwide on a $30 million production budget, a big success by any margin. The year prior, Angelina Jolie launched “Tomb Raider” to $247 million worldwide. Both “Resident Evil” and “Tomb Raider” are video game properties and their successes proved at the turn of the century that female-driven action films extended from popular franchises could work at the box office. And yet, MGM balked at the chance to make a Berry-starring Bond spinoff for $80 million. It’s easy to see why Broccoli was angry, as moviegoers were already embracing female action movies at the time and Berry’s Jinx was a wildly popular breakout character from “Die Another Day.”

Years later, Broccoli and Wilson would fight MGM again over the casting of Eva Green in “Casino Royale,” the first Bond movie to star Daniel Craig. Variety reports MGM had concerns over casting Green because studio executives feared the French actress would not be able to master an English accent. Broccoli and Wilson pushed back and eventually won out. Green earned acclaim for her “Casino Royale” performance and is often credited as one of the best and most progressive Bond girls in the franchise’s history.