Rachel Morrison directed the first two episodes, which won't shy away from the consequences of the opioid epidemic. 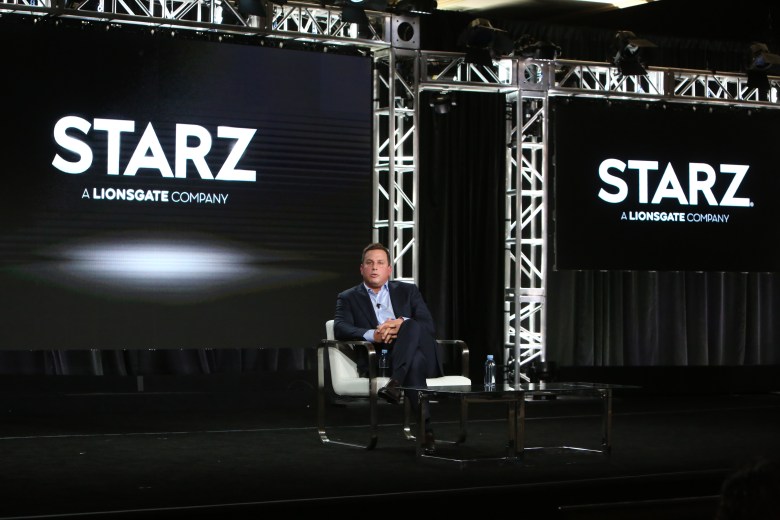 Jeffrey A. Hirsch, president and CEO of Starz.

Cape Cod might seem like an idyllic summer retreat, but Starz’s upcoming “Hightown” drama will shine a sinister light on its denziens. The series, which has Rachel Morrison (“Fruitvale Station,” “Black Panther”) as director for the first two episodes, will follow a women’s journey to sobriety in the midst of a murder investigation and the region’s growing opioid epidemic. Starz revealed a new teaser for the show, which will premiere sometime in the spring, ahead of a “Hightown” panel during the Television Critics Association 2020 Winter Press Tour in Pasadena Tuesday evening.

“Hightown” serves as Morrison’s first venture into TV direction, and she noted that she learned a great deal about creating a style for the show — while having the confidence that subsequent episode directors would maintain a consistent tone. Morrison said everyone was supportive of the show’s look, and its new teaser, which meshes hard partying with relentlessly bleak imagery, makes clear that the series won’t shy away from the darker elements of opioid abuse.

Hirsch declined to discuss Orlando Jones’ controversial firing from “American Gods.” Jones, who portrayed trickster god Anansi on the show, claimed he was fired for “sending the wrong message to black America” in December, though producer Fremantle said his departure was not racially motivated and was due to Jones’ character not having a story arc in Season 3. Hirsch echoed Fremantle’s “story arc” defense during the Q&A portion of his executive session and declined to comment on Jones’ aforementioned claim.

Hirsch also mentioned the “Power” spinoffs, which were originally teased during the 2019 summer TCA, would be both prequels and sequels to the main series. In addition, he also noted that “The Girlfriend Experience” Season 3 would begin shooting in London in several months and would likely premiere either late in the year or early 2021.

Watch the “Hightown” teaser below: