Weaving's Agent Smith is one of "The Matrix" franchise's most pivotal characters. 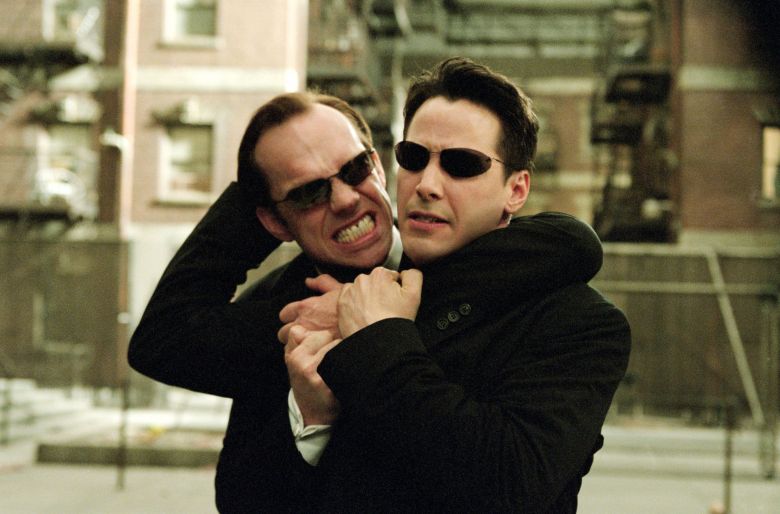 Warner Bros.’ official announcement about the next “Matrix” sequel (the film is untitled but will be the fourth feature in the franchise) included confirmation that series stars Keanu Reeves and Carrie-Anne Moss would be returning to their iconic roles. A “Matrix” film would be nothing without the involvement of Neo and Trinity in some capacity. The same could be said for Agent Smith, the original trilogy’s villain, famously played by Hugo Weaving. Agent Smith is one of the most pivotal characters in “The Matrix” franchise, so it seemed reasonable for fans to expect the character to pop up in the upcoming fourth movie. Unfortunately, Weaving will not be involved in the project. The actor confirmed to Time Out London that he’s sitting “Matrix 4” out because of scheduling conflicts with his theater performance of “The Visit.”

“It’s unfortunate but actually I had this offer [for ‘The Visit’] and then the offer came from ‘The Matrix,’ so I knew it was happening but I didn’t have dates,” Weaving said. “I thought [I] could do both and it took eight weeks to work out that the dates would work – I held off on accepting [a role in ‘The Visit’ during that time]. I was in touch with [director] Lana Wachowski, but in the end she decided that the dates weren’t going to work. So we’d sorted the dates and then she sort of changed her mind. They’re pushing on ahead without me.”

It’s entirely possible Agent Smith could appear in “Matrix 4” using a different actor (rumor has it the plot involves younger versions of the trilogy’s characters, including Yahya Abdul-Mateen II as a young Morpheus), but Weaving’s absence will certainly be felt. Former “Matrix” star Jada Pinkett Smith is returning for the next film as well alongside franchise newcomers Jessica Henwick, Neil Patrick Harris, Jonathan Groff, Toby Onwumere, Max Riemelt, and Eréndira Ibarra. Warner Bros. has already set a May 21, 2021 theatrical release date for the film.

Weaving’s National Theater production of “The Visit” runs January 31 through May. Weaving is starring opposite Leslie Manville in Tony Kushner’s update to the Friedrich Dürrenmatt play. Production on “The Matrix” is expected to begin in February.

This Article is related to: Film and tagged Hugo Weaving, The Matrix, The Wachowskis