From "Austin Powers" and "Meet the Parents" to "Recount" and "Bombshell," director Jay Roach has had an "interesting" career trajectory. 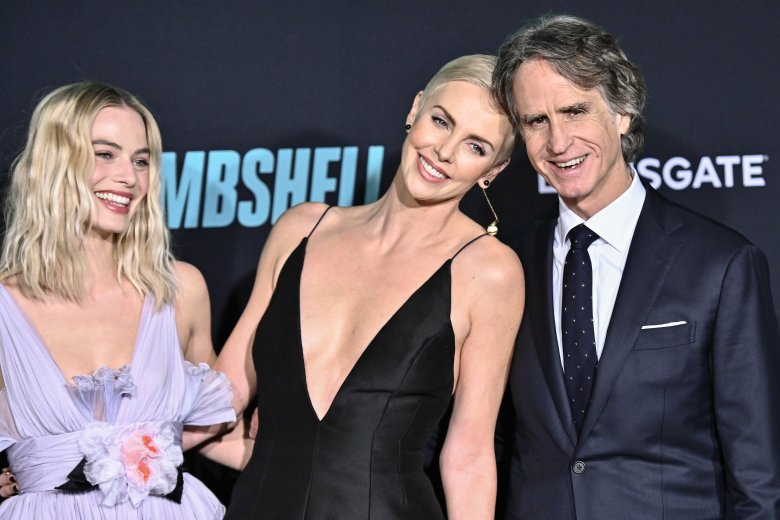 For over a decade, director Jay Roach was known primarily for his work in comedic films. From the “Austin Powers” trilogy to the “Meet the Parents” franchise, Roach had carved out a niche for himself in directing broad comedy blockbusters. Then in 2008, he somewhat surprisingly shifted more to political drama films — and more impressively, critically-acclaimed and awarded films — starting with the HBO movie “Recount” (about the 2000 United States presidential election).

Roach recently spoke with Deadline’s Pete Hammond about his surprising transition over the years from being a comedy director to a political director.

“Yeah, it’s confusing, isn’t it,” Roach joked about his “interesting” filmography. “I might’ve been better off just sticking to one thing and getting a sort of signature vision established, but that wasn’t in the cards.”

Roach credited Austin Powers himself, Mike Meyers, with giving him his big break in comedy directing. “He’s a genius, and he helped me get started. Was a blast to learn comedy… Really, I didn’t know much about comedy when I started that. I certainly liked comedies. But I had never really directed any. So it was a pretty amazing experience.”

“It was a fun train to be on,” Roach said, of his time as the “it” director of comedy for that time period. “It’s an interestingly small group of people that the studios would trust to do comedies. And you’re quite aware that you have a short shelf life. When you think of all the great comedy directors who kind of had a really hot period but weren’t allowed to keep it going, it was daunting.”

Comparing it to being like an athlete, Roach added, “I decided to try to branch out before my expiration date and got to do ‘Recount’. Partly ’cause Sydney Pollack gave me, similarly, a kind of miraculous break, asking me to take over that movie, ‘Recount’, for him, which he was gonna direct.” Pollack had to pull out of directing the film because of his battle with cancer.

Hammond brought up Roach’s branching out to more political or “ripped from the headlines” filmmaking since 2008. “I don’t mind calling them political, because it seems like everything’s political,” Roach told him. “Even when I went to film school, there was such a great Marxist tradition in film criticism: There are no such things as non-political films, everything has politics.”

Roach continued, “But these films go at the issues in politics that worry me. Every one of them in a certain way is an anxiety dream of how fearful for the state of civilization [I am]. ‘Recount’ was the best example of that.”

And for that anxiety, Roach has considered his political films “therapeutic,” even though they don’t necessarily have answers — as he admits he doesn’t have all the answers — but strives to ask questions. For Roach, the dilemma he tries to bring to his political films is, “How then shall we go forward as a civilization, and how do we figure out how to get along and solve problems as a group, when obviously all the forces are against that?”

Roach also addressed the inherently difficult issue of telling a story about three women through the lens of a male director and a male screenwriter. After Charlize Theron sent him Charles Randolph’s “Bombshell” script —  originally just as a friend, asking for notes — she then asked him to direct the movie and he said yes. But he soon questioned if he was the right person for the job, noting that it would mean the movie’s both written and directed by a man, despite being a film about female empowerment.

“And then, of course, [I] had a lot of questions about, you know, ‘Should I be directing this, as a man?'” But as he told Theron before he even took the directing job, “This is a story that really is as much for men — maybe more for men — to just give them a sense of, ‘What is it like to go through this?’ And I needed to know, so, I thought if I could make a film that answered my questions or somehow gave me some new insight into it, that maybe I could offer that to other men. ‘Cause I do think men have to be part of this. We’re a huge part of the problem. … [‘Bombshell’] is for men, at least as much [as for women].”

This Article is related to: Film and tagged Bombshell, Jay Roach