The actress tweeted to suggest she might be revisiting her character from J.C. Chandor's 2014 crime film. 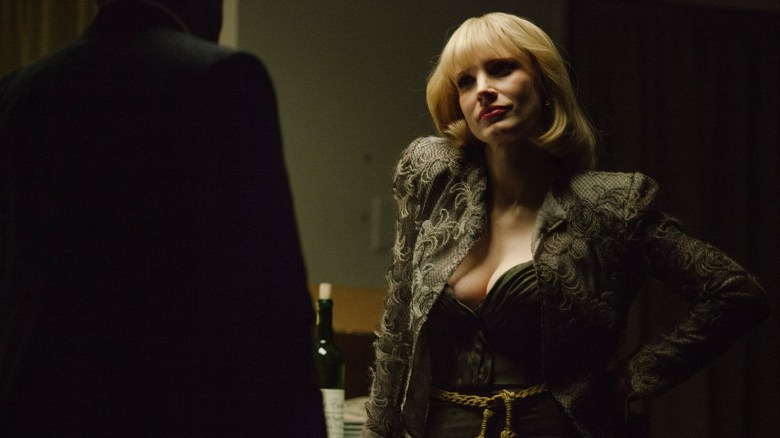 “A Most Violent Year”

Are we getting a sequel to “A Most Violent Year”? That’s what actress Jessica Chastain suggested on New Year’s Day via Twitter with a series of cryptic messages, embedded below. The original film, released in 2014 and directed by J.C. Chandor, is a 1980s-set crime thriller starring Oscar Isaac as an immigrant fuel supplier embroiled in a moral quandary amid the corruption of his oil empire. Chastain co-starred as Isaac’s wife, Anna, in a witchy role outfitted with press-on nails and a Brooklyn accent. “Guess who may be visiting these characters again?” she said on Twitter.

What form such a sequel will take remains an open question. A feature film? A limited series? The original movie, made for $20 million, eked out $12 million worldwide — hardly penetrating the global consciousness but impressing critics with its visual and narrative rendering of 1981 New York. Chastain especially earned praise for her turn as Anna Morales. The actress picked up a 2015 Golden Globe nomination for Best Performance by an Actress in a Supporting Role, and won Best Supporting Actress from the National Board of Review, which also crowned it 2014’s Best Film and Oscar Isaac Best Actor.

Meanwhile, Chastain, who has a surfeit of projects coming up, from Tate Taylor’s “Ava” to Michael Showalter’s “The Eyes of Tammy Faye” and Simon Kinberg’s “355” and more, was most recently seen in the horror movie “It Chapter Two,” playing the grown-up Beverly Marsh. She also appeared earlier this year in “X-Men: Dark Phoenix,” and would have appeared in Xavier Dolan’s December release “The Death and Life of John F. Donovan” had the Canadian director not cut her role from the film.

See Chastain’s Twitter messages about “A Most Violent Year” below. As The Playlist points out, Chastain has previously expressed interest in continuing her role. “To me, she feels like Dick Cheney. I’d love to explore that more with her,” she said in a 2013 interview.

Um, are we getting a MOST VIOLENT YEAR sequel?! https://t.co/scdmXK0PyX

This Article is related to: Film and tagged A Most Violent Year, J.C. Chandor, Jessica Chastain