Carrey told IndieWire he's "not going to waste another moment" on "President What's His Name," instead finding artistic inspiration in the "genius" of Bong Joon Ho's film. 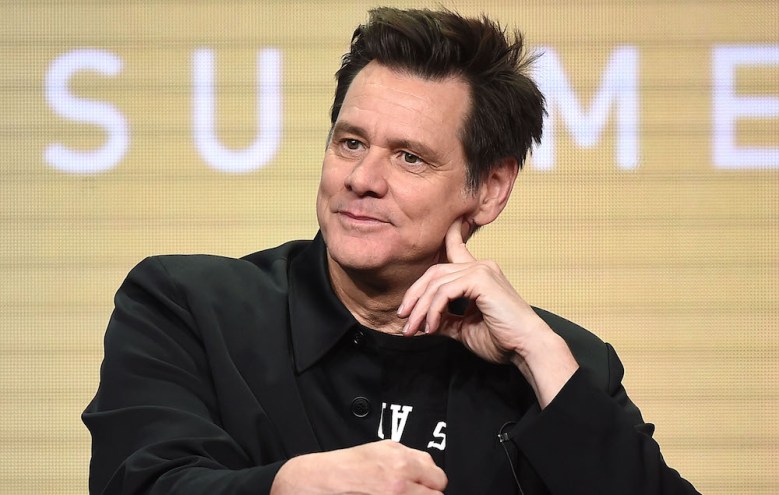 Jim Carrey is trying to focus on the positive in 2020, and to do so, the actor and artist is moving on from one of his ugliest muses: President Donald J. Trump.

“Between the parts I’m playing and what’s actually occurring in my life, it’s really extraordinary,” Carrey said in an interview with IndieWire. “Well, there’s this political thing, but I basically didn’t bring that into 2020 with me. That’s gone — pretty much, for the most part.”

Carrey spent much of 2019 creating satiric, politically-themed paintings, many of which blended topical Trump statements with critical portraits of the man himself. Since debuting his cartoons in August 2017, the actor has drawn (no pun intended) fire for some of his more controversial depictions, but he’s also made his voice heard on plenty of vital issues. His last painting of the year (at least, the last painting he posted to Twitter) showed the president’s face peering into — or, perhaps, merging with — a toilet bowl, where his peculiar complaints about modern plumbing circled his angry visage.

“I’ve said what I need to say, and I’ve allowed it to inhabit my body and cause whatever low vibrations do to a body. You know, I sounded my yelp, I warned people, and that’s enough. They know how I feel,” Carrey said. “So I’ll vote in November, and that’s that. If the wheels come off the wagon completely, then I’ll meet them in the street. But I’m not going to waste another moment of my time with a narcissist, President… what’s his name again?”

Instead, Carrey is finding positive inspirations in the new year. Along with the sentiment, “Let’s fill our hearts up with gratitude,” he greeted 2020 with what appears to be a self-portrait of the actor ogling a mango, and continued the mango theme with two more posts.

“I’m excited about the films I’m seeing,” Carrey said. “I’m excited about ‘Parasite’! That fucking movie is amazing! I was just crying at the end of that movie because it’s everybody’s relationship with their father — they want to pull their father out of the cellar, [like] one day I’ll do something and you can just walk up the stairs. Oh my God, man! That’s just genius. That’s just genius in its approach, its execution, everything, just genius.”

Carrey also said he called Adam Sandler after watching “Uncut Gems,” lamenting its lack of Oscar recognition but loving the work itself. “The Safdie brothers? Amazing!” Carrey said, unprompted. “Sandler I called up and I said, ‘Hey, you didn’t get the juice, but that shit rocked! You rocked it, my friend.'”

“I absolutely adored ‘JoJo Rabbit,'” Carrey said. “I’m excited about the absolute buoyancy and brilliance of that. To take a subject that serious and treat it that way, that’s heaven sent, man. That’s why we’re in this. That’s why we do this, movies like that. It’s just gorgeous to me.”

Carrey may not be in the 2020 Oscar race, but he’s gearing up for a big spring. “Kidding” is set to return February 9 on Showtime, following a critically-hailed first season that also snagged two Golden Globe nominations (including a nod for Carrey’s performance). He’s also the villainous lead of Paramount Pictures’ “Sonic the Hedgehog,” which will hit theaters February 14.

Beyond those projects, Carrey is excited to keep challenging himself — and to stay positive.

“I’m so excited for everybody. That those types of things are still being made, that great art is still being made gives me hope about everything. It’s wonderful, and I just want to be in all of it,” Carrey said, with a laugh.