Joaquin Phoenix is widely considered a lock to earn an Oscar nomination this month for his performance in Todd Phillips' comic book drama. 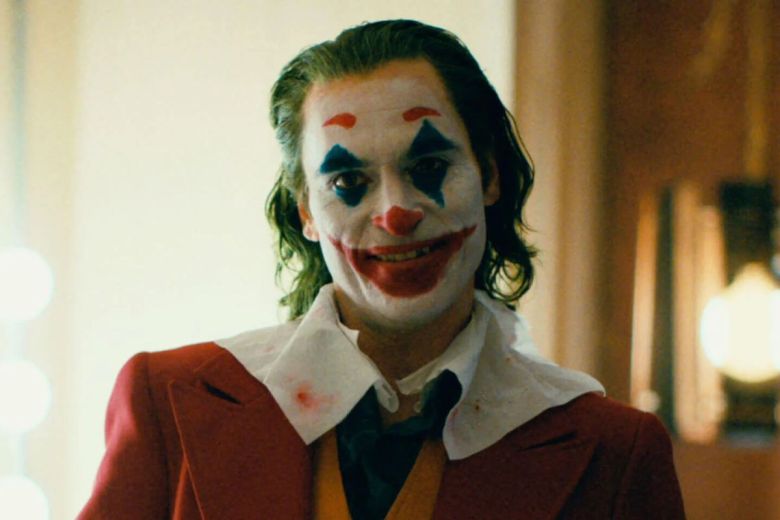 Joaquin Phoenix has now won the Golden Globe for Best Actor in a Motion Picture Drama thanks to his critically acclaimed performance in Todd Phillips’ revisionist comic book movie “Joker.” Believe it or not, the Golden Globe victory is Phoenix’s first major Best Actor win of the 2019-20 awards season outside of smaller critics’ groups. The majority of precursor Best Actor prizes this season have been awarded to Adam Driver of “Marriage Story” or Adam Sandler of “Uncut Gems.” Phoenix was nominated for the Golden Globe awards opposite Driver in “Marriage Story,” Christian Bale in “Ford v. Ferrari,” Jonathan Pryce in “The Two Popes,” and Antonio Banderas in “Pain and Glory.”

Phoenix’s victory for “Joker” gives the actor his second Golden Globe award after taking home the award for Best Performance by an Actor in a Motion Picture Comedy or Musical in 2006 for “Walk the Line,” in which he played Johnny Cash. Phoenix has received additional Golden Globe nominations for his performances in “Gladiator,” “The Master,” “Her,” and “Inherent Vice.”

Ever since “Joker” debuted at the 2019 Venice Film Festival (where it took home the prestigious Golden Lion), Joaquin Phoenix has been widely considered a lock to earn an Oscar nomination for Best Actor. Phoenix’s biggest competition at the Golden Globe was Driver, and the two men are expected to be in a heated Oscar race over the next month. Driver and Phoenix will face off once again at the Critics’ Choice Awards and the Screen Actors Guild Awards in the Best Actor categories.

“Joker” stars Phoenix as clown-for-hire and struggling comedian Arthur Fleck, whose downtrodden life takes a turn when his violent side sets him on a path to becoming the infamous Gotham City villain. The movie opened to $96 million in the U.S. on its way to a domestic haul of $333 million and a staggering global gross of $1.06 billion. These numbers make “Joker” the highest-grossing R-rated film in history (unadjusted for inflation), and the most profitable comic book film ever made.

The film’s popularity among audiences broke through early concerns from some film critics that “Joker” might entice violence in some audience members. Other complaints thrown at “Joker” accused the film of sympathizing with its murderous main character. Phoenix told IndieWire in the fall that all of the gray areas in the film’s script convinced him to agree to star in a comic book movie. The actor was long hesitant to join a comic book tentpole and even passed on Marvel’s “Doctor Strange” several years ago.

“I couldn’t come up with any answers,” Phoenix said. “That’s what made me feel I had to do it. I felt overwhelmed and terrified by it. Usually when I’m scared of something, it makes me feel like I have to go towards it. I had so many mixed feelings about the character. And I like that. I don’t think we have enough of that in movies, particularly in a superhero genre movie. I hate the idea of labeling something, just mostly because I don’t really know what the genres are.”

Previous winners of the Golden Globe for Best Actor in a Motion Picture Drama include Rami Malek in “Bohemian Rhapsody,” Gary Oldman in “Darkest Hour,” Casey Affleck in “Manchester by the Sea,” and Leonardo DiCaprio in “The Revenant.” All of these winners went on to win the Academy Award for Best Actor, which is a good sign for Phoenix’s Oscar chances. Repeat Globe-to-Oscar winners also include Eddie Redmayne in “The Theory of Everything,” Daniel Day-Lewis for “Lincoln,” and Colin Firth for “The King’s Speech.” The only time in the last decade where the Golden Globe winner for Best Actor in a Motion Picture Drama did not win the Best Actor Oscar was George Clooney in “The Descendants.” Clooney was Oscar nominated but lost the Academy Award to Jean Dujardin in “The Artist,” who won the Best Actor Golden Globe in the Musical/Comedy category.

It should be stressed that the HFPA voters are not Academy members, which means there is no overlap between the voting bodies that decide the Golden Globe winners and the Oscar winners. Phoenix’s Best Actor win is a huge boost to his visibility as a serious Oscar contender (especially given the track record of previous Globe winners to go on and win the Oscar), but his Oscar chances will be better defined later this month by whether or not he can win the SAG Award. The acting branch is the largest one in the Academy and has lots overlap with the Academy.

This Article is related to: Awards and tagged Golden Globes, Joaquin Phoenix, Joker