The story is based on the 2017 book of the same name, which chronicles the mysterious 1920s murders of Osage Nation citizens. 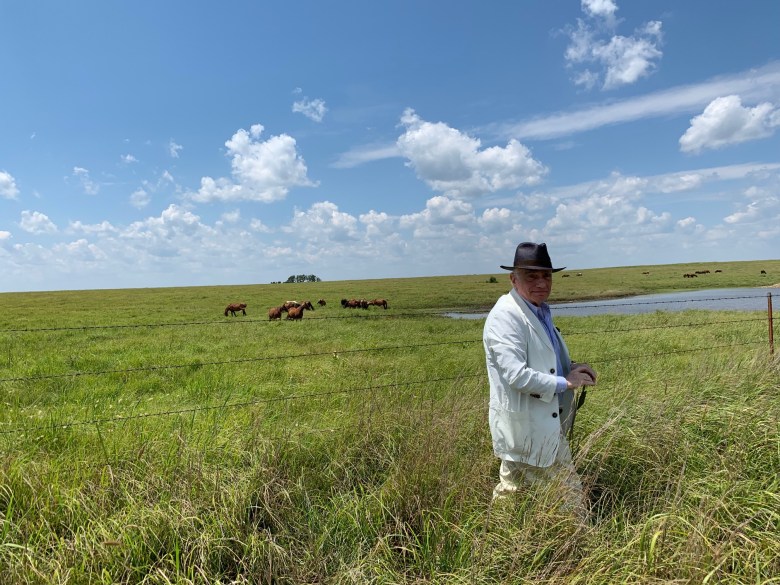 Martin Scorsese’s Oscar-contending “The Irishman” follow-up will be “Killers of the Flower Moon,” which is based on the 2017 book of the same name by David Grann (“The Lost City of Z”). The story chronicles the mysterious murders of Osage Nation citizens, who in 1920s Oklahoma became the center of a major F.B.I. investigation involving J. Edgar Hoover. The film will star Scorsese favorites Leonardo DiCaprio and his “Irishman” star Robert De Niro.

The project has been rumored to be in the works since 2019, with a spring or summer 2020 principal photography date set. In December 2019, Scorsese’s recurring cinematographer Rodrigo Prieto not only verified the rumor, but also confirmed that “Flower Moon” was gearing up to start principal photography in March 2020.

At the time, Prieto, who also shot Scorsese’s “The Irishman,” was in Bartlesville, Oklahoma, performing camera tests for “Flower Moon.” The cinematographer said the look and feel of the film was still being tweaked.

Scorsese was spotted in Osage County, Oklahoma, scouting locations for the shoot. It’s a locale that also served as the filming location for Terrence Malick’s “To the Wonder.”

“We’re thrilled that this unique story will be filmed where it took place, in Osage County, and welcome the production to experience our innovative communities and imaginative people to bring this story to audiences around the world,” said Oklahoma Lt. Governor Matt Pinnell, Secretary of Tourism and Branding. “I couldn’t be more proud to have our state showcased through the lens of this film.”

“I’ve learned so much from the both of them,” DiCaprio said while presenting the Life Achievement Award to Robert De Niro at the 2020 SAG Awards. “I’m fortunate to call them collaborators; Bob since ‘This Boy’s Life’; and Marty since ‘Gangs of New York.’ And after 30 years, to work alongside Bob again in Martin Scorsese’s upcoming drama ‘Killers of the Flower Moon’ is a true honor.”

“As actors, we don’t take victory laps; we’re too worried about what our next job’ll be,” De Niro joked during his acceptance speech. “So, it makes me very happy to know that my next job is working with you and Marty. At least I know I’ve got another year of health insurance.”

“Killers of the Flower Moon” tells the story of the Osage Indians, who, in the 1920s, became the wealthiest group of people per capita in the world because of oil under their land in Oklahoma. They were then serially murdered in one of the most sinister crimes in American history. The case became one of the FBI’s first major homicide investigations. The FBI sent in a team of undercover agents, including one of the only Native Americans in the bureau. They eventually caught one of the masterminds. However, as Grann’s book documents, there was a deeper and darker conspiracy that the bureau never exposed.

This Article is related to: Film and tagged Killers of the Flower Moon, Leonardo DiCaprio, Martin Scorsese, Robert De Niro